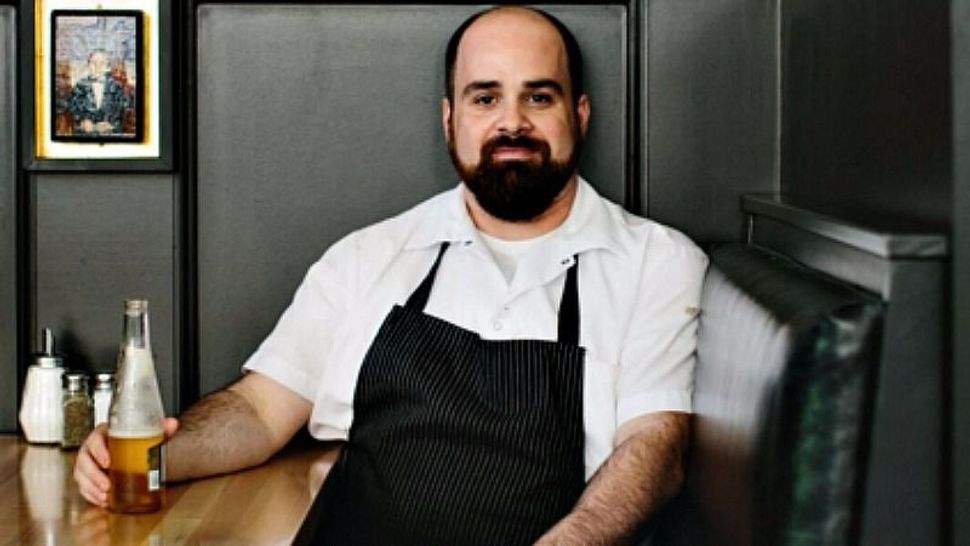 Secret ingredient?
The secret ingredient is the most obvious ingredient. It’s all about the potato. It’s important to let the star ingredient shine. All you need is a little egg and flour to help bind. The raw onion is there for flavor, and it also keeps the latke moist.

Type of oil?
The two best fats for making latkes are animal based. Clarified butter is delish. Schmaltz is a secret weapon for sure!

What’s the one thing home cooks should not do?
Don’t flip the potatoes too early. Wait for them to brown; this way they hold together better for the flip and you can maximize flavor and textures.

Preferred potato?
Kennebec is the best. No sugar and high starch — makes for a great lightly golden and crunchy latke.

*Applesauce, sour cream or other?**
Both. Together. Side by side. Some smoked fish wouldn’t hurt as well.

Best latkes you ever had?
At Hanumas, a blend of Christmas and Hanukkah party that wonderful friends throw each year. Four of five people are responsible for making the latkes. Two hundred to 300 will be made over the course of an hour or so — it’s a latke party. They were perfect latkes, better than I remember from my childhood. Love them!