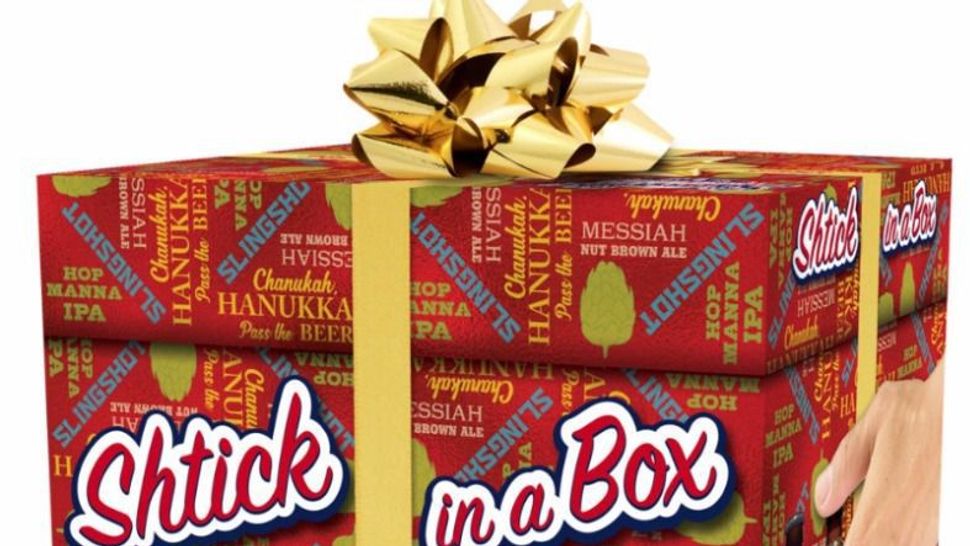 Then there’s Shtick in a Box, a variety 12-pack that includes three brews that have taken gold at the World Beer Championships: Messiah Nut Brown Ale, Slingshot American Craft Lager and Hop Manna IPA. The fourth variety in the pack, Hanukkah Beer, has taken silver.

During the holiday season, Shmaltz is offering a long list of events around the country that involve tap takeovers, food-beer pairings and beer flights, all under the rubric 8 Crazy Flights. Here’s a schedule of events. The brewery and taproom are located in Clifton, New York, where brewery tours are available every weekend of the year.

Shmaltz Brewing officially turns 20 this season and is, according to the company, “the largest, the smallest, the most award winning and astonishingly still the only Jewish celebration beer company in the country.”