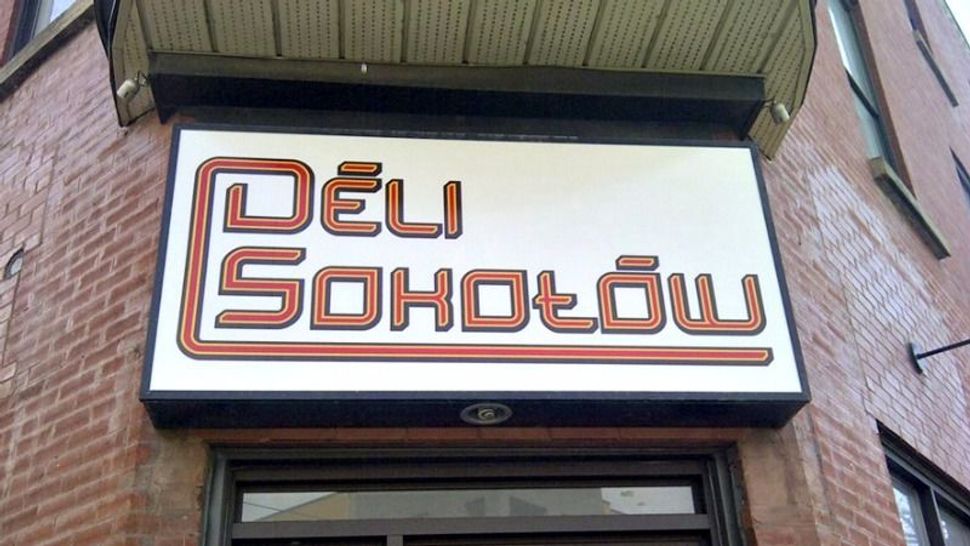 My radar went off when Shayne Gryn told me his entire staff had called in sick. Strange though it sounded, I took him at his word.

It was Labor Day weekend 2016. I was leading a group of 16 Forward fans on a tour of Jewish Montreal and Toronto. As one of our dinner stops, I’d chosen Deli Sokolow, Gryn’s nouveau deli in the hot St-Henri neighborhood. Gryn’s latke poutine, a Semitic spin on a Quebec favorite, had made headlines. But when we arrived, Gryn stood alone in his restaurant — no waitstaff, no cooks, no nothing.

With my haphazard help in the kitchen, he Gryn was able to crank out my group’s orders — not the best setup, but at least we didn’t leave hungry.

Fast-forward to January 2017. After filing for bankruptcy, Deli Sokolow closed its doors this month. And former employees are furious. According to them, Gryn stiffed them for thousands of dollars. To shame him into paying — that’s the hope, anyway — they’ve set up a Facebook page with the agitprop name Committee for the Reclamation of Stolen Wages.

“The restaurant just closed its doors — that was it,” a former employee told me by phone last week. (She asked to remain anonymous.) “The power was cut off. It does appear they’d been planning to close, though. When I asked about vacation pay I was owed, the response was, ‘Well, the government can deal with it. We’ll direct you to some program.’” The ex-worker said she’s owed “hundreds” of dollars, while some of her former colleagues have much more outstanding from Gryn.

“The more an employee was friends with him, the less he was on top of things, the more he expected he could play it by ear,” she said. “We had a pretty friendly dynamic and that’s why it’s so uncomfortable.”

“I’m sorry for the grief and stress this has caused. This is a very difficult time for everyone involved,” he wrote. “The process of filing for Bankruptcy can be long. The former staff will, at a future date, be invited to a meeting with a Bankruptcy Trustee, who will facilitate enrolling them in the federal Wage Earner Protection Program, which will cover all outstanding pay and indemnities.”

In a harshly worded response, the Committee mocked Gryn’s apologies. “No new information is given in your response and once again, you place your travails in the centre of this conversation,” the group wrote.

For now, the ex-employee said she still holds out hope that she and other former workers will see some kind of compensation. “The WEPP [Quebec’s Wage Earner Protection Program] doesn’t guarantee a bunch of us getting paid at all, and we feel we have a better shot working collectively than navigating the situation individually,” she told me.

And for me, questions linger. Was Gryn being honest that night? Or did he claim his staff couldn’t work so he could pocket all the proceeds?

Gryn declined to comment, but I think I know what his former employees would say.