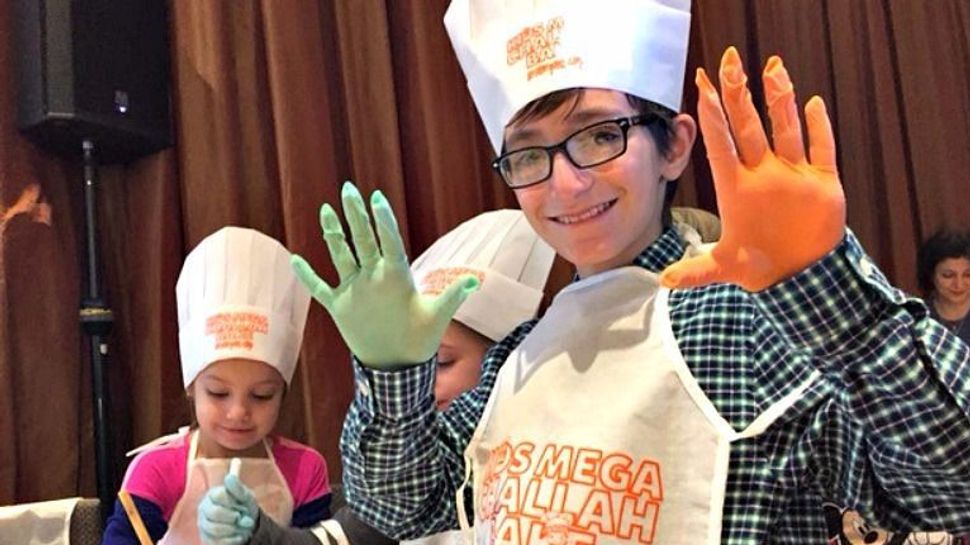 The author’s son learning how to bake challah as his grandfather did before him. Image by Lambeth Hochwald

Challah has never been just bread to me. I grew up watching my father proof his yeast every Friday at dawn before he’d race off to do rounds at the hospital, returning at midday to punch down and knead the aromatic dough before braiding and baking it.

My dad also ventured into rolling out savory and sweet biscotti and kettle-boiled bagels, but it was his weekly challah that made the biggest impression on me. 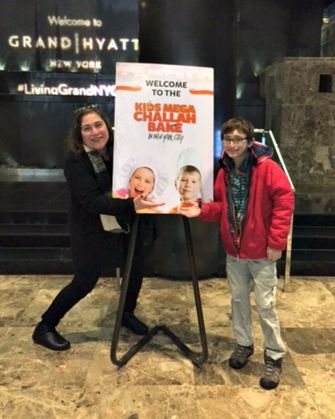 The author and her son. Image by Courtesy of Lambeth Hochwald

For a physician, the fun for him might have been in the science — the fact that you need the just-right water temperature/sugar combo to enable the yeast to grow. Or maybe kneading that dough took his mind off his sick patients for just a few minutes. I can’t ask him, because he died in 2007, but either way, the lessons I learned standing by his side, watching the flour fly and learning how to brush egg atop the loaves to make them shine a golden brown, remain among some of my most treasured memories.

So, when I heard about last weekend’s 2nd-annual Kids Mega Challah Bake in New York City, I knew I had to experience this with my 12-year-old son. At the event, kids would learn how to make challah from scratch and would make one to take home; the other to give to WIN (Women in Need), the largest provider of shelter and supportive housing for homeless families in New York.

For one thing, the event fulfilled a personal mission: Just a few weeks ago, I bought some yeast and tried to conjure up the challah-making memories of my youth. To no avail. As my son watched, we waited for the dough to rise. It never did.

Happily, for the 1,000-plus kids who gathered in a massive ballroom in the Grand Hyatt Hotel in Midtown to get the challah-making 411, you can be sure each and every bit of dough rose.

Atop each of our tables was everything needed to make Shabbat’s superstar: yeast, sugar, salt, flour, water, eggs and oil (and rubber gloves to keep the mixing and kneading as hygienic as possible). 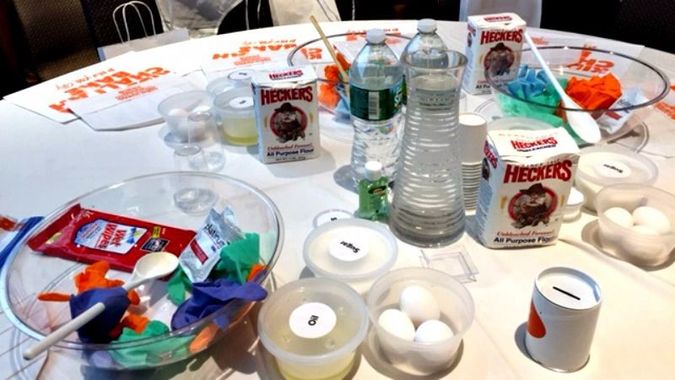 A table arranged for challah making. Image by Lambeth Hochwald

Some attendees, like Regina Shinder, a mom of two from Hackensack, New Jersey, were challah newbies.

“It feels intimidating to make challah for some reason,” said Shinder, who had just returned to the East Coast from Texas, where her husband was stationed in the military. “I’ve always wanted to make challah and watching these kids make it will inspire me to try.” 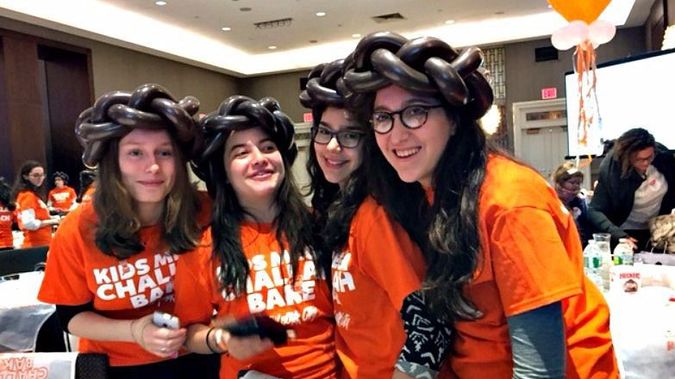 At the 2nd-annual Kids Challah Bake Image by Lambeth Hochwald

Even those moms who are regular challah bakers wanted their kids to experience the joy of kneading and braiding together as part of a larger community — and to share their methods.

“My friend, who is very religious, taught me how to make challah and she said you need to use an entire five-pound bag of flour to make it holy,” said Alana Katz, a Midtown mom of two daughters, who always mixes her dough by hand — never using any implements or a mixer. “That’s why we usually make five to six loaves at a time.”

My son marveled at the bubbles created by the marriage of yeast and sugar. He then joined two girls in a hearty kneading of their mountain of dough. (We learned that the key to kneading is to “push, fold, then turn the bowl.”) Watching him, I became lost once again in the marvels of Jewish tradition, and hoped that a little baking spark might have been lit that day in my son, who shares so many of his grandfather’s passions.

On the way home, we stopped at the store to buy more yeast.

Lambeth Hochwald is a New York-based freelance writer, who covers food, trends and celebrities. Follow her on Twitter, @lambethhochwald