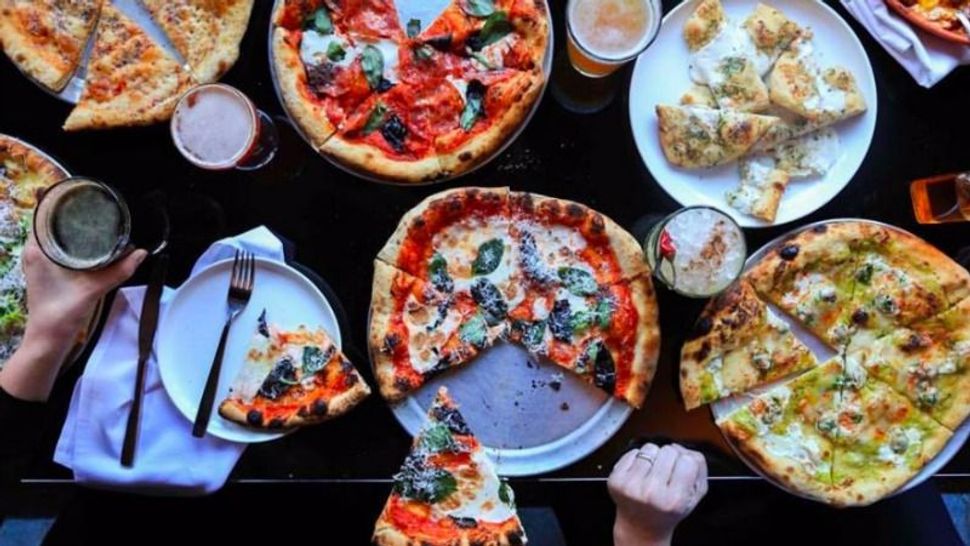 Splendid Slices: Of course honey-butter pizza isn’t the only kind available at the new Lady’s restaurant in Brooklyn. Image by Courtesy of Lady's

Is the world ready for honey-butter pizza?

Aaron Harsha thinks so. The 28-year-old New Orleans native is chef at Lady’s, a huge new Brooklyn Italian joint. Pizzas and pastas are the stars, but Harsha’s personal touch elevates it a notch — think casoncelli (a type of stuffed pasta) with short rib and sunchokes, or a pizza with cockles and lardo (that’s cured pork fat — kosher it ain’t).

Harsha spoke to the Forward from the restaurant’s kitchen.

Did you grow up with Jewish food?

I did, but it wasn’t until adulthood that I really started appreciating it. I loved latkes and the corn-syrup free chocolate lollipops you got during Passover as a kid, but that was pretty much it. It wasn’t until later in life that I started to appreciate chopped liver and farfel muffins. But other than an affinity for brisket and finding new places to put tahini, my cooking is pretty secular.

Brooklyn Magazine called Junior’s your closest dining competition. Did you spend any time there as you were getting Lady’s together?

They must have meant close geographically, because we couldn’t be more different in every other way. During the buildout and the early days of testing, I got more lunches from Junior’s than I probably should have. I’m a sucker for a Reuben. I managed to steer clear of the cheesecakes for the most part though. A fact of which I am very proud.

Honey-butter pizza sounds insane. What was the inspiration?

Serving pizza in Brooklyn is an intimidating proposition. Preferences and aversions are ingrained deeply. When I signed on to be the chef of a restaurant that serves pizza, I knew I didn’t want to get too whacky with them, but at the same time, I wanted something that would be different than what the competitors were doing. Honey and butter are kind of a no brainer as far as a flavor combination, but I didn’t want people to think of it as a dessert pie either, so I decided to throw on some Calabrian chilis and flaky sea salt. Basically, I learned long ago that my dishes come out best when I approach them with the singular mindset of making something that sounds delicious to me. Those are just about my favorite flavors out there, so why not give it a shot?

Who’s the Lady of the title?

The name Lady’s holds a lot of different meanings — it’s a nod to the pasta scene from Lady and the Tramp, the possessive is a hat tip to old-school Italian joints, but it is primarily an homage to our partner Ian Sugarman’s late mother, a very inspiring woman.