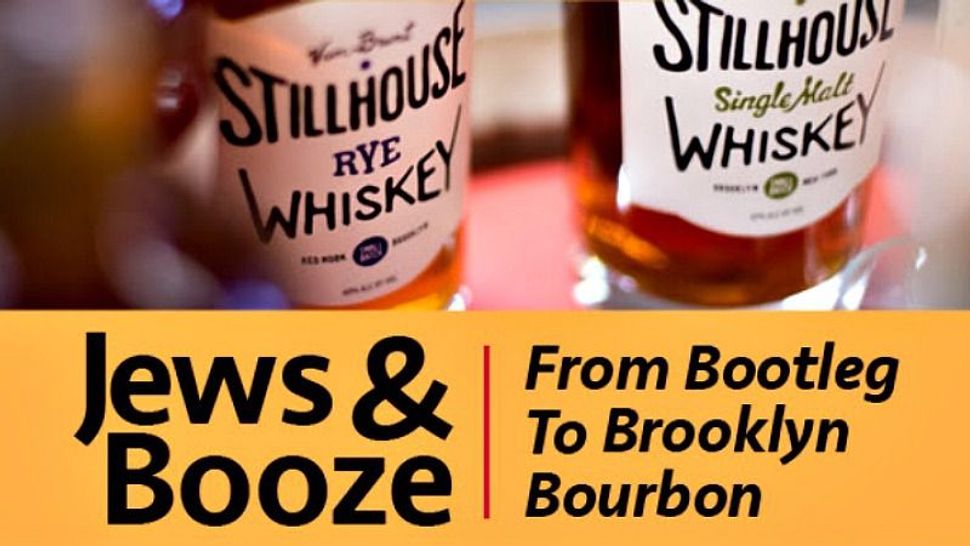 Every time I hear the old saw that Jews aren’t drinkers, I scratch my head and wonder if my family, colleagues and friends are all somehow a minority-within-a-minority — or whether this little piece of conventional wisdom is all wet.

Luckily, I work down the hall from an expert in such matters, Dan Friedman, the Forward’s executive editor and resident whisky correspondent. On March 7, he hosted a whisky tasting event called Jews & Booze: From Bootleg to Brooklyn Bourbon. I was able to satisfy at least some of my curiosity just by walking into his office and asking a few questions. 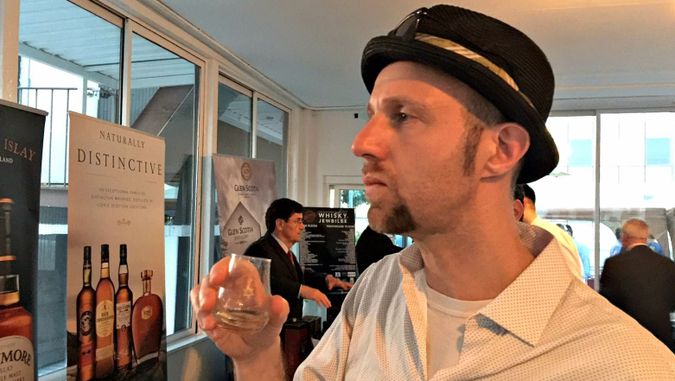 Where did the seemingly false characterization come from, given the evidence that Jews and booze go together like Scotch and rocks?

There seems to be a contingent perception, a late 20th-century American Jewish phenomenon, maybe to do with class, as they reached — or aspired to — an austere middle class. It’s certainly not the reputation Jews had in Europe in the 19th century, because for a variety of different reasons, Jews were heavily involved in the distilling and inn-keeping industries.

Jews were also involved in the booze business in 20th-century America, because prohibition led to deep Jewish involvement in the distilling industries, particularly Seagram’s.

The famous reason is that for religious purposes, Jews were allowed to have wine as a sacramental wine, and they therefore became hubs for “sacramental wine procurement.”

There’s a story I tell: Thomas Dewar of Dewar’s White Label is traveling in a dry county in the early twentieth century and he’s trying to get some whisky. He asks if he can buy some whisky, and the guy says, ‘I can’t sell you any liquor. What I can do is sell you some of this cholera medicine.’ He gives Dewar the cholera medicine and when the Scotsman turns it around he sees it’s got a Dewar’s label.

So it was a bit like that with the Jews. “I can’t sell you any liquor but I can sell you this sacramental wine.” It’s the people who had existing lines of trade who were set up for it, but the Jews had a special loophole.

So what about the idea that Jews don’t drink?

Apart from the class thing I mentioned above, I really don’t know where that comes from.

Maybe Jews haven’t traditionally got drunk in public with non-Jews because you would put yourself in danger… That’s speculation.

What I can say is that right after Saturday morning services, there’s a special time when you eat bread and drink wine, and over the last 15 years, this “kiddush” has increasingly come to include not just wine but also whisky. And there’s some very good whisky drunk.

Single-malt Scotch is always kosher because it can only have barley, water and yeast in it. It’s a controlled name, so that if it’s called single-malt Scotch, the Scottish government is making sure it adheres to its regulations.

And I think, the “Jews don’t drink” and “Jews don’t do sports” stereotypes that have grown up feed a broader stereotype of Jews that the men are feminized and weak — like the weedy Woody Allen-type stereotype, or Adam Sandler is kind of a whiny mama’s boy, and there are reasons for that — but I think that whisky has a stereotype of a manly man’s drink. And drinking single malt scotch is a way of being discerning, and Jewish and also, you know, properly masculine (not that women don’t drink it — I’m talking stereotypes here). I think Jews like to drink it because it’s a way of being part of that masculine American culture, it’s like there’s a vast number of Jewish baseball fans and Jewish baseball fans writing blogs. Insofar as is possible, Jews join in with these things.