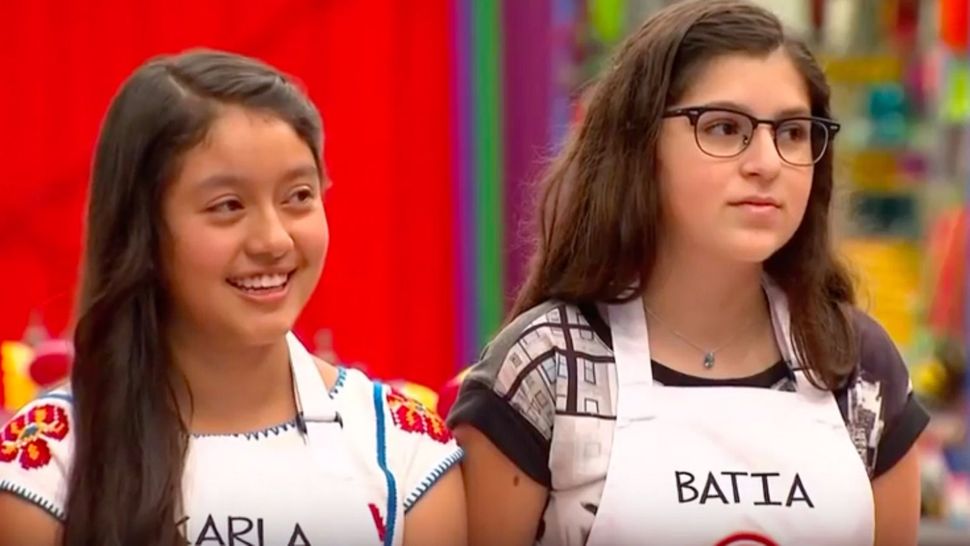 13-year-old Batia Bresca (right) explained to the judges why she would not taste her own pork dish during the cooking competition. Image by YouTube

JTA — A 13-year-old Jewish girl who cooked pork during a primetime reality show on Mexican TV said “my grandfather is going to kill me.”

Batia Bresca was clearly uncomfortable cooking non-kosher food during the premiere of the Mexican edition of “MasterChef Junior 2017” last week and invoked Jewish law when a referee asked why she did not eat pork, the Diario Judio news website reported Saturday. But her dish received good reviews and she advanced to the next phase of the show.

“I’m going to have to try it and my grandfather is going to kill me. That’s the end for me,” Batia said on the show.

The Mexico City teen is one of 18 contenders on the 13-week reality show. Bhatia has been learning to cook with her grandmother since she was 4. Oriental dishes are her favorite to prepare.

She may be expecting further wrath going forward: Batia will be expected to cook seafood and other foods prohibited by Jewish law.

Batia has traveled to Israel, the United States and across Europe, according to Azteca TV.

Mexico is home to some 50,000 Jews, Latin America’s third largest Jewish community after Argentina and Brazil.