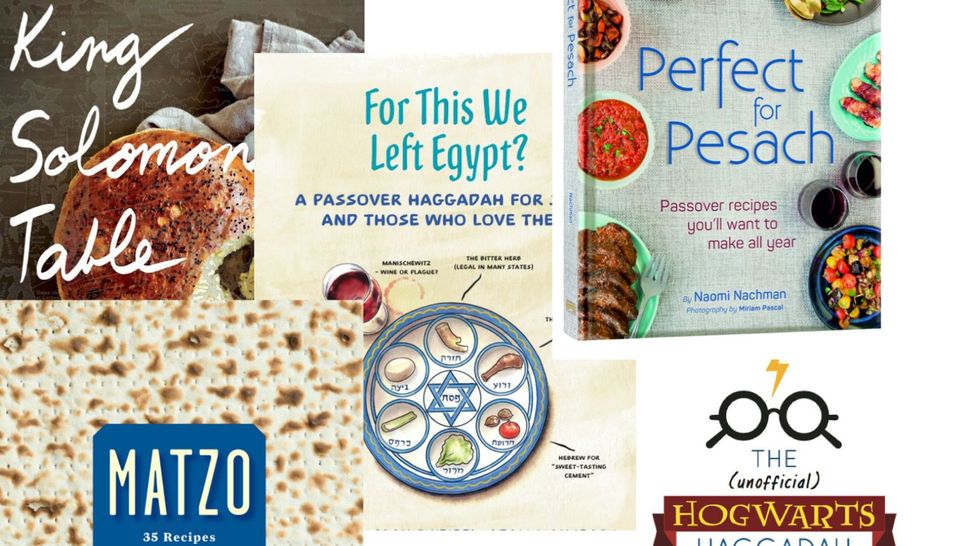 Mazel tov! You lucked out this year because someone else is hosting the Passover Seders. You may not have much to cook, but you definitely have to bring a gift. Do it because it’s the right thing to do. Do it because your bubbe taught you manners. At the very least, do it because you want to be invited back next year.

When you were a kid and your mom insisted you bring a book to your best friend’s roller-skating birthday party, you felt lame. But now that we’re adults, books are cool. On Passover, the most important question is the fifth one no one dares ask: Who wouldn’t want a book to help make it through the Seder and eight days of extra dietary restrictions? 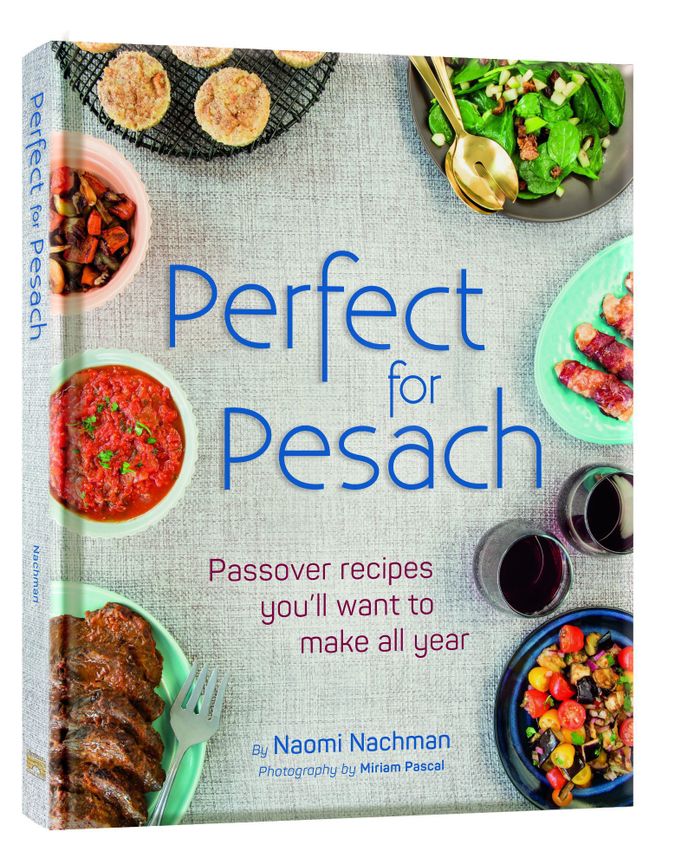 “Perfect for Pesach” is personal chef Naomi Nachman’s first cookbook, filled with a wide variety of Passover recipes that could easily be served any time of the year. Based on the title, you might think that the book is aimed at a more religious crowd, but it’s an approachable collection of Passover recipes that excludes kitniyot, (beans, legumes and rice traditionally avoided at Passover).

Nachman has been immersed in Passover cooking for most of her life, growing up in a family that ran a Passover hotel program out of Sydney, Australia, for nearly 30 years. (She now directs the culinary arts program at another Passover resort in Florida.) Her holiday cooking philosophy depends on the use of fresh ingredients (especially lots of herbs) and eschews matzo meal or potato starch in all but two dozen or so of the over 125 recipes. Three-time cookbook author and pastry chef Paula Shoyer recently served Nachman’s fudgy chocolate bundt cake (made with almond flour and just a half cup of potato starch) to a crowd and she reported, “we loved the coffee glaze, and my guests gobbled the cake up.” Other highlights are Syrian meat pizza lachmagine on a cauliflower crust and a twist on fish ‘n chips in which flounder is coated with potato sticks.

‘Matzo: 35 Recipes for Passover and All Year Long’ 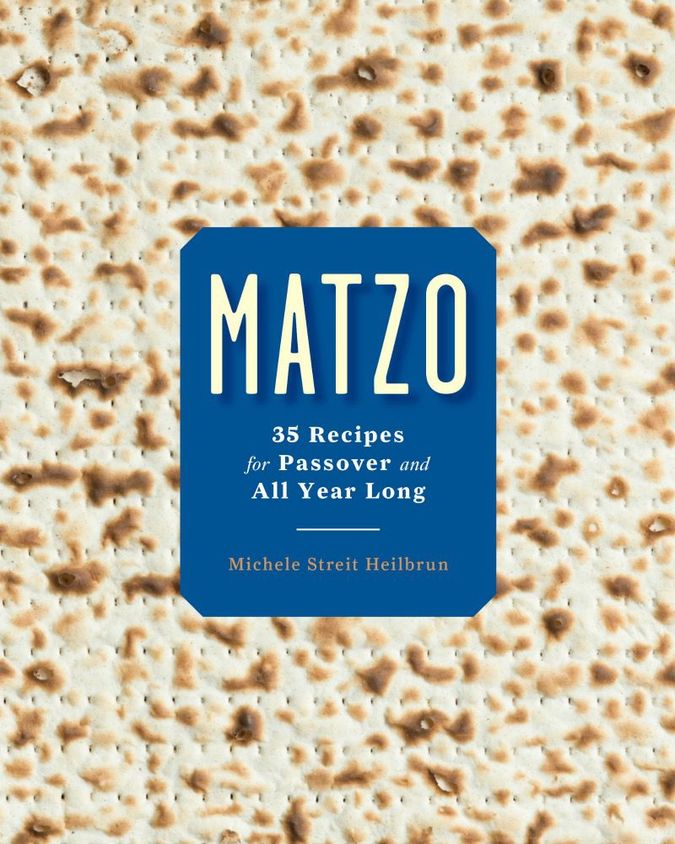 If your seder host loves cooking with matzo, matzo meal and matzo farfel, then Michele Streit Heilbrun’s “Matzo: 35 Recipes for Passover and All Year Long” is the gift to give. The size of a stack of about 4 matzos, this cookbook by a member of the Streit matzo family is filled with matzo-centric recipes developed by Chef David Kirschner and peppered with nostalgic photos of family and the original Lower East Side Streit’s matzo factory. Kirschner demonstrates immense creativity in working with the unleavened products, turning them into a tortillas, Caesar salad with matzo-ball croutons and spaetzle noodles to accompany brisket. 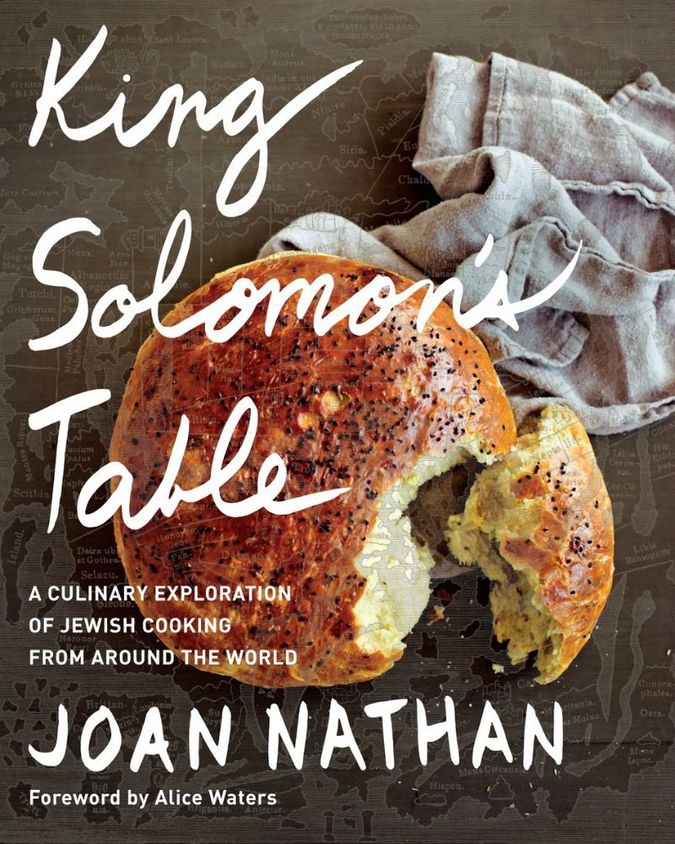 For the host who is a self-proclaimed “foodie” or for anyone who loves Jewish history, “King Solomon’s Table” — the eleventh cookbook penned by James Beard award-winning author and consummate storyteller Joan Nathan — is the way to go. A global exploration of the diversity of Jewish communities and cooking, this tome includes over 170 recipes with roots that can be traced back to Babylonian times and across the world along migration routes. Via Nathan, they end up in today’s kitchen with a cross-pollination of family heritage and local ingredients and customs.

The appendix calls out over twenty dishes that have been served at Ashkenazi and Sephardic Passover tables around the world, and many recipes in the book just happen to be Passover-friendly: an almond brittle croquante that likely originated in Spain but has been passed down through generations of a Greek family; socca pancakes made from chickpea flour, a Middle Eastern ingredient mentioned in a Sumerian proverb well before the Old Testament and now common across Southern Europe; El Salvadoran yuca latkes; and New Orleans-based Israeli chef Alon Shaya’s whole roasted cauliflower with whipped feta and goat cheese.

This is one of those cookbooks that you’ll stay up all night reading cover to cover.

‘For This We Left Egypt?’ 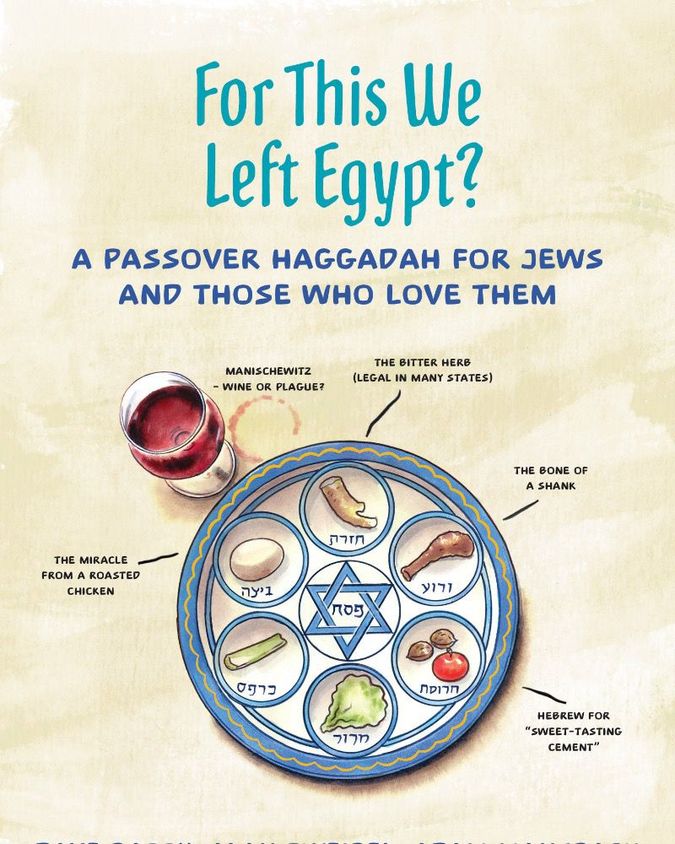 “For This We Left Egypt?” is a clever and irreverent take on the Haggadah brought to you by comedian Dave Barry, early “Saturday Night Live” writer Alan Zweibel and “Go the F*** to Sleep” author Adam Mansbach. With a running commentary parodying the stories and rabbinical debates that are etched in our collective memory, this book will bring comic relief in what can sometimes feel like a long, wandering (see what we did there?) preamble before dinner. The language is rated R, so this Haggadah may not be the best gift option for meeting the in-laws for the first time or for reading at the kiddie table. But your former college roommate will definitely love it. 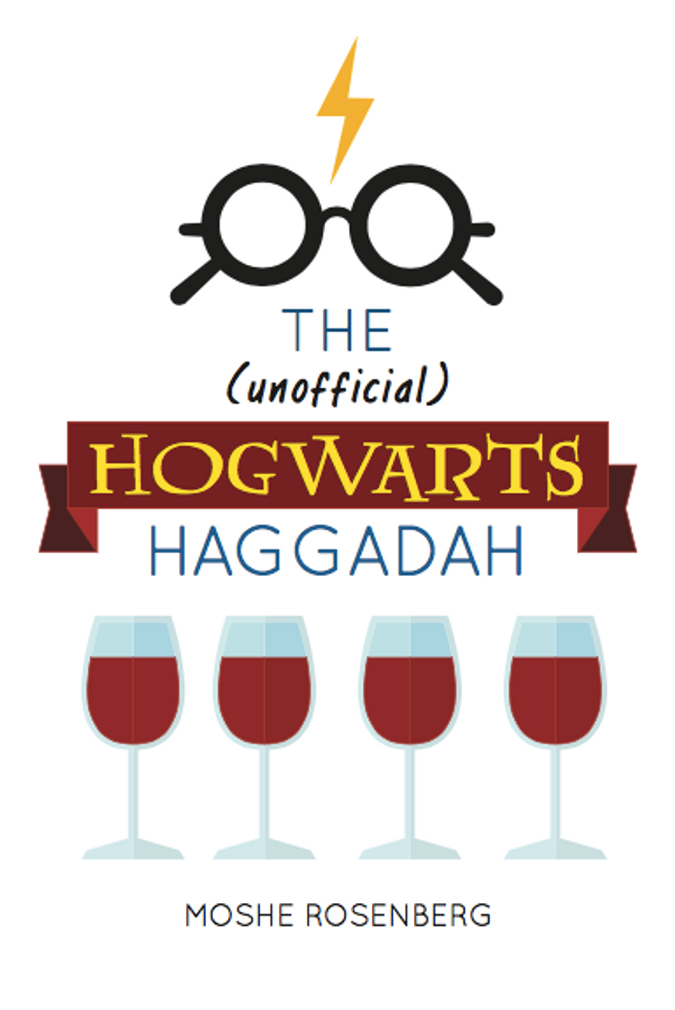 If your wizarding friends are throwing a seder, stick a copy of “The (unofficial) Hogwarts’ Hagaddah” under your robe and apparate to their front door. Written by Rabbi Moshe Rosenberg of Kew Garden Hills’ Congregation Etz Chaim, this brightly illustrated book contains the entire traditional Haggadah text in Hebrew and English peppered with commentary that Harry and Ron would probably bicker about (because that’s what they do) and discussion-prompting questions that Hermione might raise. An educator at SAR Academy in Riverdale, Rosenberg has leveraged J.K. Rowlings’ writings as teaching tools in the past, including authoring “Morality for Muggles: Ethics in the Bible and the World of Harry Potter.” The tone of the Haggadah is welcoming, scholarly and playful and you could easily replace all the Maxwell House versions at your table with this one.