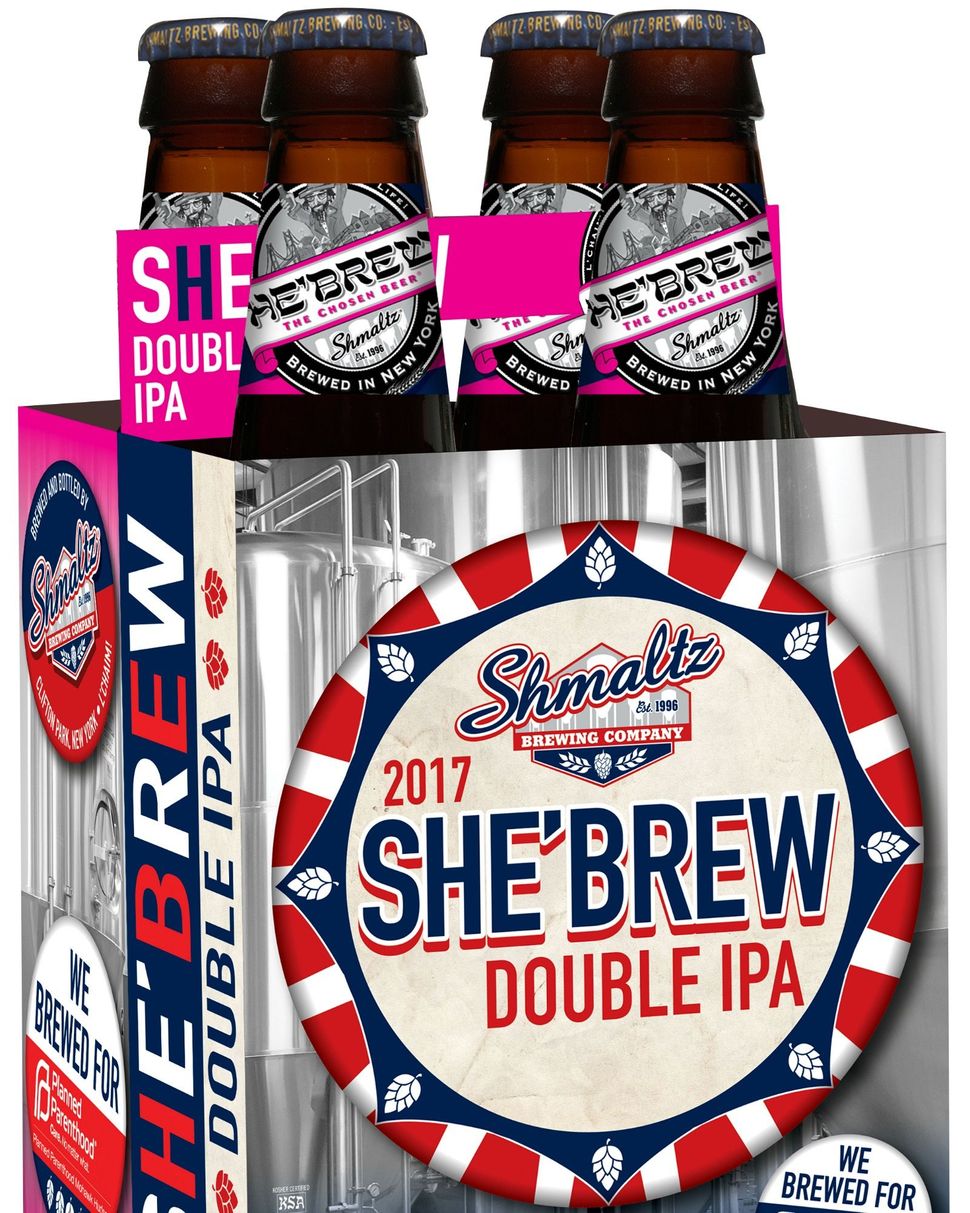 So sang James Brown, and unfortunately it seems that our current administration wants to keep it that way. The Godfather of Soul did go on to say, “But it wouldn’t be nothing, nothing without a woman or a girl.” That’s a nice afterthought; afterthought being a position to which we of the double xx chromosome are too often relegated.

Which is why I was so glad to hear that Shmaltz Brewing Company had released a special edition of She’Brew beer, a brew it created a couple of years ago (then in the form of a triple IPA) when it joined International Women’s Collaboration Brew Day.

For 2017 (which is Shmaltz 21st anniversary, notable because 21 is also the age Americans can legally drink alcohol), the brewery created a special release, a new Double IPA, to commemorate the 100th anniversary of women’s suffrage in New York State. 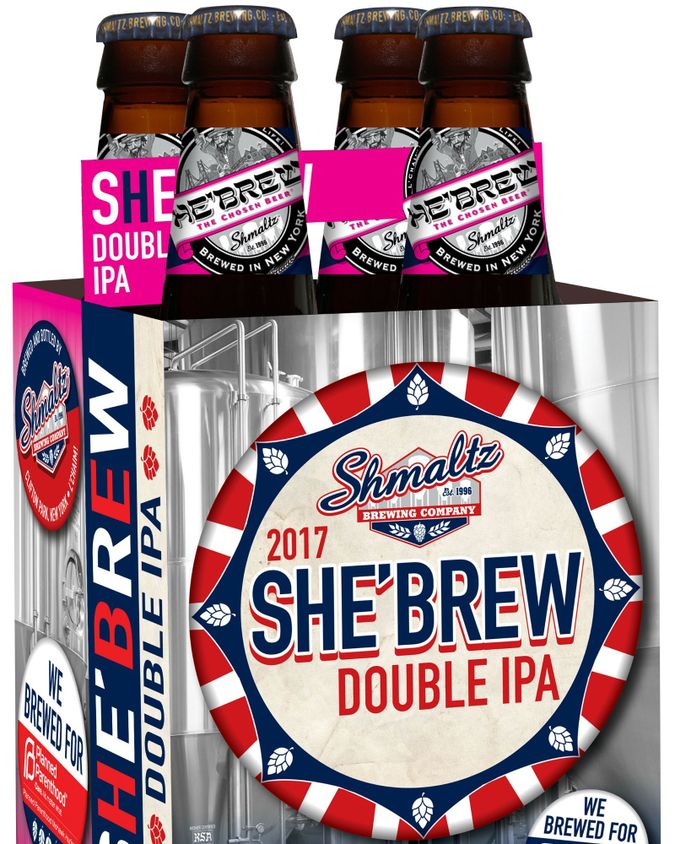 Shmaltz will donate a portion of the proceeds from She’Brew sales to Planned Parenthood and the Pink Boots Society scholarship fund, a global non-profit that aims to advance women in the beer business.

Also for this anniversary, Shmaltz invited Patti Wilcox and Deb Underwood from Awestruck Cider in Sydney, New York, to make a companion cider using some of the same hops that’s in the beer.

So I guess there are some good things to toast right now after all, not least of which is the celebration of your mother, someone else’s mother or mother’s in general. This year, why not forget the flowers, the chocolate and the brunch reservation. (Trying to get a table on this day is more akin to a vicious roller derby matchup than a relaxing dining experience.) Instead, consider fêteing Mom by popping the bright pink caps of a few She’Brews. Double IPAs pair well with good sharp cheeses such as Stilton or aged Cheddar, and of course they’re great with anything you might make on the grill. Card and board games are optional.

Craft beer may not immediately say “Mother’s Day” — but why not? It doesn’t even have to have a pink cap or a specifically feminine designation — though we take our pink knitted hats off to Shmaltz Brewing Company for honoring the women in their world.