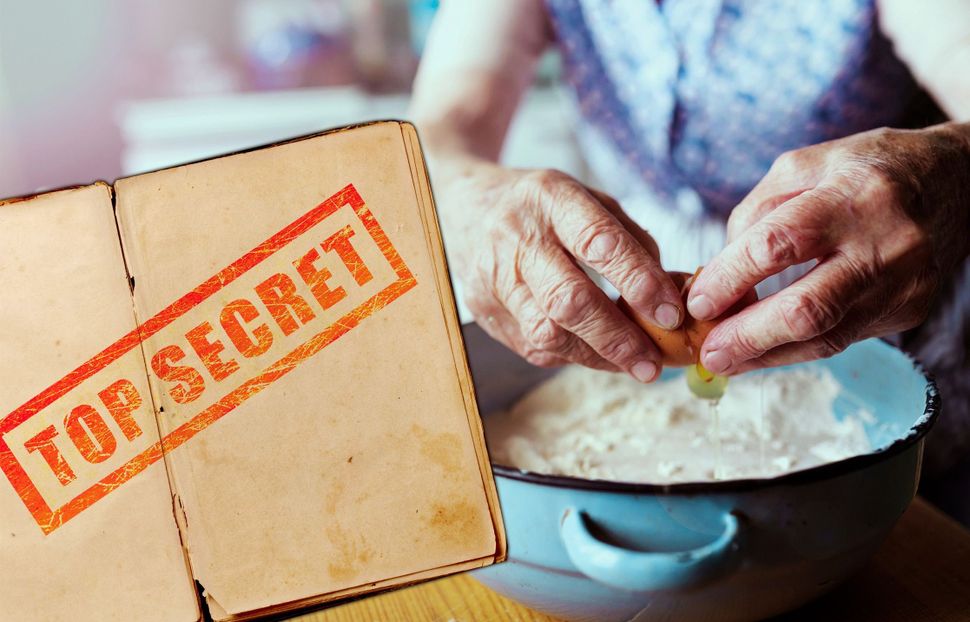 I have had many things passed down to me by my matriarchs including my grandmother’s cast iron blintzes pans, which she inherited from her mother and are well over 100 years old. On Shavuot, my daughters and my mother and I have had the honor and joy of making blintzes in these magic pans seasoned with love and memories from one generation to the next. For a brief moment I am transported back to when Nana made them. If only those pans could talk! Oh, the tales they could tell. I truly treasure these family recipes — cultural ties to our Eastern European roots. Like the brass candlesticks my great-grandmother brought from Minsk to America, these foods are small vestiges of that former life.

Another one of Nana’s dairy delights is her kugel, a sweet noodle pudding that can be served on its own or taken up a notch if served with a dollop of sour cream. Nana’s kugel is so tasty it nearly cost me a friendship. My friend and I got into an argument when she asked for the recipe and I wouldn’t share it. Her point was that my grandmother would want the world to know how to make her kugel. My point was that private ownership of Nana’s kugel is like a shared secret between us (and it’s not bad for my ego either). It’s often my go-to dish for a potluck or communal gathering. It never disappoints. When I serve Nana’s kugel, the accolades come flying — another good reason for keeping the recipe a secret.

I stand on the shoulders of traditional foodie-centric matriarchs. On my mother’s paternal side there was her grandmother and her father’s four sisters. On her maternal side, they were professional foodies. My grandmother’s parents owned a Kosher restaurant, Cohens. What else? Initially located in Hazelton, Pennsylvania, and then in Philadelphia, it was located strategically across from Bershad’s Russian and Turkish Baths. Everything had to be made fresh. Bubbe Cohen was busy in the kitchen until late at night and then up again early in the morning to continue cooking, maintaining two separate menus for dairy and meat on different days of the week. It’s hard not to marvel at how she was able to produce such elaborate meals with only an icebox, no refrigerator and no additional help with the cooking. Nana learned from the best and had that same instinctive culinary talent, patience and stamina as her mother when it came to food preparation, especially around the holidays. Standing on her feet for hours until nearly 90, taking meticulous care — never compromising on the integrity of her food. My mother continues to do the same.

If Nana’s pans were truly magical, I’d wish for her to be back with us making those wonderful delicacies, in particular, her knishes — flaky puffs of perfectly seasoned deliciousness. These cocktail-size delights brought one to a whole new level of gastronomic pleasure. My favorites were the mashed potato and the sweet rice. My mother remembers her grandmother’s knishes, which she sold from trays placed in the window of their restaurant. The potato knishes were shaped more like an egg roll and the contents were golden in color from mixing in egg yolks. The liver, the kasha and the cheese knishes were round in shape. She was also fascinated by one of her grandmother’s dinner sides, sweet potato puffs. She recalls that seeing them in the kitchen lined up on a tray was a picture to behold. They contained a surprise ingredient. Sorry, but I can’t reveal it!

As I go through Nana’s handwritten recipes, I can’t help noticing a trend. Many of the measurements are unclear calling for a pinch of this or a dash of that. Some instructions and ingredients are actually missing. The first few times I made her kugel, there was too much liquid, it overflowed and never solidified properly. Come to think of it, all of Nana’s recipes are a bit vague. This may explain why no one in the family has come close to replicating them. When I asked my mother for Nana’s knish recipe, she said there was no written record of it — no recipe. She made it from memory. Is it possible my grandmother wanted to keep her recipes a secret…even from me?

Barbara Lerman-Golomb is an author, social justice/eco-activist and experiential learning designer. She can also be found at HuffPost, A Life in Many Small Parts and Twitter.