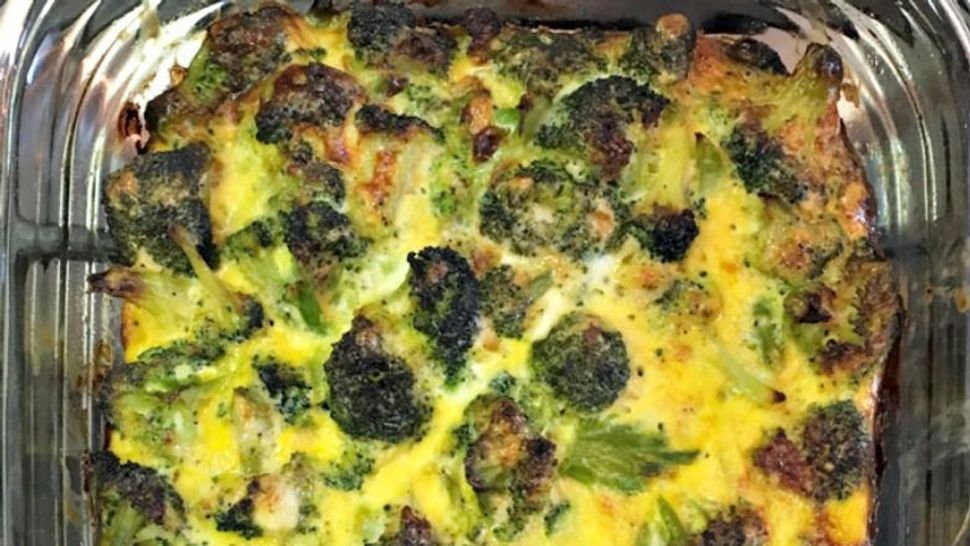 I don’t know why it took me so long to start wondering what the kosher Kushners eat at home. I guess I was a little preoccupied with the more, well, political aspects of the election. 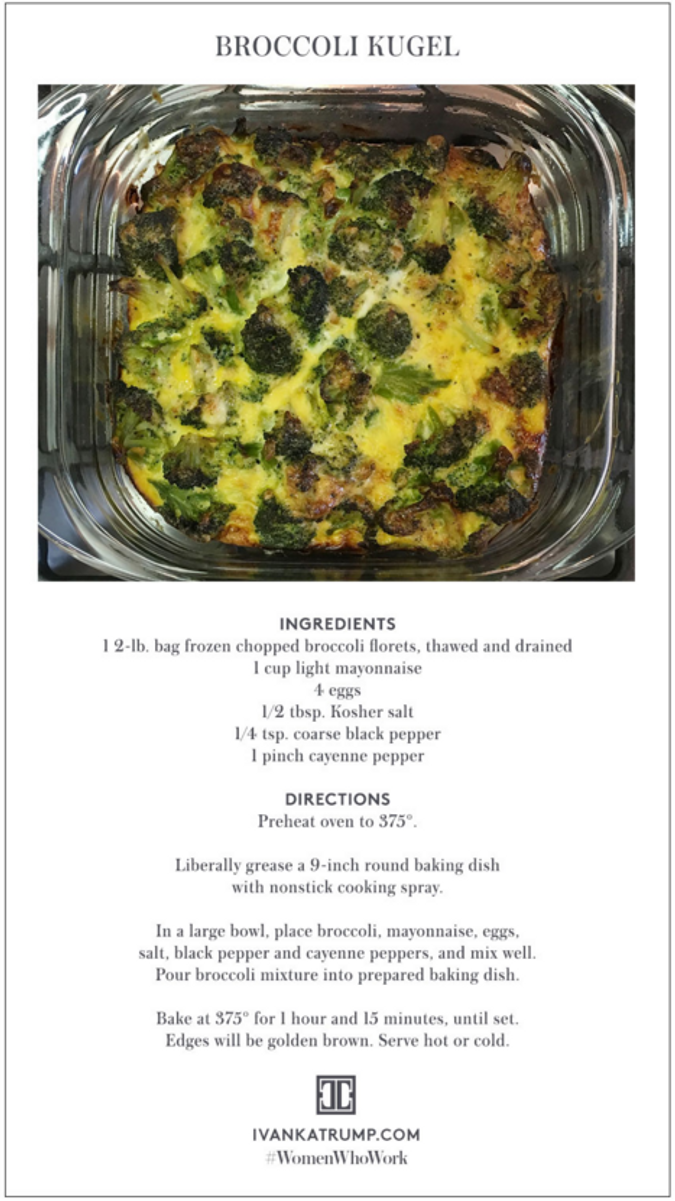 According to Ivanka Trump, this dish (which she found in Jamie Geller’s ‘Joy of Kosher’) is ‘as good for brunch as it is for dinner.’ Image by Pinterest/Ivanka Trump

But Ivanka Trump is known to keep a kosher home, and while I gather she’s not the one whipping up most of the family’s meals, her website does tell us that “In her free time, Ivanka enjoys traveling, cooking and tending her garden with her children.”

Trump is well known to be a Jew-by-choice, married to Jared Kushner, and the mother of three children: Arabella Rose, Joseph Frederick, and baby Theodore James.

And indeed, right there on her site, buried below all the merch, is a Home section replete with recipes. While the first-daughter-elect’s fingerprints don’t appear to be on all of them, it actually seems clear that a number of them are dishes she’s cooked at home. 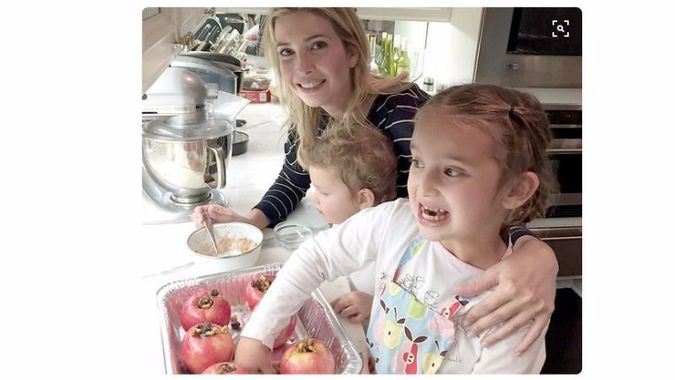 Trump taking inspiration from another working mom and lifestyle guru, Gwyneth Paltrow, whose apples she and her children are baking. Image by Pinterest/Ivanka Trump

The recipes on what turns out to be a Gwyneth Paltrow-worthy lifestyle site are often simple, family friendly and surprisingly haimish. And speaking of GP, apparently Ms. Trump cooks the Goop goddess’s recipes too. I found a picture on her Pinterest page of her making Paltrow’s baked apples with two of the kids.

There’s also her mother-in-law’s veal marsala, along with a roasted tomato soup from “New Kosher Cuisine: Healthy, Simple & Stylish” and dishes from other notable kosher cookbooks including “Kosher By Design” and “The Silver Platter.”

I am sort of morbidly fascinated by all of this, and will henceforth try to keep track of what the Kushner family is fressing.