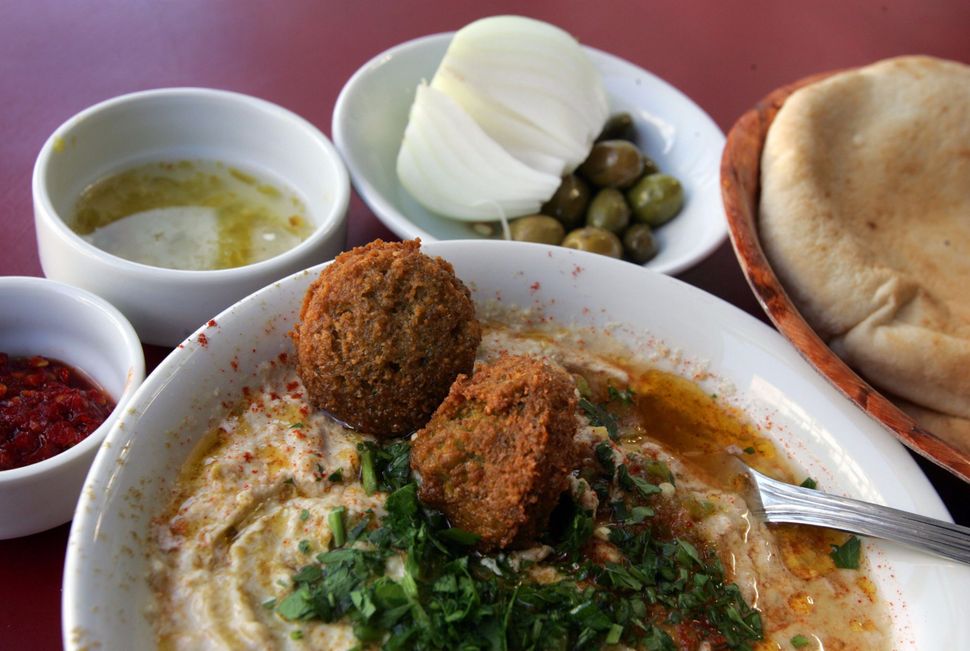 Mediterranean cuisine, of some sort, in Tel Aviv Image by Getty Images

If you’re curious what the expression “casual racism” refers to, you need look no further than conversations about food. I’m thinking of things like when a white-owned restaurant gets referred to as the “elevated” version of the “ethnic” cuisine it’s riffing on, or even just why Americans will pay more for Italian food than Korean. (A foolish decision as well as a casually racist one, but I digress.) If you only trust restaurants that promise farm-to-table ingredients, and do so with copious images of a white man dressed like a Brooklyn hipster-farmer circa 2010, then yes, you might do well to examine some of your preferences.

Point being, food and racism? A thing. A thing effectively addressed via a list of shame, calling out white restauranteurs for having opened restaurants serving “non-European” cuisines? There I’m not so sure.

In Reason, Robby Soave flags the story of, and likely story behind, a list doing just that. The list, authored by “several people of color,” seems like a hoax, and I think that remains a possibility that can’t be fully ruled out. (They told Soave they’re “‘not taking media inquiries.’”) But it’s nothing if not thorough — the spreadsheet includes both links to thought-provoking articles about food and cultural appropriation, and a long lineup of white-owned Portland, Oregon restaurants and people-of-color-run alternatives to each. Soave writes that the initiative “seems to be a response to [a] controversy over Kooks Burritos, a Portland-area pop-up food truck run by two white women.”

It seems as if there might just be a way of promoting restaurants from the “Nearest POC-owned Alternative” column that didn’t involve an “Appropriative Business” column. But let’s set that aside.

What jumped out at me — and the reason for mentioning it in this venue — is that a restaurant called Shalom Y’all sits in the problematic “Appropriative Business” column. Its owner is listed as John Gorham, its cuisine, “Multiple Middle Eastern Cuisines.” The suggested alternative: a Lebanese establishment, Al-Amir Restaurant.

According to the spreadsheet’s “Criteria for Appropriation” guide, the “Appropriative Business” column is for “[r]estaurants or food carts selling non-European international cuisine owned solely by white people who were not born or raised in the country or region from which the restaurant’s cuisine originates.” As per Shalom Y’all’s website, Shalom Y’all specializes in “Israeli street food.” Ron Avni, one of the partners, important enough to be featured on the restaurant’s About page, “grew up in Israel” and “moved to the USA shortly after completing the mandatory Israeli army service.” If a co-owner is Israeli, as is the cuisine, surely the criteria for making the list aren’t met? It would seem that either spreadsheet’s creators missed that key detail, or they’re making an out-of-context political point about Israeli cuisine.