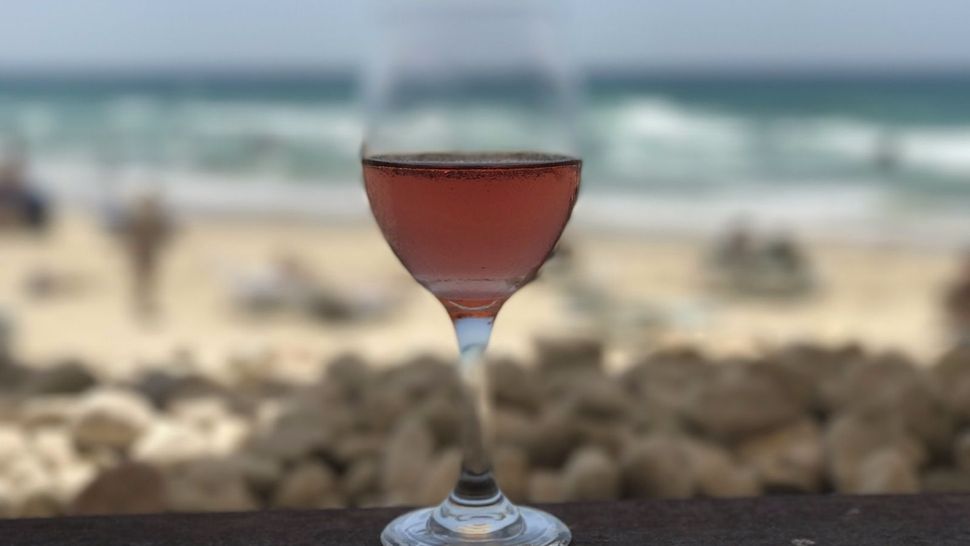 This rosé, called Blue C, is from Covenant Israel. It certainly looks right at home by the Mediterranean. Image by Liza Schoenfein

Yesterday I told Teddy that today would be his day (actually it’s Adeena’s wedding day, so technically I suppose it’s hers). I asked how he wanted to spend it, and his emphatic choice was the beach.

I’d heard about a gorgeous restaurant on the beach called Manta Ray, so I decided we’d have lunch and then hit the sand and sea in the afternoon. A couple of friends said the place, which specializes in seafood, was pretty much all about location — the food isn’t spectacular. And while I found that to be true, I wouldn’t have wanted to be anywhere else. 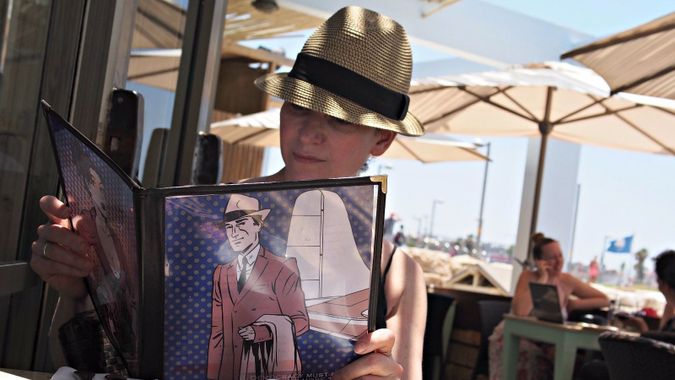 We thought it was funny that the man on the menu and I were wearing the same hat. Image by Liza Schoenfein

Scanning the menu we found something called Sharing Seafood: mussels, shrimp, crabs, calamari, pineapple and sweet potato in a lemongrass-ginger coconut curry. Teddy determined that we’d have that. We started with a few mezze, or small plates, chosen from a huge tray of colorful choices.

I was excited to find the Covenant Israel rosé, called Blue C, on the wine list. I’d run into Covenant’s Jeff and Jodie Morgan at the Kosher Food & Wine Experience and had talked with them about their relatively new Israeli Winery. The rosé was the perfect choice. 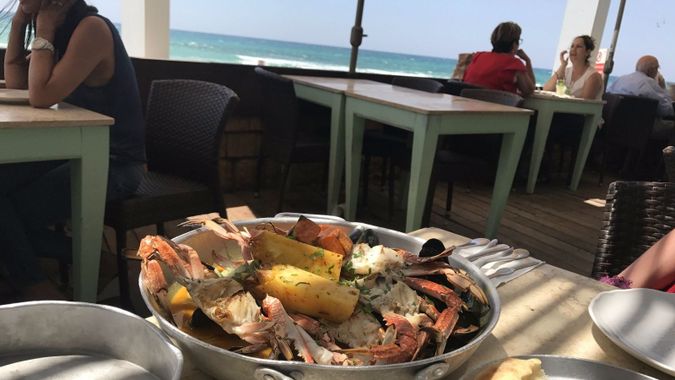 Seafood curry at Manta Ray restaurant on the beach in Tel Aviv. Image by Liza Schoenfein

It’s time to get off the computer and get dressed for the wedding. More tomorrow.