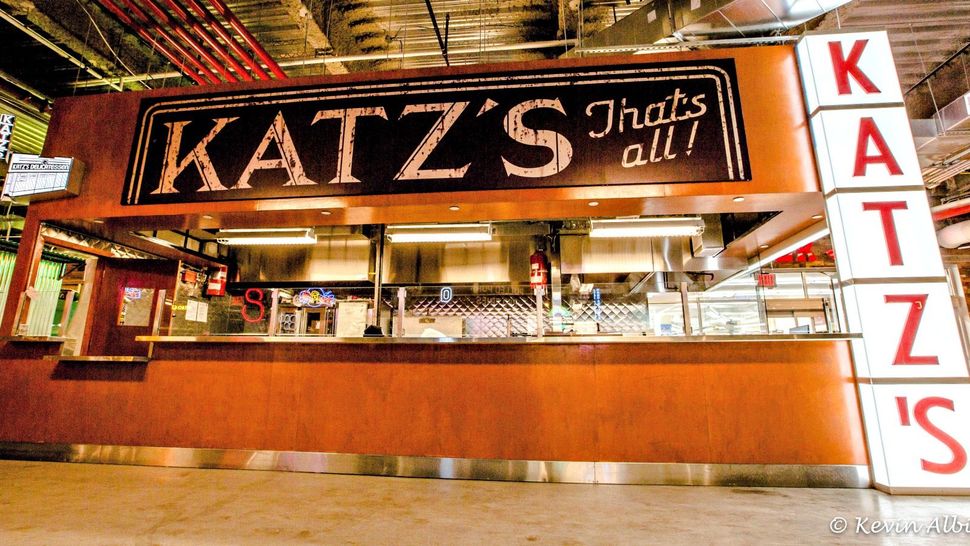 “It’s not Katz’s; you can’t recreate it — and I’m not going to try.” That’s Jake Dell, the owner of Katz’s, the deli icon that’s been slicing pastrami on the Lower East Side of Manhattan since 1888. But Dell is standing near a glowing red and white sign that, in the deli’s signature font, spells Katz’s — and this is Brooklyn; not the Lower East Side.

Last Friday Dell opened what he calls A Taste of Katz’s in the new DeKalb Market Hall, a food hall in Downtown Brooklyn stuffed tightly with 40 vendors selling everything from deli sandwiches to churros-crossed-with-croissants to steamed Chinese dumplings to ice cream from Ample Hills to pierogies to Colombian arepas. 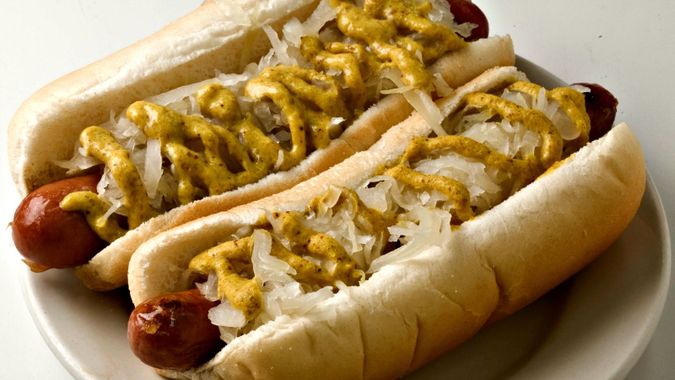 It’s “a little bit of the best of Katz’s,” Dell said of the new spot. “It’s the corned beef and pastrami. It’s the hot dogs, latkes, knishes…” he goes on. There’s also a turkey on rye, brisket on rye and a Reuben on the abbreviated menu. “You can say it in your best Jewish grandma voice: ‘it’s a nosh, a taste,’” he says in a slightly nasal impersonation of Jewish bubbies everywhere.

And, much of that taste — the curing, which is essential for making many deli meats — is still being done on the Lower East Side. The meat is then packed up and driven three miles across the bridge to Brooklyn. Once it gets there, it’s sliced to order as it would be at the original, and stacked onto rye bread. (Mustard’s still optional.) 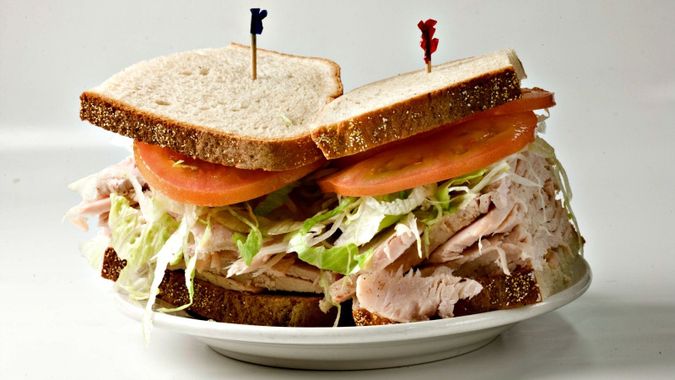 The staff of slicers behind the counter is a mix of old and new. Of Charlie, the manager of the new location, Dell said: “He’s been working [at Katz’s] since he was 15 for my father and uncle, and now me. There’s no one else I would trust.”

While this place offers “just a taste,” there are distinct nods to the original’s design in the form of recreated neon signs like one that says “Katz’s Delicatessen Known As The Best” in glowing red and green letters, and a distressed-looking long sign that says “Katz’s That’s All” that hangs over the counter where you place your order. A few photos, an homage to the back wall of the deli, hang on the backside of the kiosk, which butts up against Guss’ Pickles. 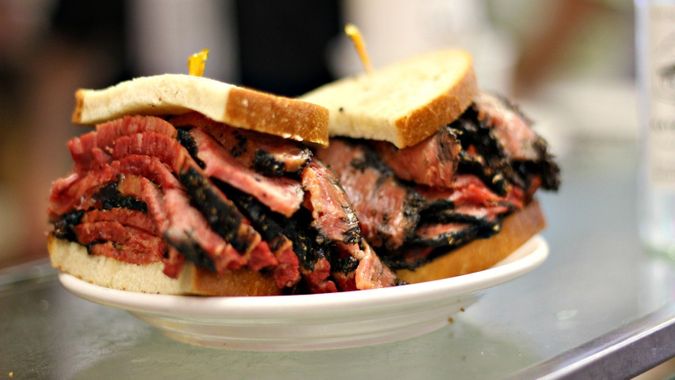 That proximity feels bashert, a reunion of sorts. The pickle company, which specializes in half sours (along with several other varieties of pickles including the old-school classic pickled tomatoes) sold out of barrels, was a neighbor of the deli on the Lower East Side for 85 years, until it closed its original location in 2009.

And there are benefits to not being on the Lower East Side, Dell said. “It’s harder and harder to come to the Lower East Side,” Dell said about customers who want to drive to the deli. “New Yorkers don’t have time for that shit. A lot of those customers, we were losing touch with [them].” 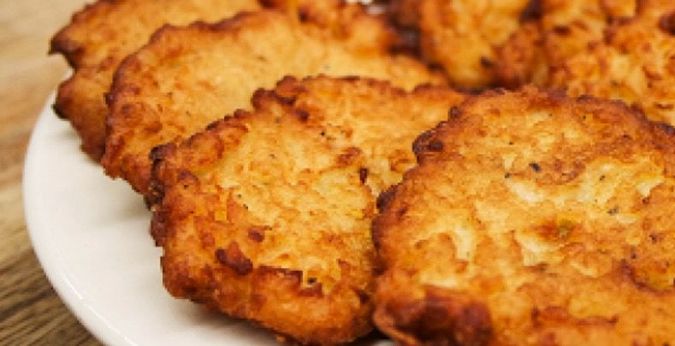 For those people who grab sandwiches “to go” on their way home from work or while running errands in the city, “this will feel very similar,” said Dell. “But if you normally sit down and go to the water fountain, it will be different.”

As if he knows the comparisons are inevitable, he added: “That’s okay, it’s not the same thing.”

Thankfully, the original’s not going anywhere — and for those of us who live in Brooklyn, Katz’s pastrami is closer than ever.

Devra Ferst is a food writer and cooking teacher living in New York. Follow her on Instagram @dferstFind