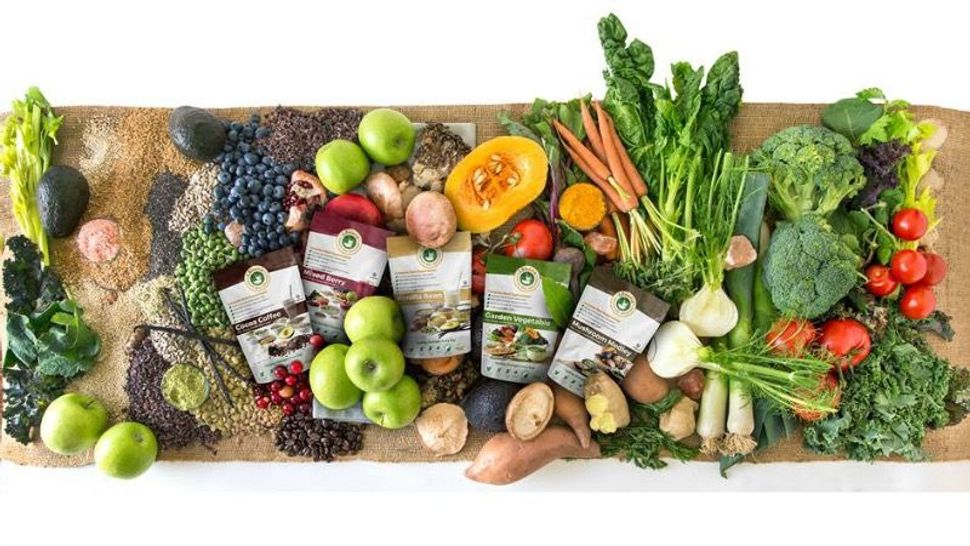 Image by Courtesy of Levana Kirschenbaum

If anyone can make meal-replacement powders not only nutritious but also delicious, it is the pioneering celebrity kosher chef, cooking teacher and cookbook author Levana Kirschenbaum. The ebullient Moroccan-born Kirschenbaum, who co-owned Levana Restaurant on New York’s Upper West Side for over 30 years, has just released a new line of meal-replacement products that is kosher, nourishing and completely natural.

“It’s bigger than me,” Kirschenbaum said of her new venture. “I created a monster — we’re going to take it places.”

The author of “Levana’s Table: Kosher Cooking For Everyone” and “The Whole Foods Kosher Kitchen,” Kirschenbaum is affectionately known in the kosher food world as the “Jewish Julia Child.”

Of the comparison she said, “I identify completely with her no-fuss no-affectation no-hype philosophy of eating and cooking, and the no-nonsense way — sometimes perceived as irreverent — [that] she conveyed it.”

Like Child, who was a pioneer in the secular food world — making French cooking accessible to American home cooks — Kirschenbaum arrived into a gastronomic wasteland two generations ago when she came on the kosher food scene.

Introducing upscale kosher dining seemed like sheer temerity, she said. “We all know everyone is wary of trailblazers and disrupters. I and my family did (and still do) look like health-nut hippies.”

Perhaps this holds true now more than ever, as Kirschenbaum ventures into the world of health and wellness.

When she developed Levana Meal Replacement, her line of all-natural, real-food-based meal replacement packets, it was borne out of necessity.

Three years ago, her husband was diagnosed with multiple myeloma, one of the most treacherous kinds of cancer. After numerous hospitalizations he lost his appetite, couldn’t get back to regularity and was becoming skeletal, Kirschenbaum said. During those hospitalizations, the only nourishment on offer was in the form of commercial, artificial meal replacements, and the Kirschenbaums — so used to healthy and gourmet meals — wanted nothing to do with them. 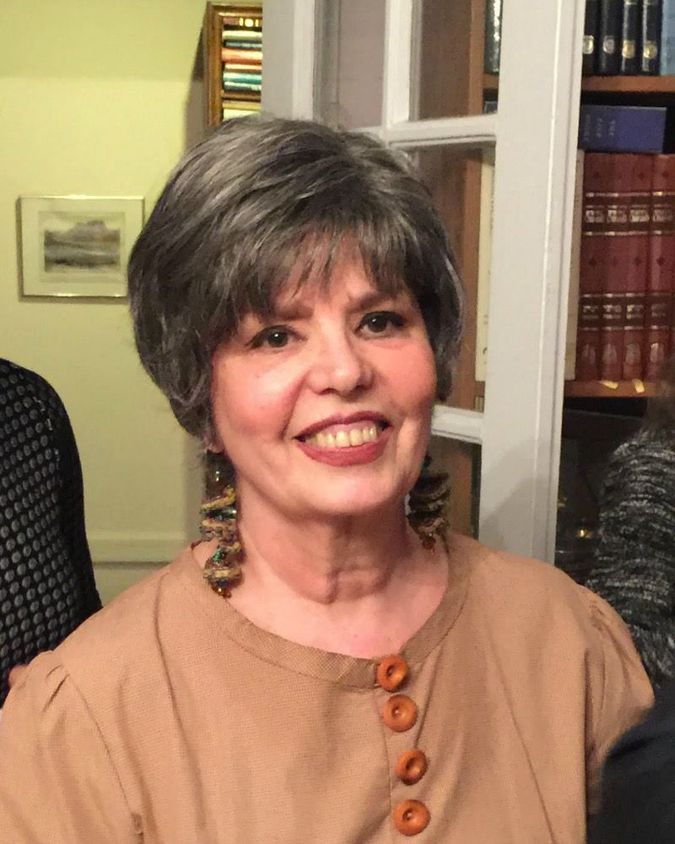 “We were in a Catch-22 situation,” Kirschenbaum said. “We didn’t want him to God forbid die of starvation. This is precisely what happens to many patients, a lot of them get under a certain body mass and can’t go on with treatments; chemo can’t be administered if they lose too much weight, so we try to fatten them up with meal replacements like Ensure, as these are the usual choice of hospitals for meal replacements. I have nothing but contempt for it.”

“I said to myself, am I not a food professional? I know exactly how food should taste. So I took those bottles of objectionable meal replacement and looked at the nutrients. You can create any nutrient chemically, it’s just not food, all chemicals,” Levana explains. “What do we really want? The protein, the fat, the fiber, the carbs, the vitamins, the nutrients. I looked and looked at the nutritional labels and said to myself, I think I can do this, but the natural way.”

In her home kitchen, Kirschenbaum mixed ingredients in endless permutations: berries, grains and seeds, for example, until she arrived at nutritional numbers that were as ideal as possible, with high fiber, healthy fats, and no sugar (“the great enemy of diabetes and cancer,” she said). Initially investing significant time and money of her own, she later received the help of Dr. Joe Mac Regenstein of Cornell University, and Jackie Topol, registered senior dietician at Presbyterian Weill Cornell, who is a culinary nutritionist.

Kirschenbaum packaged the supplement powders in packets, which are now selling on her site and in select stores. They come in multiple flavors, in either cold (berry, vanilla or cocoa-coffee can be blended as smoothies or mixed in cookies and muffins) or hot blends (vegetable or mushroom-medley packs can be added to meals or made as quick soups).

These supplements, according to Kirschenbaum, are ideal for children and adults with special dietary needs, people on the road or at work who don’t have time to prepare meals, backpackers who want to carry as little weight as possible and elderly people who might be unable to cook.

“They can put it in water and throw in a handful of lentils or oats and in ten minutes they have a bowl of fantastic nourishing soup,” Kirschenbaum said. “You can feed your whole family with it.”

Kirschenbaum’s husband subsisted almost entirely on these blends for three or four months, until he regained enough weight to keep going with his treatments. 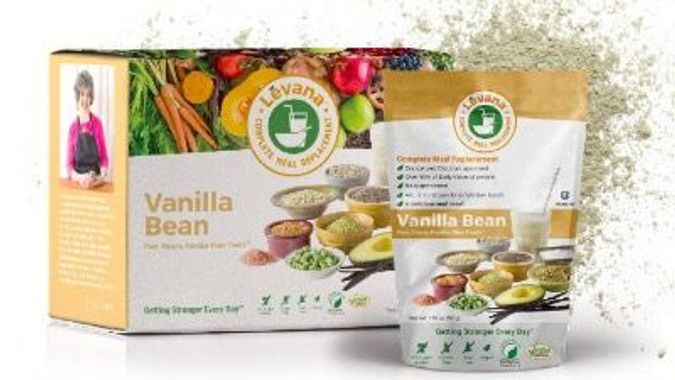 Kirschenbaum partnered with an organization serving children with serious illnesses called Chai Lifeline, because its mission statement dovetails with her own: They cater to children with special diet needs and in treatment, and she believes strongly that her meals can help them stay at an ideal weight. The brand’s trademark is “Getting Stronger Everyday.”

Kirschenbaum is currently trying to get her product into nursing homes and even as a nutrient source in feeding tubes. Her site includes a detailed section of recipes, all of which incorporate the blends with streamlined recipes for anything from cookies, meatloaf, dressings, marinades or pastas.

Guided by encouragement and praises from fans, she said they regularly express a sense of wonder. “How on earth did you initially develop all this in your own kitchen?” they ask her.

Well, remember that she is used to being a pioneer. Kirschenbaum posits that the new generation of diners don’t remember the early days of upscale kosher food and wine any more than they remember the manual typewriter, the rotary dial telephone or the handwritten letter.

When she opened her restaurant with her two brothers-in-law more than thirty years ago, the prediction was that the presumptuous idea would fall flat on its face because the kosher-keeping public seemed content either eating at home or grabbing a bite in the rare joints that served institutional old-world Kosher fare.

Here’s what happened: Undaunted by being treated as rebels, the Kirschenbaums surrounded themselves with the best chefs, developed the most delicious dishes and waited patiently until the idea of gourmet kosher food and wine caught on. The rest is history: The kosher industry has experienced a veritable explosion and great kosher cooking has taken its place among the most prestigious competitors in the food world. Many luxury kosher restaurants have opened and thrived since Kirschenbaum’s pioneering days, proving to her that it was well worth putting in all the hard work and enduring all skeptical comments.

Kirschenbaum credits her Sephardi mother as being the original master cook.

“I am always asked whether I have received formal cooking training, and the answer is ‘Machane Imma’ [Camp Mom]: I learned mostly from my mother.”

Known as Maman to the whole family and all their friends, Kirschenbaum’s mother was the ultimate artisan, and the original diva of glorious healthy meals. Kirschenbaum wished to be in every way her disciple and to do her proud. “I hope to continue to convey her genius at making quick, cheap and healthy feasts to multitudes of grateful diners,” she said.

Adding to the list of grateful diners those who face dietary challenges is just the latest new adventure for a kosher-cooking pioneer. Maman would surely be proud.

Sara Spielman is a freelance writer who has written for Hadassah Magazine, The Wall Street Journal, Tablet, The Jewish Press, The Jewish Week and the OU.