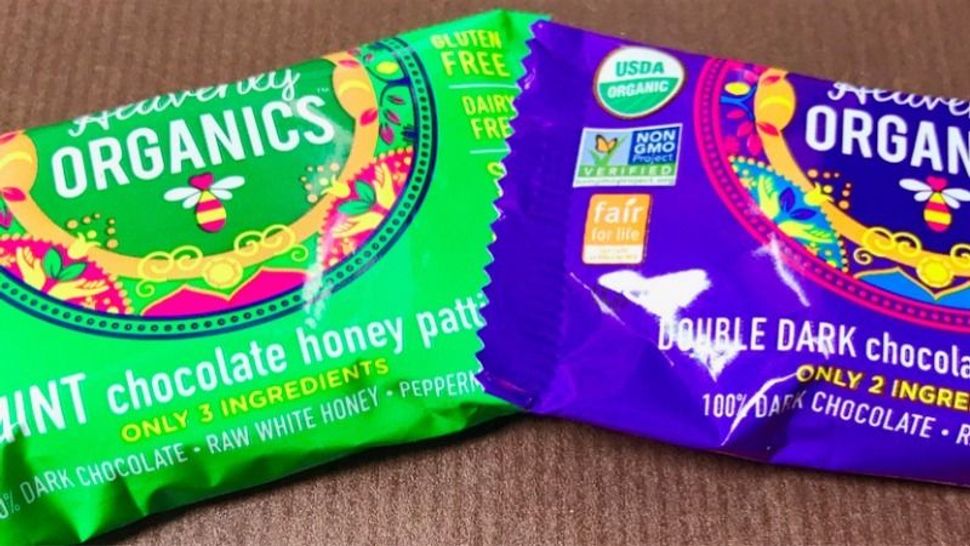 Wandering the aisles of the Specialty Food Association’s Summer Fancy Food Show at Jacob K. Javits Convention Center in New York City, I visited as many chocolate vendors as possible — close to 30. Making my way from one delicious booth to the next, I noticed a trend of companies displaying multiple certifications and claims on their chocolate products, more than in previous years.

Some boasted general phrases about health, vegan, gluten free and dairy free. Others bore formal third-party certifications for organic, non-GMO, kosher and fair trade. I had been thinking about the ethics of chocolate production and marketing for the second edition of my book, “On the Chocolate Trail,” scheduled to come out in the fall. What really is the best chocolate? What might a consumer look for in a chocolate product? What makes for improved health? What contributes most to a sustainable environment and a just labor supply? Here are three very different examples from the Show, different approaches to certification, each seeking to produce a quality chocolate:

Owner and founder of the Vermont-based Chocolate Hollow company, Madeleine Siegel, started selling at farmer’s markets four years ago, right after college. Now in what she calls the beta-testing phase of her company, she promotes what she calls “ethical veganism” and the traditional chocolate arts, using fair-trade, non-GMO ingredients, which she terms “Udderlessly Divine.” 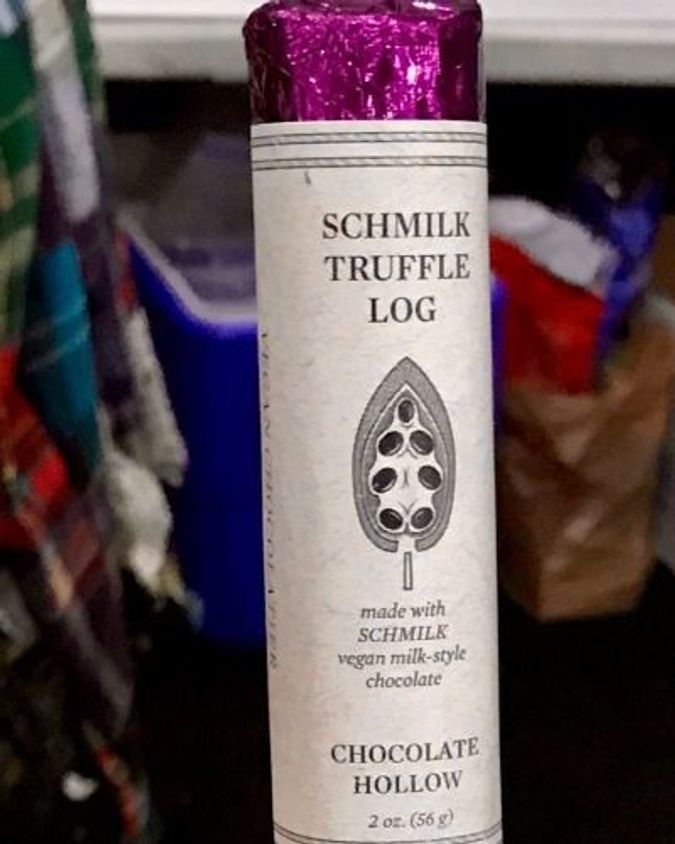 For Siegel, a hollow represents a magical place and that is what she hopes her chocolate conjures. Instead of bars, the Chocolate Hollow generates logs in several flavors — hazelnut, maple flake, dark velvet and more. Her Schmilk, a vegan milk-style chocolate, sounds Yiddishy, though that was not Siegel’s intention. She explained in a phone interview that she sought a word that sounds like milk. Like her philosophic friends, Siegel made up the word schmilk to distinguish it from cow’s milk.

Siegel hopes to add formal certifications as the business expands in the Fall. Those will include kosher, dairy free, vegan, gluten free and organic. She intends those certifications to communicate her company values, especially since her target market looks for them.

Another company, Heavenly Organics, has been combining chocolate with honey in Iowa since 2008. According to Amit Hooda, who founded the business with his father, in the last two years at least 10 companies have mixed honey into their chocolate products. (That trend at the Fancy Food Show will be the focus of another story.)

Hooda seeks to improve the economy of his birthplace through the company’s work with 600 farmers in an area of conflict in Northern India. Heavenly Organics also brings together what they believe to be the beneficial antioxidants and complex foods of wild honey and chocolate. The products bear multiple formal certifications including USDA Organic, Non-GMO Verified, Fair for Life Fair Trade and OU Kosher, in order, as Alok Sharma, the general manager explained, to provide customers with the best.

I had met Manny Schmerling, the owner of MilkBoy Swiss Chocolates, a year ago and I had seen people mobbing his booth at the NW Chocolate Festival in Seattle last Fall. When he founded MilkBoy, he had not intended to kosher certify Milkboy. Schmerling already owns and runs the kosher family Schmerling chocolate company (https://www.schmerling.com/items/chocolate). MilkBoy sought to reach a different audience and allow expansion into new areas with its UTZ certification’s commitments to sustainability and fair labor.

So I was surprised to learn that just recently, June 2017, MilkBoy has been Triangle K kosher certified. One of his Jewish, though not observant, distributors in L.A. encouraged Schmerling to add the kosher certification to MilkBoy. Around the same time, he learned that since Triangle K had already certified the previous occupant of the MilkBoy factory, it would be relatively easy, so he added it.

As our chocolate options have multiplied at the Fancy Food Show, culling the best has become even more challenging. Faced with a mélange of options, chocolate lovers could seek to improve the circumstances of millions of children working in chocolate growing and further the sustainability of the natural world. Some chocolates offer the benefits of multiple certifications; others offer fewer or none, or are in the process of certification. Some companies and organizations make laudable assertions about nutrition and health.

Sorting out the fluff from the informative and determining accuracy is as hard as winnowing the shells from cocoa beans. Chocolate choices will be made. Make them the best.

Rabbi Deborah R. Prinz speaks about chocolate and Jews around the world. Her book, “On the Chocolate Trail: A Delicious Adventure Connecting Jews, Religions, History, Travel, Rituals and Recipes to the Magic of Cacao,” (Jewish Lights) is in its third printing. She is co-curator for the Temple Emanu-El Bernard Museum exhibit of “Jews on the Chocolate Trail” October 20, 2017 through February 24, 2018.