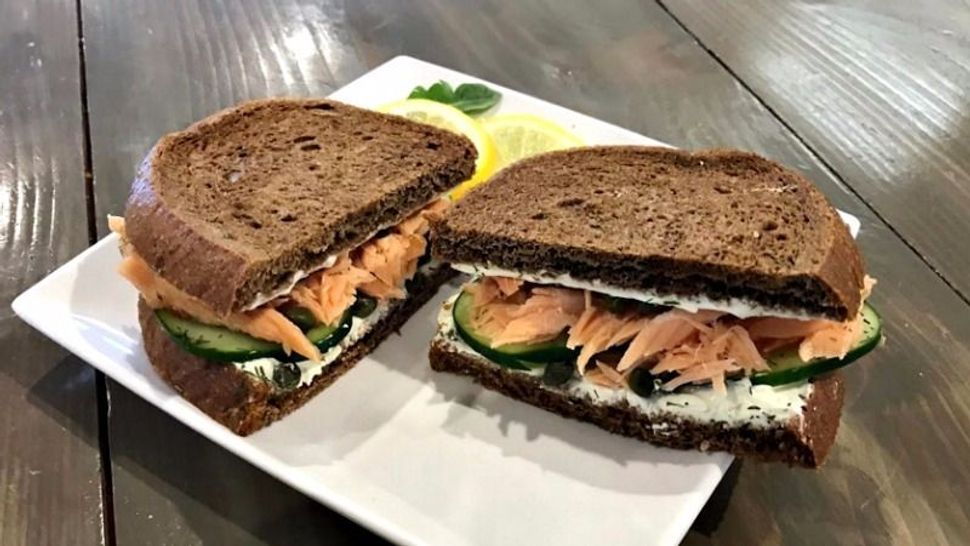 tThe Swindler Sandwich has been renamed The Swing Dancer. Image by Courtesy of The Hideaway

Look on the bright side: They could have called it “the Shyster” or “the Profiteer.”

But the Swindler, a very Jewish-sounding sandwich of smoked salmon, cucumbers, capers and cream cheese on pumpernickel, still drew a huge backlash for a vendor at the Minnesota State Fair, which opens this week.

Jennie and Bryan Enloe, the husband and wife behind State Fair eatery The Hideaway Speakeasy, issued a contrite statement after local blog TC Jewfolk broke the news of the couple’s offending edible.

“My first reaction was ‘heartbroken,’” Jennie Enloe told the blog. “The Swindler was meant not to be [anti-Semitic].”

Within hours, the sandwich was rechristened the Swing Dancer.

In an email to the Forward, Jennie Enroe said the name related to the eatery’s period theme — and nothing else. “The Hideaway Speakeasy has a 1920s prohibition-era gangster’s speakeasy theme. When we were formulating the menu, we wanted to carry that prohibition/gangster-era theme all the way through — not only in the decor of the restaurant, but through the menu,” she said.

Indeed, an updated menu shared by the Enroe’s rep features dishes like the Loan Shark (prosciutto, salami and figs), Hustler (ham and brie), and the Bootlegger (panini with shaved prime rib and cheddar).

“When we worked on coming up with food item names, we literally Googled Prohibition-era terms, people, types of crimes, etcetera. In the sandwich section of the menu, we decided to name each of the sandwiches after a type of mischief-maker back in the 1920s,” Enroe explained. “Our marketing manager went to work writing the menu and naming the sandwiches the Bootlegger, the Goodfella, the Swindler, the Hustler, the Boss Man and the Fall Guy. We went down the line and assigned one of those names to each sandwich.”

The Hideaway crew had no idea the sandwich in question had any ethnic connotations, she said. 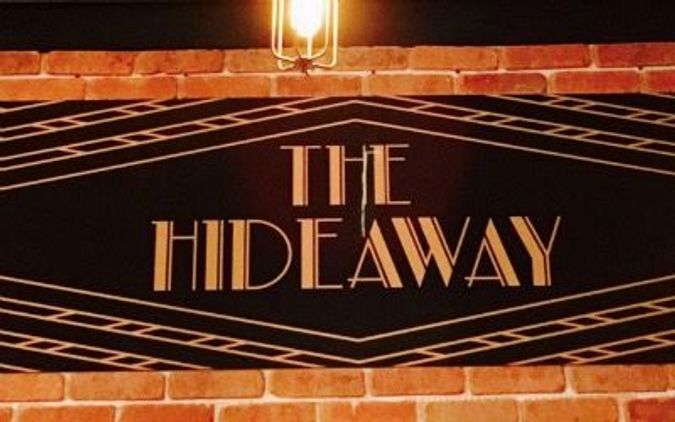 “None of us knew that the smoked salmon, cream cheese and pumpernickel was a Jewish staple until it was brought to our attention after the fair released the new foods list,” she said. “The full menu features a lot of fresh ingredients that deviate from the traditional State Fair fried and on-a-stick foods. When we were putting the items together with the food distributor, we picked that particular sandwich because it was so fresh, healthy and delicious. We inadvertently made a very poor decision in initially naming it the Swindler.”

That explanation was good enough for Lonny Goldsmith, the TCJewfolk editor who first reported the story. “In talking to the wife, I have no reason to not believe her,” he told the Forward. “I take her at her word. Her voice did sound a little shaken and upset by what got stirred up. And they changed it pretty quickly.”

The State Fair, Goldsmith explained, is a huge deal for Minnesotans. “I go every year,” he said. “It’s fantastic. It’s one of the quintessential Minnesota gatherings, and a wonderful time. I’ve never run into anything that would make me feel attacked in any way.”

Goldsmith said TCJewfolk’s story managed to irk both Jewish circles and the far right. “We got a little backlash — some Jewish groups said we were crying wolf. And a Neo-nazi radio station in St. Cloud said we were being ridiculous.”

Will Goldsmith plan to try the sandwich himself? “I don’t, but it’s not on principle or anything like that,” he said. “I don’t like lox or pumpernickel bread.”