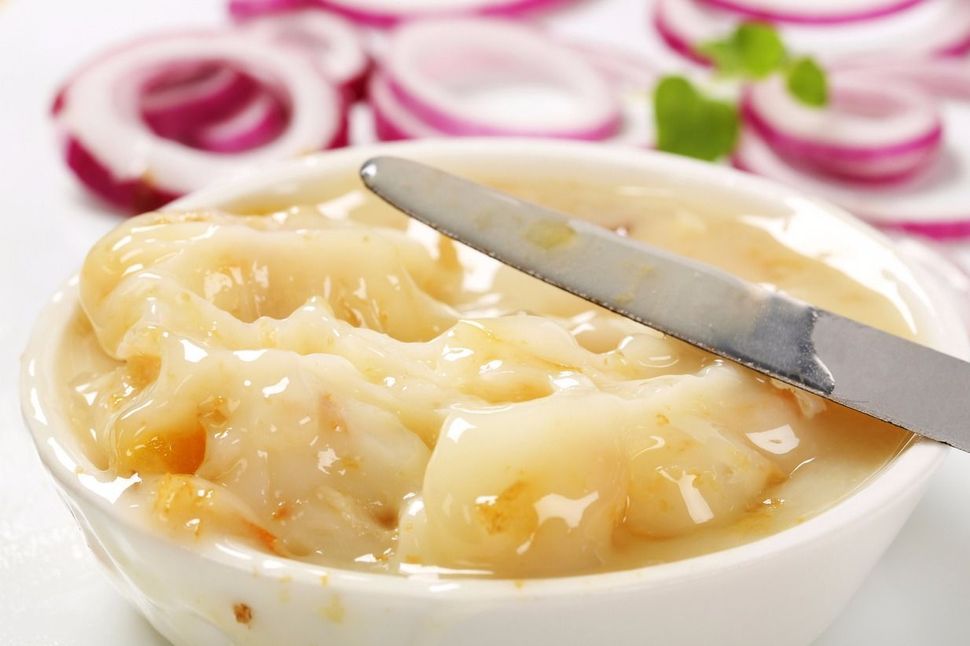 Schmaltz is a classic Jewish food made from rendered chicken fat. Image by iStock

Ashkenazi Jewish food is having a comeback. Once thought to be a dying breed, Jewish “kosher style” delis have become a foodie favorite, with spots that “redefine” Jewish food sprouting up across the country.

But while Ashkenazi Jewish foods like bagels and chicken soup have achieved mainstream acceptance, there are many Jewish foods that are a bit more…niche. So niche, in fact, that the average person would throw up a little in their mouth if they dared to take a taste.

So, for the sake of journalism, we decided to do just that: force a couple of staffers here at the Forward to eat some of the more obscure Jewish foods, like schmaltz and p’tcha, to investigate just how bad (or good) these little known Jewish delicacies are.

Watch the video below:

Michelle Honig is a writer at the Forward. Email her at [email protected] and find her on Instagram and Twitter.