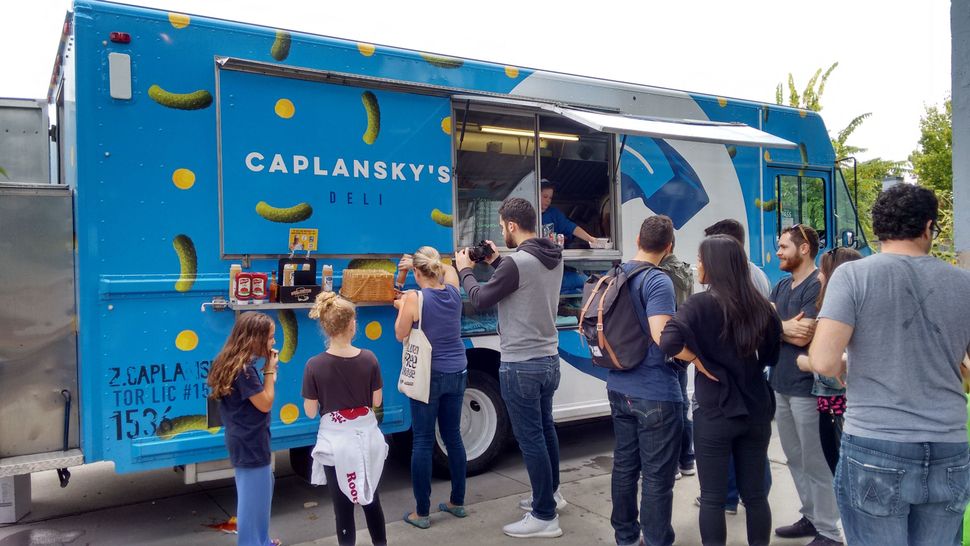 Pickles and pastramis. Borscht and bourekas. Latkes and lox.

Toronto’s rocking Jewish food scene was the star of the second-annual Noshfest, which took place on an unseasonably warm Canadian Thanksgiving, Monday, October 9. More than 1,500 locals packed a midtown arts center to meet the machers and mavens of Can-Jew cuisine.

Alex Currie, the owner of Pyramid Ferments in rural Prince Edward County, Ontario, said he was invited by a Noshfest organizer who’d sampled his pickles at a local garlic festival. “The pickles are made the oldest way possible — cucumbers, water, sea salt, garlic and oak and grape leaves for crunch,” Currie said.

Currie and his wife Jenna also showcased their kombucha, kimchi and beet kvass. “We’re not kosher, but we probably should get certified,” Currie said. “A person here just reminded us that kosher [observant people] have more limited options when it comes to healthful food.” 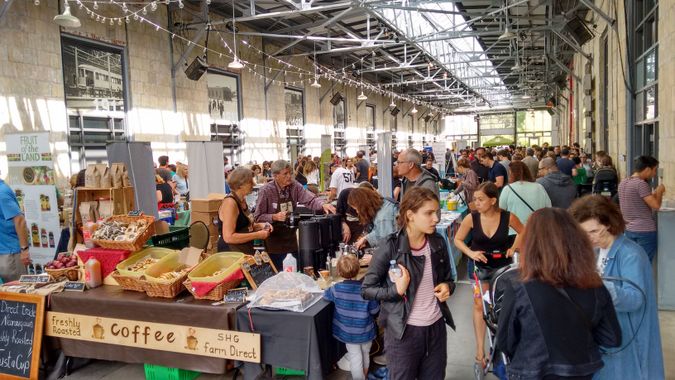 Kosher-certified vendors made up about a third of the exhibitors at Noshfest, Segal estimated. “This is helping kosher food seem cool,” said Camilla Soberano, who runs the popular Kosher Restaurants in Toronto and Thornhill page on Facebook. “And it’s helping Jewish food become more accessible.”

Norene Gilletz, a noted Toronto-based cookbook author, agreed. “Food connects us,” she said as she autographed copies of “Second Helpings, Please!,” her iconic Jewish cookbook. “We’re connected by this umbilical cord, no matter where we are.”

Nearly 50 years after its debut, her book just reappeared in its 17th printing, with a new beneficiary, Act to End Violence, which advocates for Jewish victims of domestic abuse.

Next year, Noshfest’s founders plan an even bigger festival; they’re also considering pop-ups and events in other cities. “We would love to bring Noshfest to Montreal or New York,” Segal said. “And we’d love to attract more non-Jewish people.”