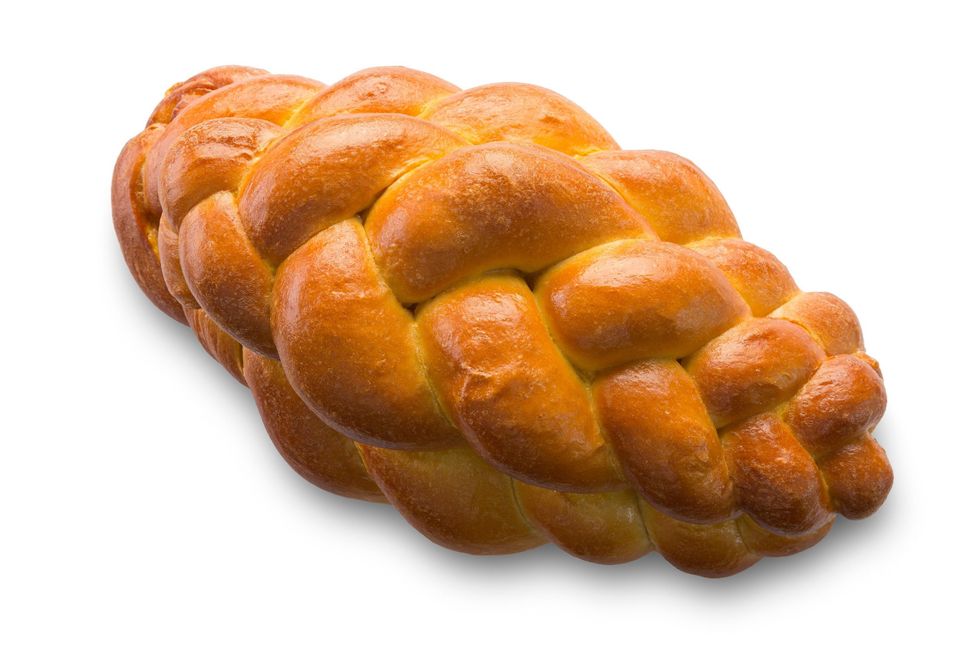 Image by The Cooking Lab LLC

Sometimes we top challah with sesame seeds, other times with poppy seeds. Sometimes we add raisins or, at Rosh Hashanah, form it into a round. What we — and I’m going to go ahead and speak for the majority of Jews here — haven’t done is add kiwi juice to our dough. “Modernist Bread,” a new cookbook, says that doing so will make your dough easier to handle, your yeast more active and your bread softer. And for the low, low, price of $625, you can find out how.

It takes something of a leap of faith to trust Nathan Myhrvold, the one-time chief technology officer at Microsoft, with your sacred bread. Now an inventor and something of a mad scientist with a bent toward the kitchen and an outsized budget, he and his 22-person team (plus 230 more experts and testers) baked more than 36,000 recipes and used upward of 19 tons of flour to perfect all their types of dough.

But when it came to challah, all that effort and experimentation mostly found that bubbe knew what she was doing (cue 1 million Jewish grandmothers crossing their arms and giving you the “I told you so” look). Their main “improvement” is to add glutathione — found in pineapple, kiwi and papaya juice — to relax the gluten and make the dough easier to roll and braid.

Beyond the addition of fruit juice, the book offers ratios for flavoring the bread with everything from saffron to cocoa powder, and even an “ironic” version that substitutes bacon fat for oil. (I’m assuming “ironic” is a typo, and they meant “wrong and vaguely insulting.”) But, if you’ve been looking for ways to add sweet potato, pralines or spinach to your challah (I, for one, have not), definitely open your wallet.

That’s not to say the science in the book isn’t helpful: The challah section offers in-depth instruction on how to use a food processor or mixer to ease the kneading, the best temperature and rack height to bake it in the home oven, and a tip on venting the oven after the final egg wash for better color.

The book also recommends the fruit juice trick for improving bagels, as well as a few other side-eye-earning tips: steaming bagels instead of boiling, and poking the hole instead of rolling the dough into a circle. That said, I’m definitely trying their trick for getting the garnish to stay on the bagel (it involves par-baking and a starch slurry). But I’m sticking to seeds on it, and not the shredded coconut they attempt.

While some of the science-based test results hold promise (okay, I’m totally trying the kiwi trick next Shabbat), and surely someone out there will be very excited about the gluten-free bagel recipe, I’m not sure the scientific approach “Modernist Bread” has to challah will change how Jews prepare for Shabbat — or even just get them to spring for the book. But if Myhrvold and company really wanted to dig into the dollars of the Jewish community, maybe they should take a stab at improving matzo.

Naomi Tomky, an award-winning food and travel writer, uses her unrelenting enthusiasm as an eater, photographer and writer to propel herself around the world. Follow her on Twitter and on Instagram.