Getting To Know The Newest Kosher Chocolates 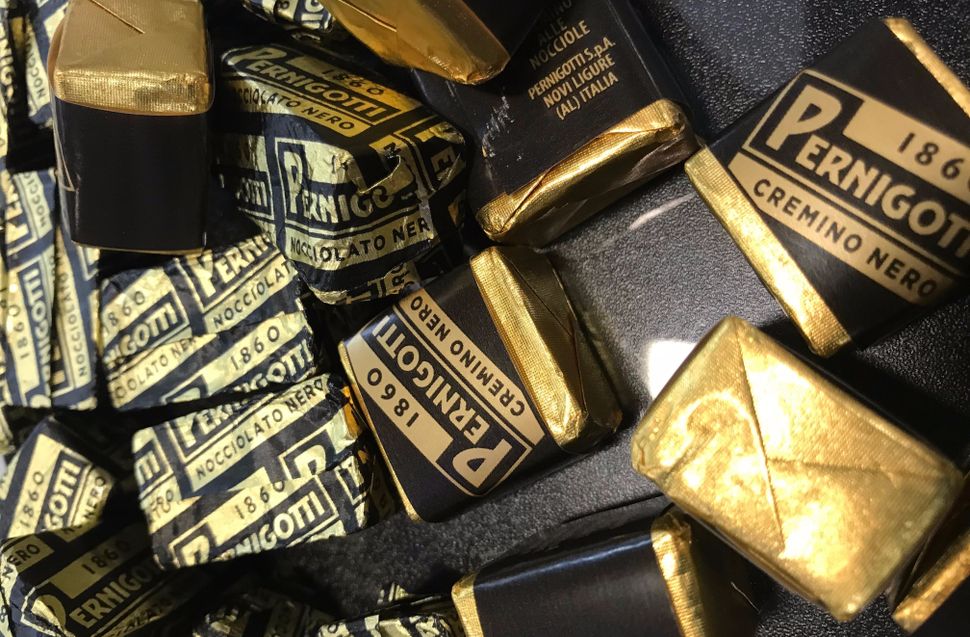 At Kosherfest, the annual specialty food show held last week at the Meadowlands, mounds of blintzes, farmed lox, bagels and pareve desserts attracted attendees. There was falafel along with many other fried foods. I steered myself away from all of those so that I could sample the chocolate — only the chocolate.

Some forays into high-end international offerings and new chocolate-coated treats with a healthy twist made that discipline completely worthwhile.

An Italian and a French chocolate debuted at Kosherfest. [Pernigotti](The Best New Kosher Chocolates), a fancy Italian line founded in 1860, specializes in hazelnut-filled chocolates known as gianduiotto. The confection hails from the Piedmont section of Italy, known for its abundance of hazelnuts. In a funny quirk, the newly kosher, OU-certified-company is now owned by the Istanbul brand, Toksoz. Another recent addition to the kosher chocolate world is from Shneider’s, a company that seeks to merge French cuisine with kashrut in several foods including crackers, appetizers, cake mixes and candies. Its new French chocolate line offers several milk, nut, white and dark options. Chocolate percentages are 56% and 72%. 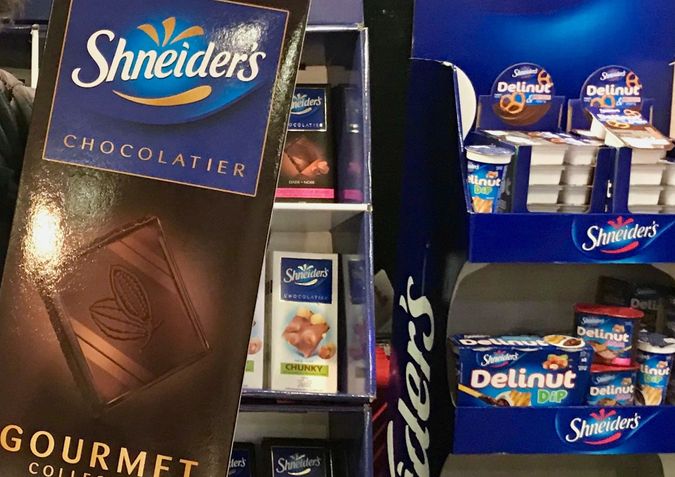 Shneider’s seeks to merge French cuisine with kashrut in a number of products, including chocolate. Image by Mark Hurvitz

A big trend in new chocolate products, which was made clear at this year’s Kosherfest, is health. Chocolate packages touted claims including non-gmo, vegan, gluten free, low-glycemic and nut free. Another biggie is fair-trade certified. That may say something about shifting customer tastes, desires and shopping habits.

Here are some notable examples:

Home Made, an Israeli company, initially began making healthy snacks for hiking and camping at home for family and friends. (The website touts: “From our home to your heart.”) Once they are available in the U.S. (they are looking for distribution), you can choose from chocolate covered combos of almonds, pecans, hazelnut, date, granola, quinoa, puffed rice and/or cranberry. The mini-size bars contain no trans fats, preservatives, glucose sugar or lactose.

Raw Chocolate Company, which so far only distributes its products in the UK and in Europe, offers up raw chocolate coating almonds, ginger, goji berries and raisins. Vegan, fair-trade certified and gluten free, the Peruvian chocolate is fermented in the sun without other heat sources. Processing of the chocolate is minimal.

While they are not new to Kosherfest, the chocolate chips from California Gourmet are worthy of mention. In 2012 Trader Joe’s stopped selling pareve-certified (edible with meat or dairy dishes) chocolate chips. Though the chips still contained no dairy, the kosher certifier required the dairy certification. Customers were very upset. About four years ago, Chana Shusterman stepped into the breach with her California Gourmet Chocolate Chips, which are pareve, vegan, nut free, non-gmo, Belgian Callebaut chocolate chips. She currently sells them in several percentages, including 45%, 51% and 72%. Shusterman excitedly shared the news that she will soon be selling a smoked chocolate chip.

With all of the interesting and delicious offerings at Kosherfest 2017, I am glad that I managed my calorie intake to accommodate all the great chocolate samples.

Rabbi Deborah R. Prinz speaks about chocolate and Jews around the world. Her book, “On the Chocolate Trail: A Delicious Adventure Connecting Jews, Religions, History, Travel, Rituals and Recipes to the Magic of Cacao,” (Jewish Lights) is in its third printing. She is co-curator for the Temple Emanu-El Bernard Museum exhibit of “Jews on the Chocolate Trail” on view through February 24, 2018.

Getting To Know The Newest Kosher Chocolates