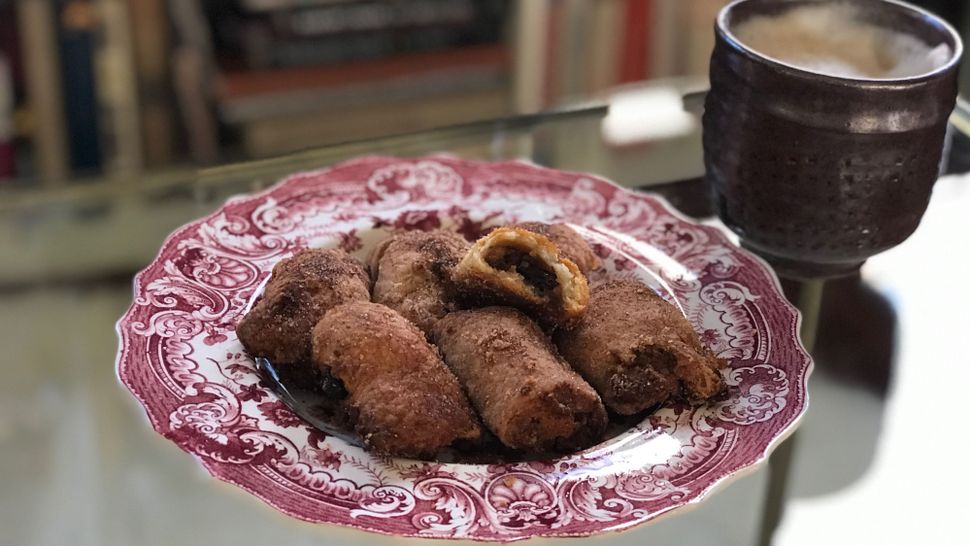 Happy to wake up to clear blue skies Saturday morning, and with the long Martin Luther King Day weekend before me, I decided to take Leo the Labradoodle on a proper walk around my Central Harlem neighborhood (as opposed to the corner-and-back approach we took in the rain on Friday).

Rather than putting on the coffee pot before heading out, I figured I’d grab a cappuccino at Patisserie des Ambassades or Double Dutch Espresso, both on Frederick Douglass Boulevard, and bring something freshly baked — croissants? scones? — home to my kids. Suddenly, I knew just what to do.

Past the coffee places, I took a left on 118th and there it was: Lee Lee’s Bakery. With its red and white striped awning, white picket fence and wood-framed screen door, it looks like it could have been plucked straight out of an idyllic small town in the American South. 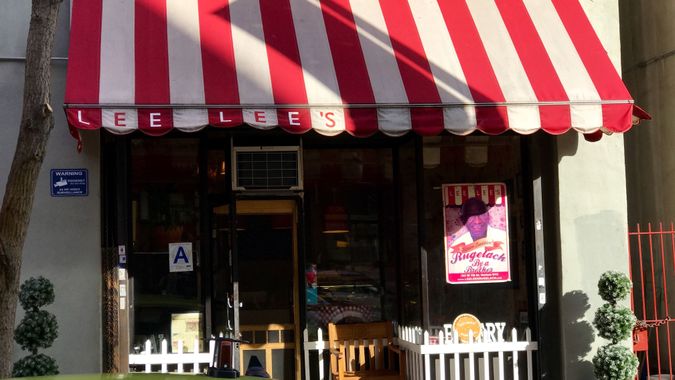 A little slice of bakery heaven in Harlem. Image by Liza Schoenfein

The specialty of the house, however, would more likely be found in a Jewish bakery on New York’s Lower East Side — and this too is obvious from the street. Because in addition to the picket fence and awning and old-fashioned screen door, what you see before you enter the shop is a big sign in the window with the smiling face of Lee Lee’s owner, Alvin Lee Smalls, over the words “Rugelach By a Brother.”

Smalls, who hails from South Carolina and is known as Mr. Lee or Lee Lee, has been making rugelach in Harlem for more than 50 years.

I attached Leo’s leash to the wooden bench next to the screen door — delicious smells had reached us well before we got there — walked in and ordered a dozen apricot rugelach from the woman behind the counter. To my left, an open door led to the kitchen. And there, in a red T-shirt and white plastic apron, was the 76-year-old Smalls. I introduced myself — so happy to meet him — and asked if I could take his picture. He graciously accepted, and I imagine he’s quite used to this request, having been written up over the years in publications from the New York Times to Crain’s New York Business — and of course this isn’t the first time he’s been covered by the Forward. 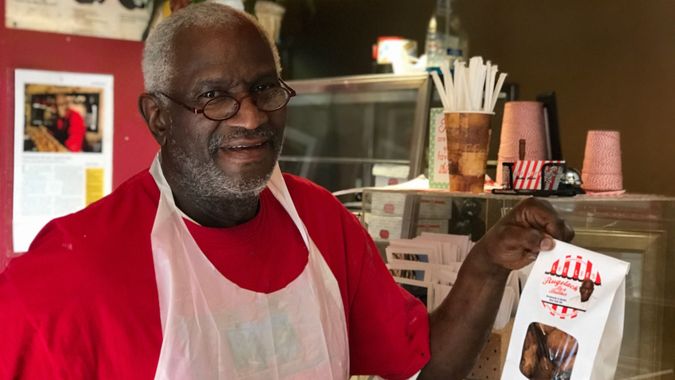 I waited until I got home to taste the rugelach, and was blown away by how good it is. It’s more crisp and flaky than most rugelach I’ve had, but rich with butter and moist with apricot preserves (and raisins coated in honey). I limited myself to two rugelach (they’re on the large side) and tried to limit the boys to three a piece (it was a struggle). Croissants and scones are great, but sitting in my sunny living room a couple of blocks from the Apollo Theater and the Studio Museum of Harlem on this Martin Luther King weekend (or ever), I can’t imagine anything better with my morning coffee than Lee Lee’s freshly baked “Rugelach By a Brother.”