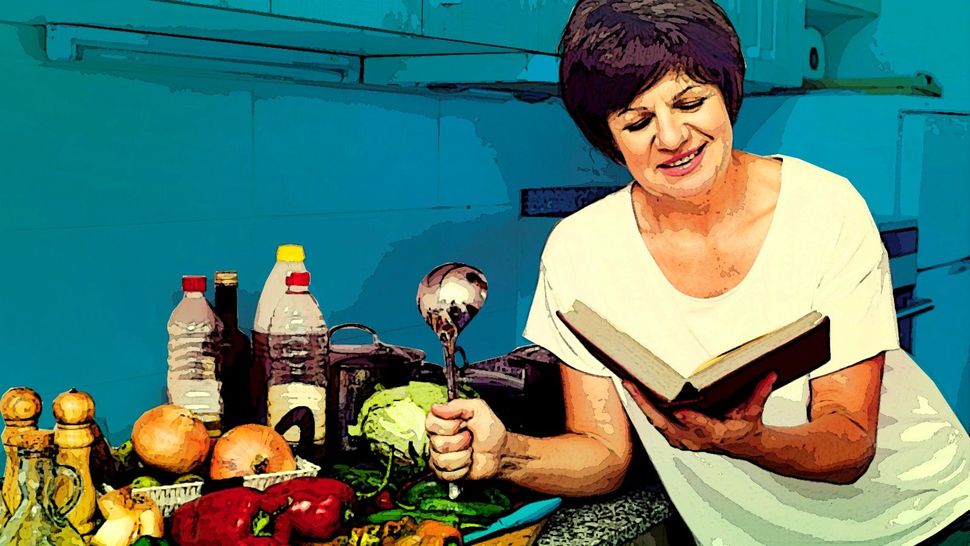 I was around 10 when I fell in love with cooking. I liked the way ingredients could be shaped and assembled by my small hands and transformed into something delicious — a quick and satisfying victory. But more than anything, I loved watching family members devour my food, what my then-pre-adolescent brain couldn’t have understood was part of female nurturing. A favorite pastime was to browse through glossy cookbooks. I would pore over the colorful illustrations of beautifully set tables laid with a platter of Beef Wellington or Baked Alaska. These were rich and complicated dishes beyond my expertise and my family’s dietary preferences. I would dream of the day I would cook these rich and complicated dishes for my own future family.

Yet, I felt highly ashamed by such culinary fantasies. I was raised to believe that a woman didn’t belong in the kitchen. At least any longer than necessary. My mother worked long days as a physician. After she arrived home at 6 p.m. she made dinner for the family because someone had to do it and the little she knew was more than my father, who couldn’t even assemble a sandwich. She kept the food very simple: hamburgers or steak, Birdseye frozen vegetables, iceberg lettuce with bottled dressing. As much as I loved cooking, I believed I would end up like my mother: too busy to put the time in the kitchen.

In 1992, the year I was married, a famous working woman made a crack about women who baked. Hillary Clinton, the wife of then-Democratic nominee Bill Clinton, said of her life, “I suppose I could have stayed home and baked cookies and had teas, but what I decided to do was fulfill my profession, which I entered before my husband was in public life.” I agreed then with Hillary’s sentiment and dismissed all the chocolate chip cookies I had made as youthful indulgences.

Yet, as it had for my mother, cooking became my responsibility during marriage as my husband couldn’t make anything. I resented it. Each minute spent in the kitchen felt like it was being taken away from working on my writing or reading. So, like my mother I kept dinners simple, rarely invited over guests and insisted we eat out frequently.

That changed when my husband became stricken with lung cancer. Making sure he ate well during his treatment was literally life or death. Eating out was not an option. During that stressful time, I found making lasagna or eggplant parmigiana therapeutic. Cooking was something I could do for my husband during a time when I felt helpless to do much else. My two children were also grateful. My son, then 13, told me that he valued having a homemade meal to come home to every day while his father was deteriorating.

“You’re saving this family through food,” he once said.

Unfortunately, my cooking wasn’t enough to save my husband. But after his death, continuing to have home-cooked dinners helped make our home feel warm and inviting, despite the recent tragedy.

Soon after my husband’s death another chapter in my culinary journey began. My son became religious. He asked me to kasherize the kitchen and prepare a proper Shabbat dinner and lunch before the beginning of sundown Friday. Such a request went against everything I was raised to believe in from the religious part to the elaborate food preparation. A part of me wanted to tell him that if he wanted to become kosher he should make his own food, just as I had at his age. But then I thought that by doing this for him I would be giving my son a cherished present during a time when he most needed it.

After a few Shabbats with just my son and daughter, I understood that we needed to expand the guest list to truly make it a festive meal. That meant more food preparation and hence more time in the kitchen. I found myself devoting much of both Thursday and Friday to being in the kitchen, not to mention doing the shopping and planning the menus. Within a few months, I had become a hostess of big Shabbat dinners. I had finally achieved a (kosher) version of those glossy photos I had ogled during my childhood.

Once, convinced that I was my mother’s daughter, I hired a part-time cook to help with the cooking. For the first time I sat down to Shabbat dinner as a “guest” and helped myself to the vast array of dishes. Something was wrong. The food didn’t taste right. As usual, my son, who felt the same, said it first: “She doesn’t cook with your love,” he said.

I started to snap back at him about all the time it takes to cook, but then I stopped myself. Cooking, I realize, is one of those tasks a Jewish mother can’t delegate.

Judith Colp Rubin is a nonfiction and fiction writer who has co-authored several books including “Yassir Arafat: A Political Biography.” She lives in Tel Aviv.