The Deli Report, Part 2: Here’s What The Future Looks Like 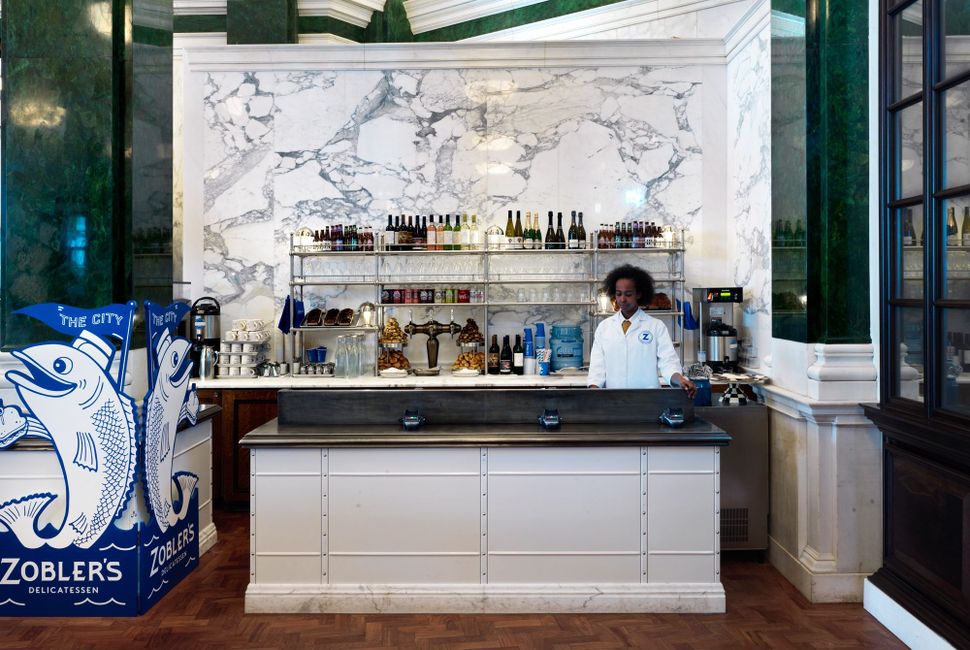 In the category of most unlikely setting for a Jewish deli, there’s Zobler’s, now bringing latkes, lox and chopped liver to a Soho House-backed hotel in a tony London neighborhood. Image by Courtesy of Zobler's

From your Tweets, emails and comments, we knew how much Forward readers loved deli. But your passionate responses to two recent roundups — one on the delis we lost in 2017; the other on delis in unexpected places — overwhelmed us. With such ardent fans, we think Jewish deli, once very clearly on the decline, has a very bright future, whether serving up classic tastes or nouveau twists.

Reinforcing that belief was a string of messages from our readers containing intel about the new spots that didn’t make it onto our last list. The common thread: Respect for tradition amped up with wild streaks that brings deli into an exciting new century. Here are six of the most intriguing. We’d love to keep the list growing, so let us know what’s opening near you.

Half-Sour, Chicago. Opened January 2018
Half-Sour co-owner Jesse Bloom has deli in his DNA; his grandfather started Mort’s Deli in Minneapolis. Half-Sour’s menu is a kind of elegant deli reboot; chopped liver comes with onion jam, port and grapes; chicken schnitzel gets a chili garlic glaze; and pastrami spices coat jerky. But straight-up classics get equal time, including mushroom barley soup, pastrami sandwiches and a good old everything bagel with lox and a schmear.

Freedman’s, Los Angeles. Opened December 2017
The East Coast bagel battle’s all about Montreal vs. New York. Now, Toronto’s entering the fray — in Los Angeles. Ontario-born siblings Jonah and Amanda Freedman are betting the Left Coast will love the fluffier bagels at Freedman’s, their haimish hipster hangout in L.A.’s Silver Lake. We’re calling their menu “wildly traditional” — think thin-cut veal tongue, latkes with cured sea trout, glazed brisket for three and savory rugelach. It takes chutzpah to launch a deli in the land of Canter’s and Langer’s, but it sounds like the Freedman’s has it in spades.

The ‘sister-in-law’ sandwich at Steingold’s in Chicago The “Sister-in-Law” sandwich pairs pastrami with kimchi and Chinese mustard. Image by Courtesy of Steingold's

Steingold’s, Chicago. Opened September 2017 “Steingold’s is the Jewish deli of the future,” declared the Chicago Tribune last month. No, robots don’t slice your pastrami. But owner Aaron Steingold’s daring to run a deli inspired by Jewish culture rather than enslaved to it. Meaning? The “Sister-in-Law” sandwich pairs pastrami with kimchi and Chinese mustard, the “Grandma Rachel” — named for Steingold’s century-old Nana — plops herb-rubbed turkey and havarti on challah and the Reuben enlists house-spiced Wagyu beef. If this is the future, bring it on.

Dingfelder’s, Seattle. Opening Summer 2018
Vance Dingfelder and Stephanie Hemsworth have been tantalizing Seattleites with juicy Facebook images of sandwiches planned for Dingfelder’s, an “authentic, old-world” deli set to open this summer. Also on tap: “Plenty of knishes, whitefish, smoked salmon, cookies and more!,” they posted. Maybe Vance is getting nostalgic for Jewish delis of Long Island, where he grew up. “We want to make DIngfelder’s a tribute to our families, the trials and joys of our lives for all to see the history of our people,” a post declares. “Let’s show Seattle where we all came from!”

The Deli Report, Part 2: Here’s What The Future Looks Like