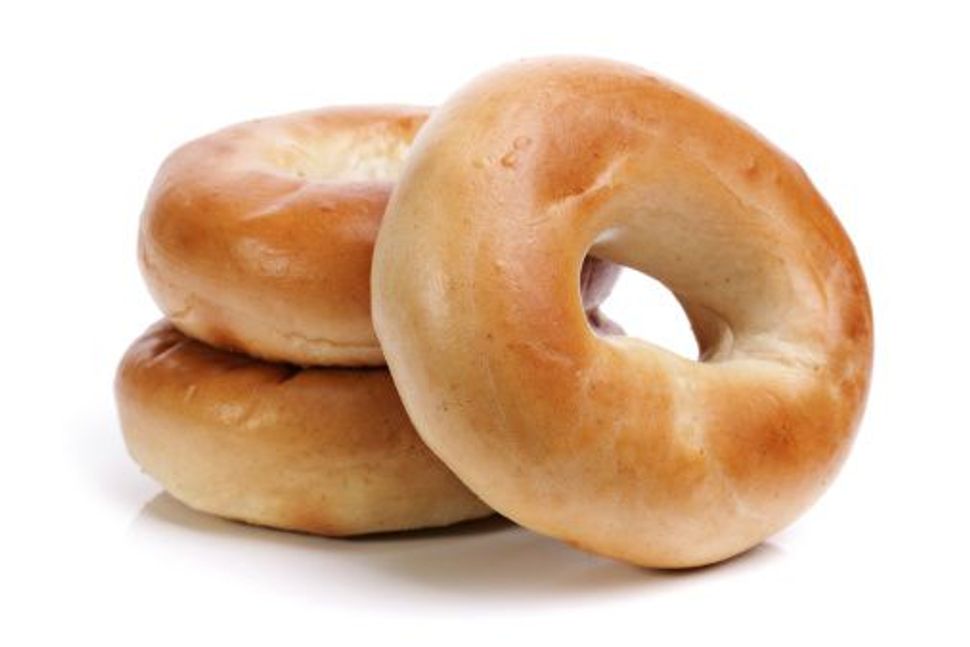 In 1999, the first emoji was created in Japan by Shigetaka Kurita. In the nineteen years since then, the concept of the emoji attained critical mass, exploding into Western society and beyond. But never did the engineers behind the brilliance of ‘dancing girl emoji’ or ‘angry face with horns emoji’ consider the sheer cultural significance and pleasing aesthetic sensibility of the bagel. Until now.

Some people are under the impression that Jews run the world. If that is the case, then why has it taken so long for the pipe dream of the bagel emoji to become a reality? If Jews ran the world, the creation of the bagel emoji would have preceded the smiley face, and possibly also the frowny one.

Jews and bagels have had a long and torrid love affair. Ruth Bader Ginsburg herself is partial to poppyseed ones. I am personally partial to a toasted everything bagel in the morning. These delectable bits of boiled bread are arguably the most famous Jewish food there is. Bagels came of age on the Polish shtetl streets, growing into complacent middle age in artisanal, overpriced Lower East Side eateries and are now celebrating their golden years, distilled into a few lines of code, soon to be featured as an emoji.

Of the 157 emoji characters or sequences being added to the universal lingua franca of iMessage this year, the bagel stands out as the most anticipated.

According to Emojipedia, the singular authority on all things emoji-related, the bagel will likely be sliced, so as to distinguish it from the doughnut emoji.

When can you begin to use this life-changing technological development?