The Bagel Emoji Is Here, And Is A Travesty 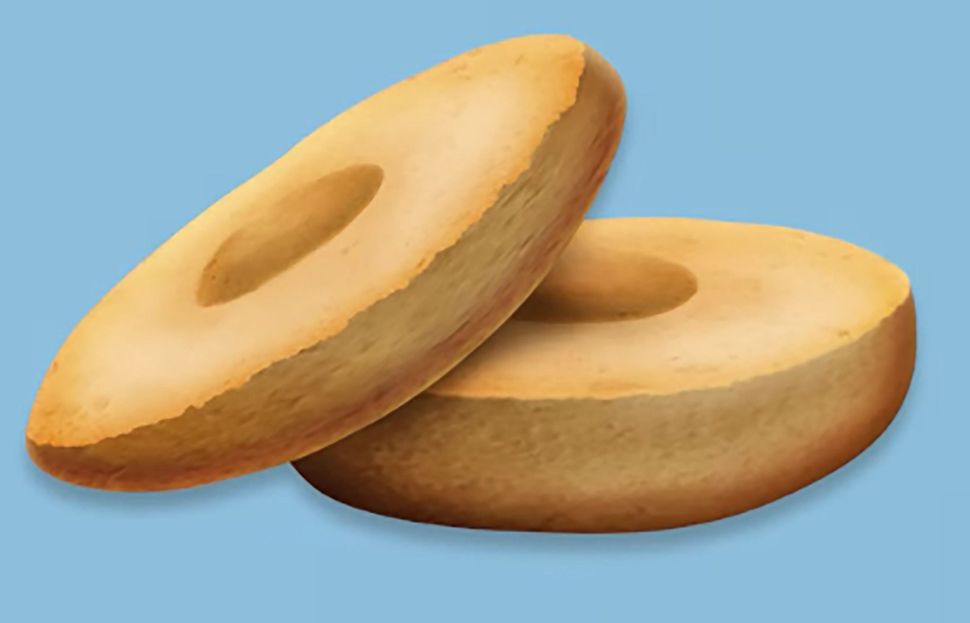 It’s too bad the “Frowning Pile Of Poo” emoji didn’t get approved, because that would be an appropriate response to the final design of Emojipedia’s sample bagel emoji.

The bagel emoji doesn’t look like a bagel. It looks like an inner tube for rafting down rivers. Or a sombrero with the top cut off. At best a glazed donut, perhaps. But not a bagel. 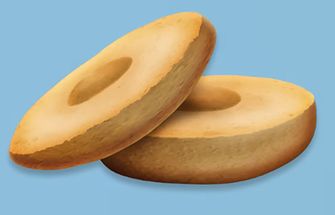 The official description of the bagel emoji is listed on Emojipedia as “A bagel, likely to be presented sliced to differentiate from donut / doughnut at small sizes.” It beats me how the artist took that and created his two rutting cookies sculpture.

One thing that Ruth Bader Ginsburg, Benjamin Netanyahu and Barack Obama all agree on is their love of the poppy seed bagel. But take note, Emojipedia, simply adding black dots on your current design won’t do the trick. We don’t need a spotted inner tube emoji.

The sliced bagel image shown in the Bagel Emoji Proposal is much better. Bonus: The documentation contains a lovely narrative about why bagels and Jews love each other so much. 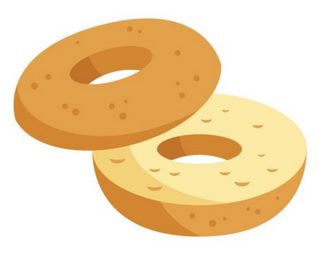 A suggested representation in the bagel emoji proposal. Image by Unicode Consortium

The official Unicode release document shows both sliced versions as samples. It also lists “schmear” under “Other Keywords” — is that a sign that we might see a cream cheese emoji in the near future?

For those of you as disappointed as me about the design of the bagel emoji, stay calm. Emojipedia crafted their sample images in an “aim to capture how these emojis might look” when they arrive on Android phones and iPhones and iPads. Let’s hope not.

Software vendors and phone manufacturers will design their own versions of these new emoji characters before they appear on mobile devices in late 2018. Apple and Google: this is what we need from you. Rescue the bagel emoji, after all, we don’t want another burgergate.

In the meantime, the character will look like a square or rectangle if you come across it before it’s working on your phone, which IMHO is better than the Emojipedia sample image.

The bagel emoji in a Google search. You will see a square or rectangle in place of the emoji until Apple and Google get around to releasing them for your phones, tablets and computers.

What does the sample image look like to you? Take this poll. At the time of publishing, “donuts” is in the lead with “inner tubes” a close second.

Jonathan Zacks is the Forward’s director of information technology and co-founder of the appointment reminder software GoReminders.

The Bagel Emoji Is Here, And Is A Travesty