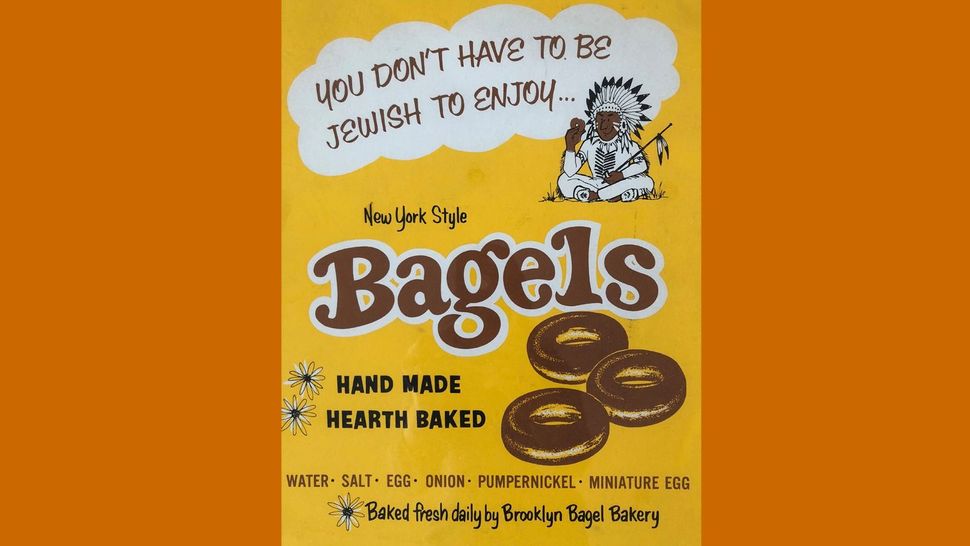 The Brooklyn Bagel Bakery was founded in Los Angeles in 1953 by Brooklyn transplant Seymour Friedman, whose son, Richard, took over the business in 1981, and ran the bakery until his retirement in 2015.

The ad above illustrates the bakery’s strategy, early in its history, of attempting to appeal to non-Jewish consumers. Today it hangs on the office wall of Friedman’s grandson, Jason Turbow, author of “Dynastic, Bombastic, Fantastic: Reggie, Rollie, Catfish and Charlie Finley’s Swingin’ A’s,” released last year by Houghton Mifflin Harcourt.

Turbow points out that the majority of the Brooklyn Bagel’s signage did not involve Native Americans.