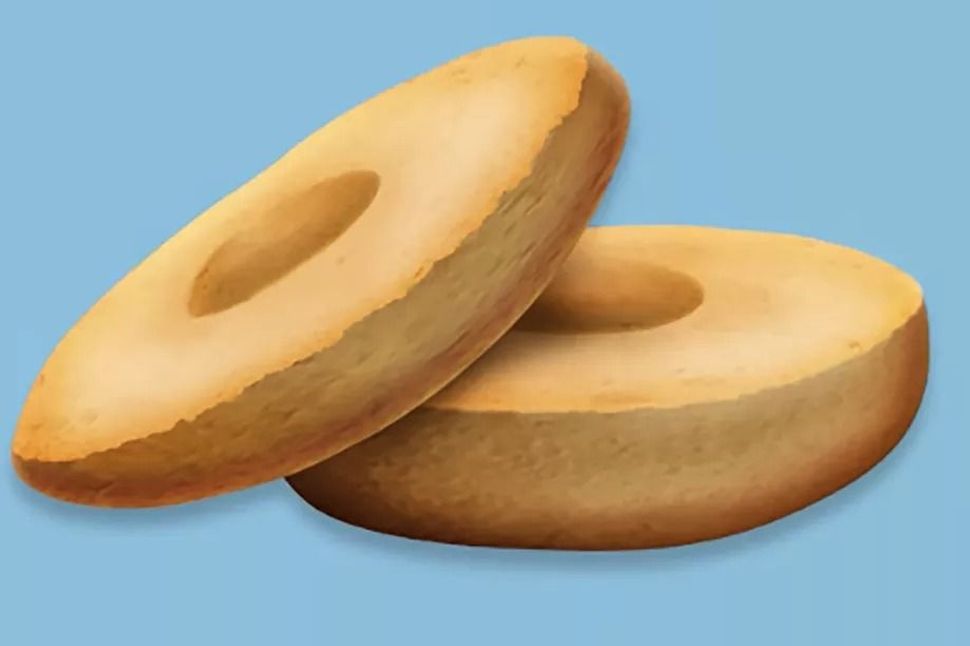 The Unicode Consortium, the mysterious not-for-profit tasked with making sure that emojis are consistent across smartphones and computers, likely expected that they would receive unanimous praise for the 157 new emojis that they unveiled on Wednesday.

After all, previous rollouts of new emoji symbols have allowed for increased representation by users, with pictograms of things like international flags, women in hijabs and eggplants allowing people to fully express themselves.

But this time, they have gone too far.

Sure, the new llama emoji is cute. And the emojis that the organization calls “Man, Curly Haired” will allow untold numbers of Jakes and Joshes to portray themselves with Jewfros.

But then they unveiled this monstrosity. They call it the “bagel.”

This committee was tasked with creating one single image that clearly denotes “bagel.” The Platonic ideal of a bagel. What Nietszche would have called the Überbagel, if he ever ate bagels (he didn’t, which is probably why he thought there was no God).

Instead, they seem to have been inspired by bagel crisps, if not Nilla Wafers.

Emojis are supposed to helpfully express an idea or concept in a lighthearted way. This emoji is not helpful or lighthearted. It is useless and oppressive. If emojis are substitutes for language, then this emoji is the equivalent of pronouncing “bagel” to rhyme with “haggle.”

A plain bagel? Plain? Nothing about a bagel should ever be plain. If you don’t want an everything, then that’s fine, it’s a free country. But not even a poppyseed bagel, the favorite flavor of Ruth Bader Ginsburg?

(For that matter, why is there no RBG emoji?)

And don’t think I haven’t noticed that there’s no cream cheese. Where is the schmear? Are the emoji people New England Patriots fans who now hold a grudge against all things Philadelphia? You can hold the lox and the onions and the capers and the lettuce — God knows that the bubbies ordering at H&H or Absolute Bagels have their quirks — but a bagel without cream cheese is like a fish without water.

A true bagel must have cream cheese — not despite the fact that so many Jews are lactose-intolerant, but because of it. Judaism is all about the mixing of joy and misery. We smash a glass at weddings. We eat bitter herbs with our matzah at the Passover Seder to remember the travails of our slave ancestors. Should we not also include a bit of suffering when we eat chametz?

If they wanted to create an emoji for “two hemorrhoid donut cushions balanced on each other,” then they have succeeded. But as a bagel — feh. It wouldn’t even pass muster at Bruegger’s.

As the great Jewish writer Daniel Pinkwater once wrote, “Bagels can be an enormous power for good or for evil. It is up to us to decide how we will use them.”

Therefore, I am now calling for a total and complete shutdown of using the bagel emoji until our country’s representatives can figure out what the hell is going on.

This emoji is worse than “The Emoji Movie,” which has a 0% score from top critics on Rotten Tomatoes.

This emoji is an affront to God and man.