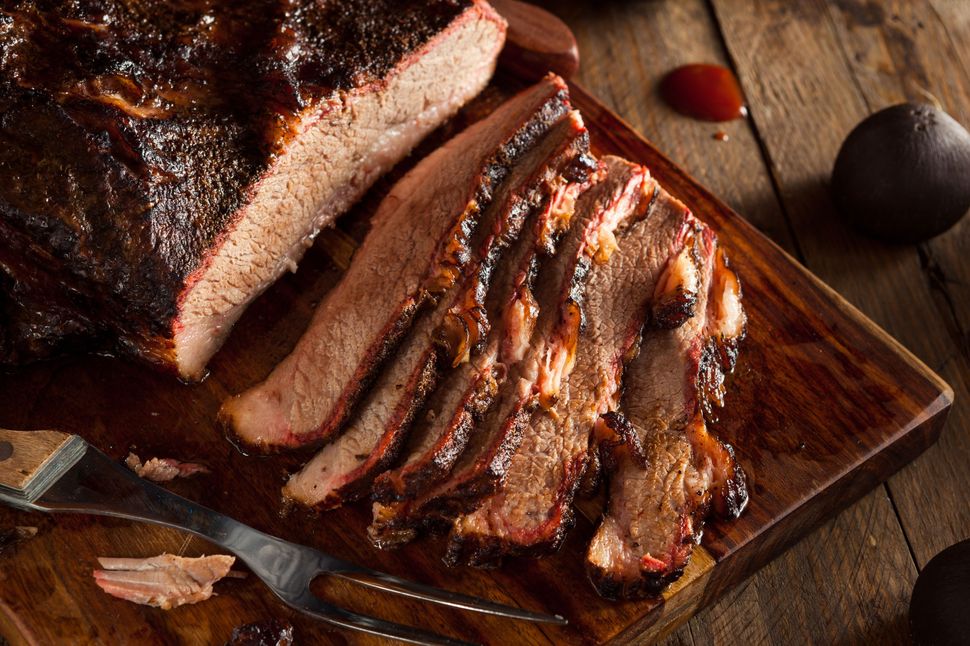 Some senators recently took to Twitter to mock Vice’s new article on the rising popularity of Brooklyn barbecue. The article went viral as people took affront to the pathetic, sparse spread and New Yorker exceptionalism. The Internet has spoken, and it has declared Brooklyn barbecue ‘not a thing.’

Why is Brooklyn barbecue taking over the world? https://t.co/aiemJpWxZw pic.twitter.com/dGPyQ7X912

This is THE saddest tray of BBQ I have ever seen. Also, Brooklyn BBQ is NOT now, nor ever, taking over the world. https://t.co/XToWpiEdmb

If you live in Brooklyn I think you owe the entire country an apology for that Brooklyn BBQ story.

But Jewish barbecue is.

Brisket, the quintessential Jewish dish. Most Jewish holidays are food-centric and Passover is no exception. Braise it, toss it in an oven to bake for hours and voila, you have something to serve on Passover that honors tradition and wets everyone’s appetite at the same time.

Brisket was one of the cheapest cuts of meat available to beleaguered Ashkenazi Jews in the shtetls, partly because it was made from one of the toughest muscles of the cow and required slow cooking.

Fast forward a few formative years and American Jews were owning Jewish delis and brining briskets to make corned beef and other Lower East Side staples.

But brisket isn’t just for holiday meals. Head down to the South and you’ll find barbecue traditionalists ogling these handsome cuts, no utensils and no sauce necessary. Just hours in the smoker, a spice rubdown and some gentle, slow cooking.

Both the Jewish, brisket-eating immigrants and Southern ranchers who doubled as barbecue connoisseurs had something in common – neither group could afford the expensive cuts of meat that fancy meat recipes demanded. So both groups turned to brisket, which is how brisket became both a Passover necessity and a reliable presence at Southern barbecues.

Smoked barbecue brisket is also gaining followers among Jews more familiar with the oven-baked variety served at many family gatherings, the Wall Street Journal reported in 2015. Reflecting the rise in popularity, brisket prices have been creeping up. From Izzy’s Steakhouse to The Wandering Que, Jewish pitmasters are manning their own grills and barbecuing their own briskets. Brooklyn barbecue might be overpriced garbage, but the emerging art of Jewish barbecue sure isn’t.

@izzysbbq is home to some of the best smoked-by-a-pitmaster brisket you can get in New York, lusciously fatty and perfectly spiced. It’s what helps make the Crown Heights spot one of New York’s absolute best kosher restaurants. Tap the link in our bio right now for all our picks for NYC’s best kosher spots, which should be destinations not just for Jews, but for any seekers of excellent meals. ?: @melissa_hom