Quinoa Will Save Millions Of Jews From Starvation This Passover 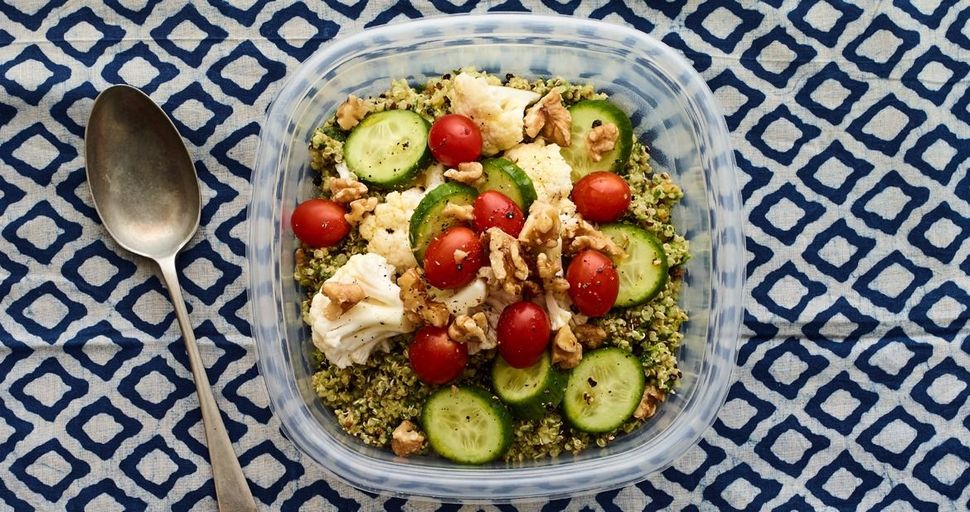 A Brief History of Quinoa

You’ll probably be shocked to hear that quinoa used to be the poor man’s food. (Whole Foods clearly didn’t get that memo.) When the Spanish invaded South America, they mocked the grain and called it “food for the Indians”. They forbid the cultivation of the grain, and the Incas (who considered the crop sacred) were forced to grow wheat instead.

It was grown for years without fanfare, until Oprah and the ‘90s propelled it to global superstardom as a must-eat health food.

Today, the Andean region produces about 70,000 tons of quinoa yearly. As appetites for quinoa grew, prices fluctuated and Andean farmers were hit with a new set of challenges on a scale they had never reckoned with. While some states have tried it, including an attempt in the Colorado Rockies in the ’80s, the American climate is not exactly conducive to quinoa growth.

But Oprah was right to make quinoa into a celebrity: “While no single food can supply all the essential life-sustaining nutrients, quinoa comes as close as any other in the plant or animal kingdom,” said a 1993 report from NASA, identifying quinoa as a great food to take into space.

Quinoa is high in protein, and can lessen our co-dependence on wheat and rice,. While quinoa costs a pretty penny ($1.10 a pound in 2017) — due to its saponins, chemical compounds that have to be taken out before eating, in an expensive polishing and grain-washing process — scientists recently announced they’d been able to chemically modify a strain of quinoa that is easier to process, the world rejoiced — world hunger could be reduced significantly if quinoa was as cheap as wheat.

But few food historians have caught one of the most important milestones in the history of this versatile seed — that is, 2013, when the relationship between quinoa and the Jews was united for eternity — in honor of the sacred holiday of Passover.

Is Quinoa Kosher For Passover?

On Passover, grains are prohibited. Five grains, to be exact: Wheat, spelt, oats, barley, and rye are all verboten on the eight days of the Festival of Freedom.

But quinoa isn’t actually a grain. It’s part of the goosefoot family, a cousin to spinach and beets. The Orthodox Union took a rare, bold stance in 2013 and certified quinoa as kosher for Passover. “I think especially over Pesach, you don’t want to cut out what you can eat, to be more restrictive than you have to be,” said Rabbi Menachem Genack, CEO of OU Kosher.

Perhaps it was because of this that the United Nations declared 2013 “The International Year of the Quinoa,” ?

Growing up, I can recall eating tremendous quantities of two things on Passover: potatoes and matzo. Potato starch, potato flour and ground up matzo were holiday staples. But no longer, thank Hashem.

To get your quinoa-kick for Passover started — here are some recommended Pesach-friendly quinoa recipes:

Quinoa Will Save Millions Of Jews From Starvation This Passover