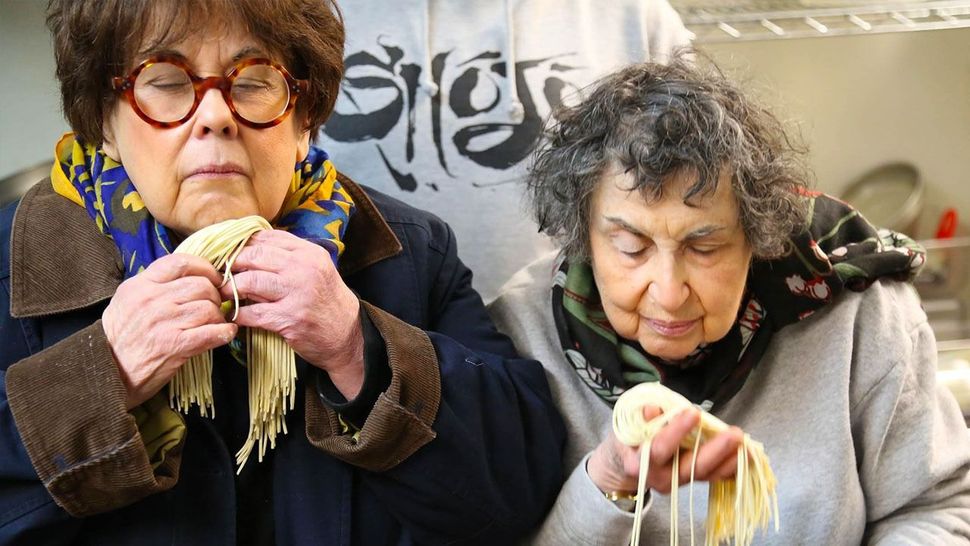 Call it TV’s most unlikely hit: A pair of Jewish sisters, aged 76 and 81, “flirt” their way into chefs’ kitchens to engineer cross-cultural culinary mashups like dosa burgers and pastrami ramen.

But Food Flirts has become a sensation for PBS. And now, siblings Marilynn and Sheila Brass are up for a coveted James Beard Award for “Best Television Show, On Location”.

“We were pleasantly surprised” by the nomination, Marilynn Brass told the Forward. “We were very lean when it came to crew, just six of us, and two interns on the culinary team. Everyone did everything from shoveling snow to vacuuming the rug, as well as television duties. We were like a family.” Sheila Brass has described the show’s concept as “food without borders”.

The sisters will have to make more room in their trophy cabinet; this week, the Taste Awards which styles itself as “the highest awards for creators, producers, hosts, and directors of Lifestyle Programs,” awarded the Brass sisters the, ahem, “Breakout Foodie” award for 2018. Did they see any irony in the honor?

“We’re everyone’s ‘grandmothers’ and ‘aunts’,” Marilynn Brass said. “We are privileged to show that older people are still vital, inquisitive, and energetic. We started writing cookbooks and doing television when Marilynn was 60, and Sheila was 65.”

The Beard Award nomination is not the first for the Boston-based sisters; their 2008 cookbook debut, Heirloom Baking With The Brass Sisters, earned a nod that year.

James Beard Award media-category winners will be announced Friday, April 27 in New York. The culinary James Beard Awards, for chefs and restaurants, will take place May 7 in Chicago.