Black And White Cookie Doughnuts Are The Newest Food Abomination 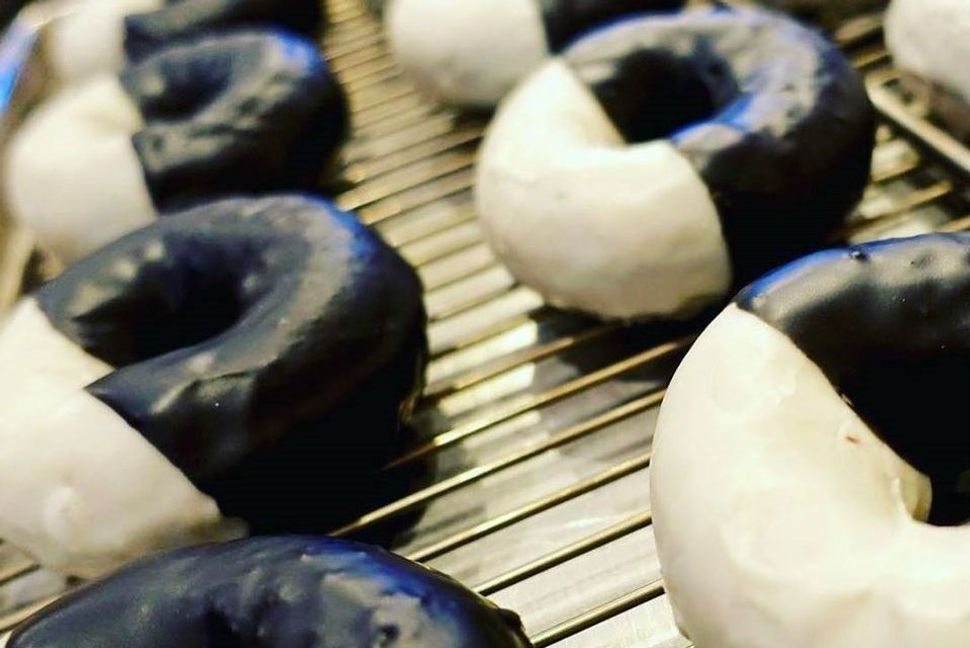 The wheel turns and nothing is new, the saying goes. Except some things are.

When our ancestors moved here from the shtetls of Europe, they were not expecting to find their culinary traditions so universally beloved, to the extent that everyone felt the colonialist urge to sink their teeth into them. But sink their teeth they did, and the result? Black and white cookie doughnuts.

Since 2016, the stalwart doughnut producers at Doughnut Plant have been doing their very best to ruin a Jewish staple, churning out 1,000 of these monstrosities a week.

It’s a complicated reimagining of a bakery classic, and while it doesn’t have to exist, traditions are made to broken, and so are hearts, and these probably taste pretty darn good.

New York City is known for its tasty black and white cookies, but when I heard about @doughnutplant’s black and white DOUGHNUT – I had to try it for myself. And the best part? They’ve somehow managed to make half of the actual dough chocolate, and the other half vanilla too! Not just the frosting!!

Black And White Cookie Doughnuts Are The Newest Food Abomination