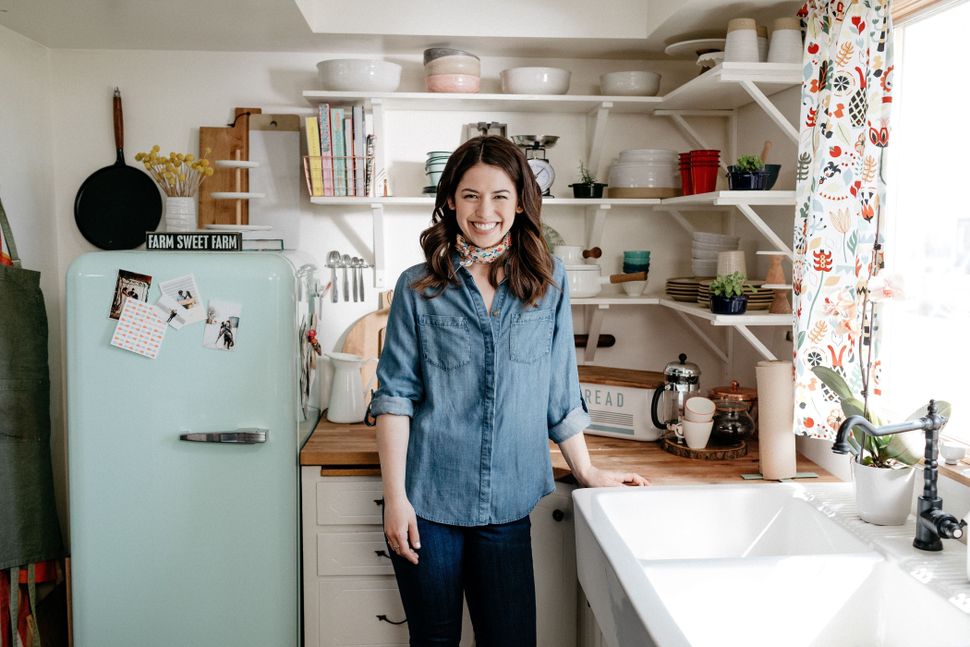 Image by Courtesy of Molly Yeh

We can say we knew her when. Forward contributor Molly Yeh, award-winning blogger, and acclaimed cookbook scribe is about to make a big-time television debut. Girl Meets Farm, a Food Network series, shares Yeh’s infectious love of food as it reflects on her unlikely journey from Jewish-Chinese percussionist food blogger to Minnesota farm-dweller and kitchen powerhouse. The show debuts June 24; the Forward caught up with Yeh from her home in Grand Forks.

How did Girl Meets Farm come about?

In October 2016, when I was in New York for the release of Molly on the Range, my agent said “The Food Network wants to meet with you.” I thought, great – I’ll get to go to Dizengoff and eat hummus [The Food Network’s NYC offices are above Chelsea Market]. A few months later, they asked to send a camera crew to see my kitchen, get me cooking on camera, shoot the farm, record scenes in town. The production company put together a sizzle reel, and a few months later, my agent very casually mentioned, “Oh, they’d like to meet with you”. It was all so chill. I thought, if it happens, cool. If it wasn’t meant to be, I’ll still share my food in other ways.

I’ve only seen the pilot, but the majority takes place in my kitchen, with me cooking. Each episode revolves around a menu for an event – it might be as casual as taking lunch out to my husband, or a baby shower, or an anniverary party. You’ll also see scenes from the farm, whether it’s collecting eggs from our chickens or tending to our garden. Or I might go into town to find cute dishes to serve tacos on at a party.

For each half-hour episode of Girl Meets Farm that we see on television, how much shooting’s involved?

Each episode takes about about a day and a half. There are two passes at each recipe. The first is me speaking about the recipe. In the second pass, the camera zooms in while I dump carrots into a pan or whatever. Then there’s another round of “grabs” – my hands with food or utensils. A food team also set up an entire second kitchen in our garage. If I made a cake, I wouldn’t need to sit around and wait for it to bake. It was such a wild process. The most difficult adjustment after shooting was having to do my own dishes again! When the crew comes to town, I think we triple the population of Jews in East Grand Forks, Minnesota. We shot during Chanukah, and even lit the menorah together. 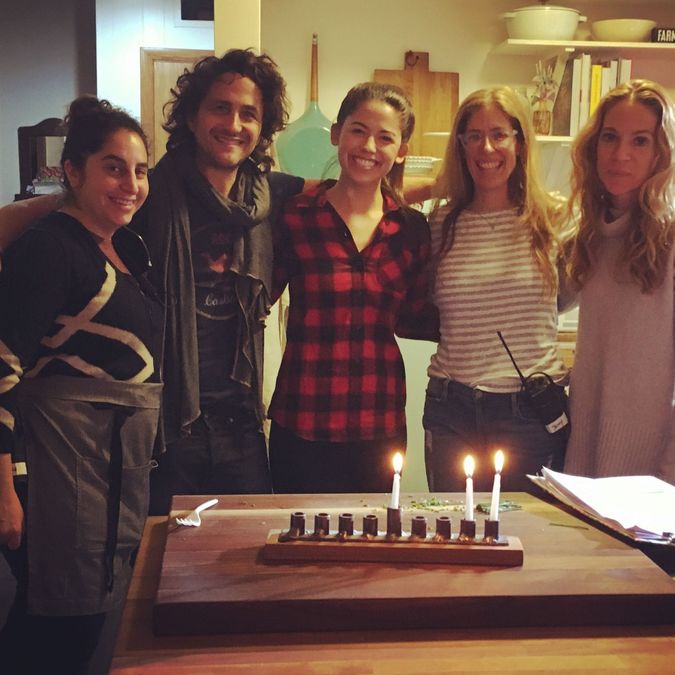 A lot of it is generational, and striving to speak to a new generation about food that they like to cook and can cook. We live in a time when we more options than any other time in history in terms of ingredients and recipes. When my grandmother-in-law was growing up on this farm 60 years ago, she had access to what was in the garden what the cows produced. Right now, my spice rack is filled with spices from Tel Aviv. And I’m probably the first person to bring zaatar to the farm.

Your blog and writing celebrate your Asian and Jewish roots. Will you be cooking Jewish on the show?

Yes! Challah, shakshouka, and hummus, for starters. In one episode, my mother, Jody, comes to visit. We make one of her specialties, brisket. She was so much fun on camera. We talked about food, which is what we talk about normally.

It’s every Jewish parents’ dream to have a kid on TV. Has she been kvelling?