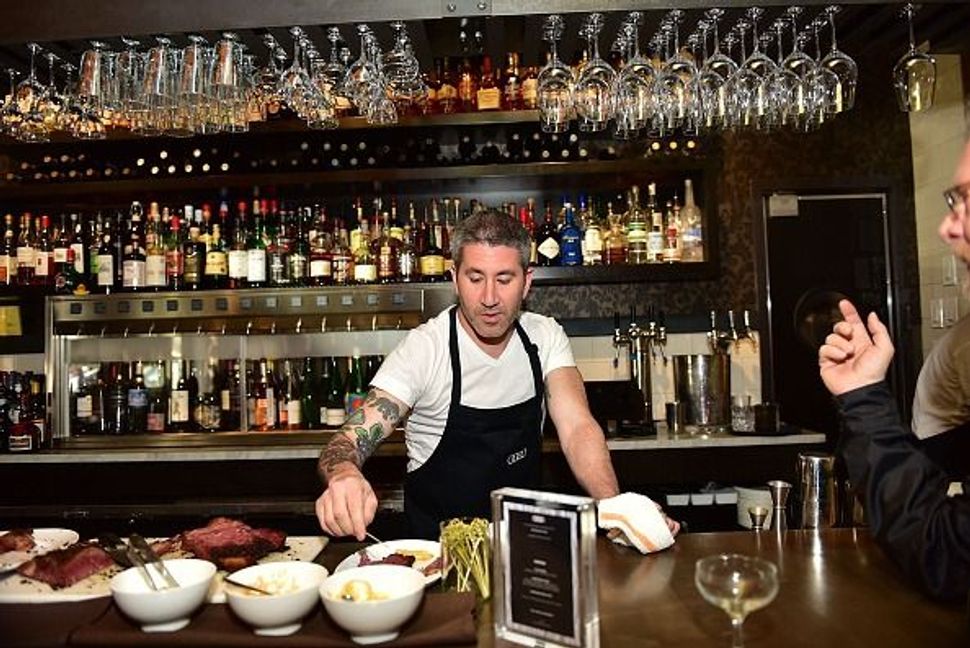 The dinner’s a preview of sorts of the duo’s next cookbook, Israeli Soul: Easy, Essential, Delicious, due October 2018.

Why, the Forward asked, do Solomonov and Cook think Philadelphia’s so enthusiastically embraced their highly personal vision of Israeli and Jewish cuisine?

“Philadelphia is frequently compared to other large East Coast cities and so we have a little bit of a chip on our shoulders. But the city is fiercely supportive of homegrown talent,” Solomonov told us. “That’s a big reason we’ve been successful building a business around Jewish and Israeli cuisine. Our restaurants reflect who we are as people and as a company, and Philadelphians appreciate this. They can smell a fraud a mile away.”

Ironically, one of the world’s best-known chefs won’t have a hand in the food. The meal’s not even coming from Philadelphia. Table One, a New York-based kosher catering company, will have cooking duties

The evening’s proceeds will support historic preservation of B’nai Abraham Chabad – the city’s oldest synagogue – and early-childhood programs of the Center City Jewish Preschool. You can still get tickets, at $180 a pop, here.