Nestled in Worthing, Barbados, is a Chabad House run by Rabbi Eli and Sterna Chaikin since 2017 —the 11th Chabad center in the Caribbean to date.

Yet the Chaikins dedicate themselves to providing kosher food to the Jews passing through — and to offer local cuisine while they’re at it. 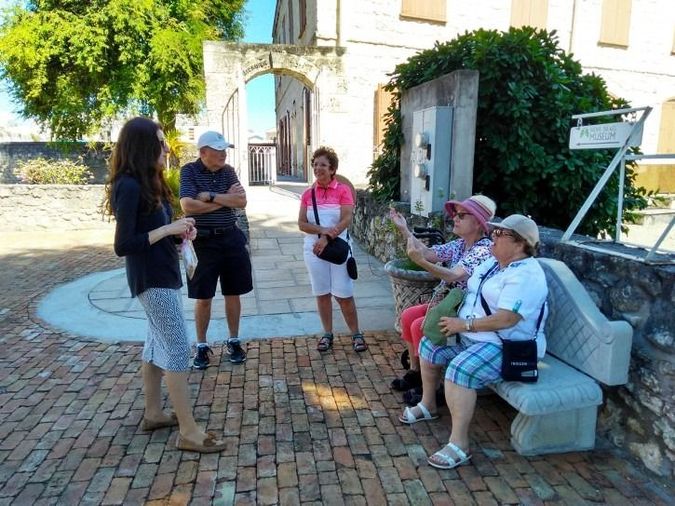 “We are in the process of developing menu items featuring authentic local flavors while, obviously, keeping to the parameters of kosher; particularly the many favorite fish-based dishes such as the famous ‘Flying Fish,’” Rabbi Eli Chaikin told me over email.

Barbados has long been known to Barbadians and people in the know as ‘The Land Of The Flying Fish.’ These flying fish, also known as etinurdichthys affinis, are silver and blue creatures that have been known to soar from the sea into the air distances of 70 feet or more, sometimes hundreds of fish at a time. This Barbadian dietary staple can stay in the air for ten seconds at a time, often taking to the skies to avoid larger, predatory fish.

“Over the years, the locals have perfected the art of filleting the flying fish,” Chaikin wrote me. “It is then traditionally served in a rich tomato gravy over rice or cou-cou, a corn-meal pudding of sorts, or seasoned, battered and fried.” 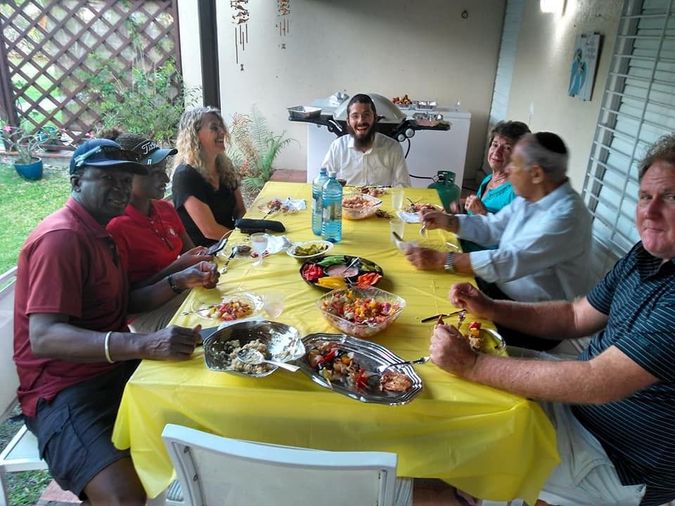 Image by Chabad of Barbados/Facebook

Then there’s the ‘Breadfruit,’ with its slightly nutty flavor, which Chaikin is also looking to incorporate into the kosher meals he and his wife serve. “This strange looking fruit can be found growing all around the island and can be prepared in a number of different ways; boiled, baked, crushed or made into chips,” he wrote.

But it’s not just about the food. Many opportunities for connection with other Jews come about as a result of offering a kosher food service. Just recently, when an older Israeli couple visited Barbados, and were forced to stay for a few extra weeks because of an unexpected health incident, the Chaikins were them to provide them with food and moral support in a foreign country.

By mixing local specialties with kosher cuisine, the Chaikins hope to show their visitors that keeping kosher while traveling needn’t come at the expense of a culinary experience.