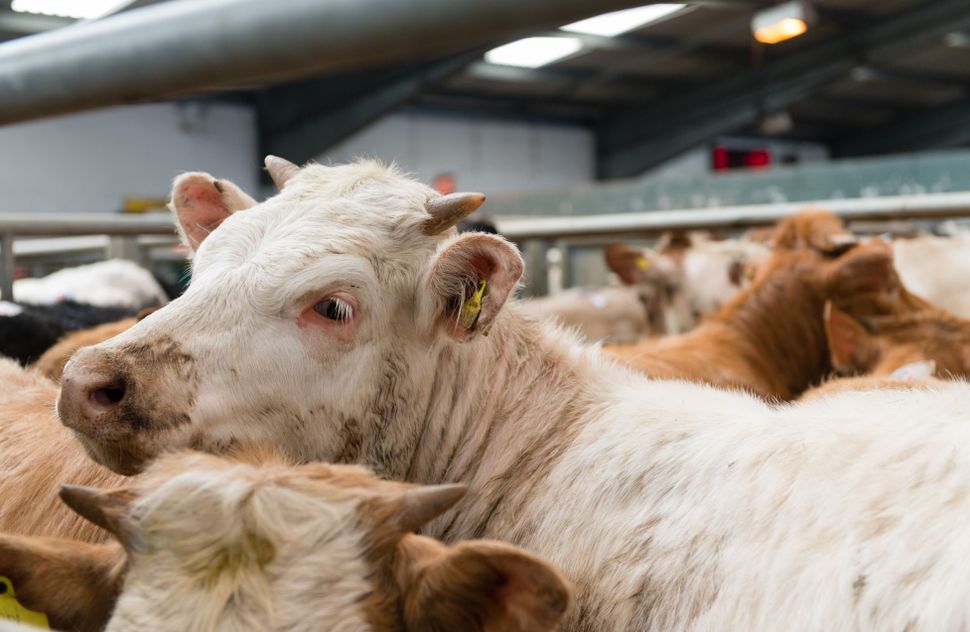 The Orthodox Union has told its approved beef purveyors in South America to stop using a controversial slaughter method.

The O.U., which is the largest kosher certifying agency in the United States, sent a letter to its meat purveyors in June notifying them that it would no longer accept meat slaughtered using the “shackle and hoist” method, said Rabbi Menachem Genack, CEO of the organization’s kosher division.

The letter came after Israel decided to ban the import of any meat slaughtered using the method, in which the animal is pulled into the air by its legs and then flipped onto the ground before being slaughtered. Critics of the method, which is commonly used in South America but not permitted in Israel, say it puts unnecessary stress on the animal and is inhumane.

Israel’s agriculture department banned the method for imported meat last year and gave slaughterhouses, many of which also produce kosher meat sold to the U.S., until June 1, 2018, to comply. The Israeli policy said that slaughterhouses had to install rotating pens to turn the animal upside down, which is seen as more humane than using shackle and hoist.

On Monday, Genack told JTA that he expects that all slaughterhouses certified by the O.U. will stop the practice by the end of September. He estimated that about a third of the beef certified by the O.U. for sale in the United States comes from South America, with the rest being slaughtered in the U.S. and Canada, where the shackle and hoist method is not used.

“The O.U. for a very long time has been focused on this, trying to promote slaughter in the pen of beef, so we’re happy that Israel took that step,” Genack said.

The Israeli ban came after an undercover investigation and campaign to end the practice by animal rights groups, including the U.S. group People for the Ethical Treatment of Animals and Israeli groups Anonymous for Animal Rights and Let the Animals Live.

PETA praised the O.U. decision in a statement to JTA.

“Stopping the import of ‘shackle and hoist’ beef to the U.S. is a historic step forward, and will help eliminate some of the worst abuses surrounding kosher slaughter,” said Hannah Schein, director of research and logistics for the organization’s cruelty investigations department.

Schein added that PETA “encourages kosher consumers who want to make the kindest choice” to consume meat substitutes instead of meat.