For One Game A Year, The Long Island Ducks Go Kosher 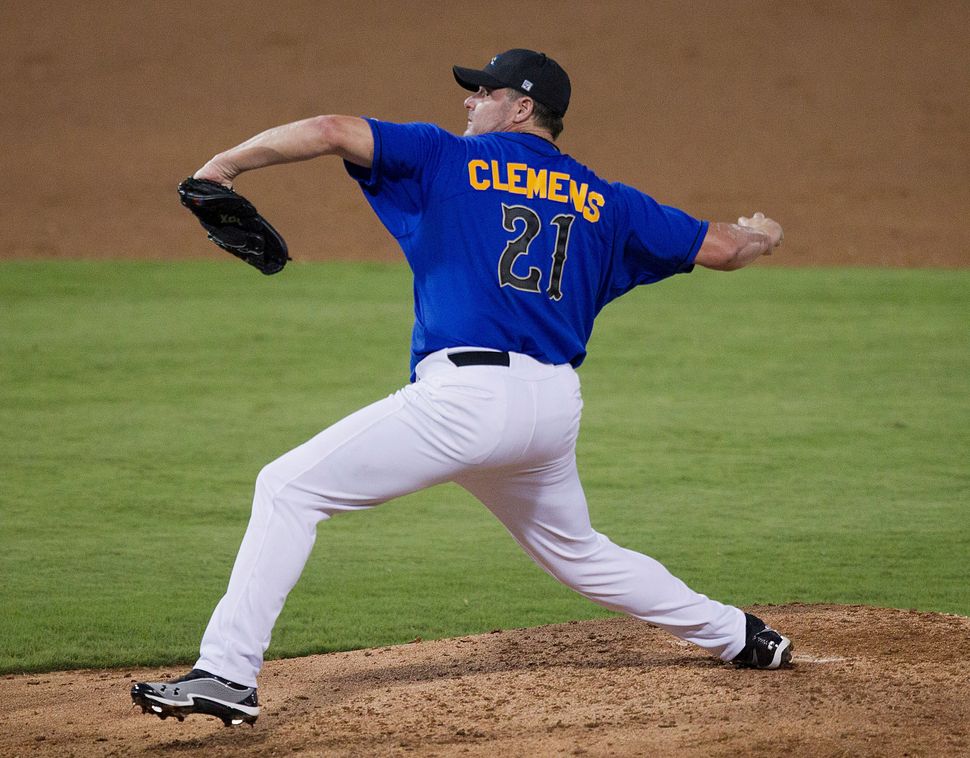 For the fourth year in a row, the Long Island Ducks will go kosher for one delicious night. The team’s annual “Jewish Heritage Night,” this year held on Sunday, August 5, will honor the grand tradition shared by Jews and sports fans: eating well. Jewish food like knishes will be served, along with kosher versions of standard sports game, like hot dogs and french fries.

The Ducks are in their 18th year, which, as Patch reports, in Judaism is a number symbolic of “chai,” or life. The evening is sponsored by the Chabad of Islip.

Rabbi Shimon Stillerman, of Chabad of Islip expects over 5,000 people. “The all around game has a very nice Jewish heritage atmosphere. The ducks do a great job at that,” Stillerman told the Forward.

Kosher food can be scarce at ball games. But when it is there, people tend to buy it, associating kosher with cleanliness, according to Jeffrey Striks, whose company Strictly Kosher supplies kosher food concession stands to stadiums like Nassau Coliseum and Yankee Stadium.

Finally, Long Islanders will be able to take a break from yodeling Billy Joel and flip-flop their way down to Central Islip for a kosher knish. Tourists can hop on the Long Island Rail Road (try not to wince too hard at the prices) and take a trip out of New York and into suburbia for a taste of Jewish-themed sports.

We hope they knock it out of the park.

For One Game A Year, The Long Island Ducks Go Kosher