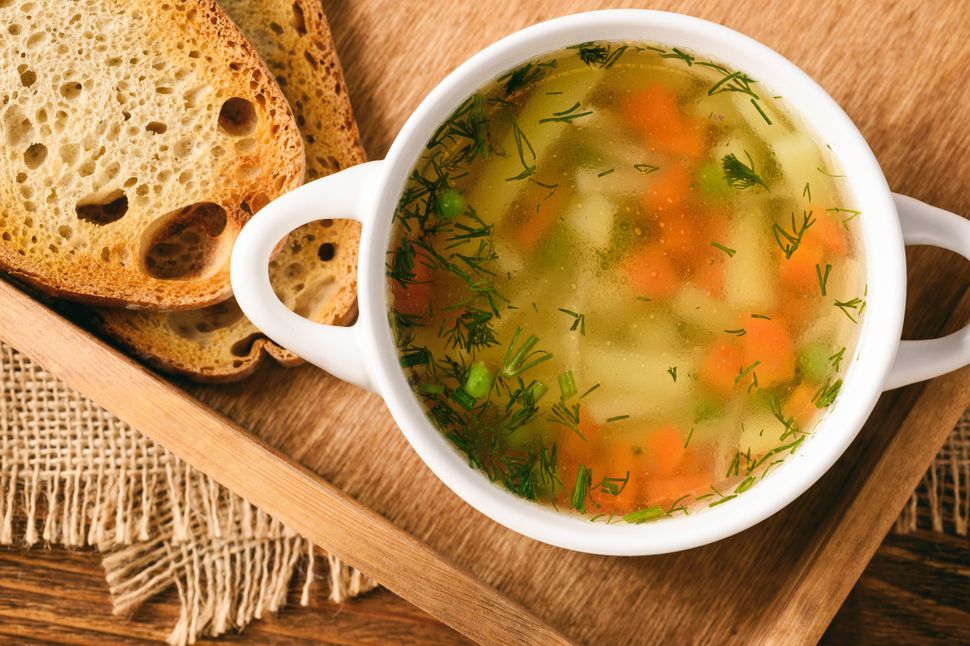 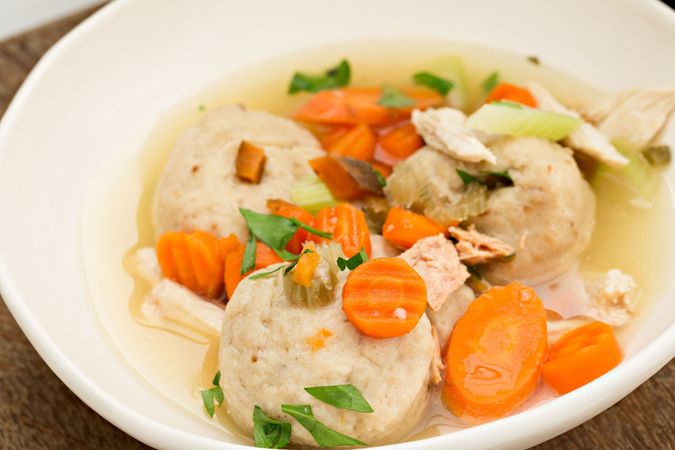 Continuing in the tradition of pulling the curtain off the weird, delicious, and unexpected secret ingredients in Jewish foods — today we have chicken soup, that eternal Jewish comfort food.

In fact, soup is one of the most forgiving recipes you can ever make in a kitchen. It absorbs the mistakes you make, it doesn’t need exact measurements (although for kitchen novices I would suggest them), and it can change flavors with a single sprinkle of parsley or a few sprigs of thyme. So here are a couple tips for you to use while whipping up a batch of everyone’s favorite Miracle Soup. 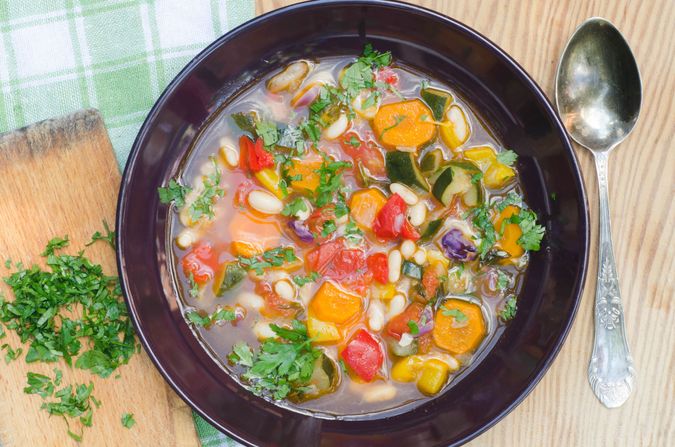 Keep it colorful with unexpected vegetables

We eat with the eyes first, don’t we? Chicken soup shouldn’t just be a homogeneous blob in a pot. At its best, chicken soup is a photogenic, colorful melting pot of different flavors and textures. Carrots, sweet potatoes, and tomatoes add color. A whole onion or two does wonders sweetening a soup. My mom loves herself a bundle of petrushka (Hungarian for parsley) to add some edge to a sweet soup. Beans and barley are also tempting options for thickening it past a broth and into a more stew-like consistency, if that’s your thing. Fennel if you’re nasty. Leeks and lots of root veggies will give your soup some depth.

Add a teensy bit of sugar to counteract the bitterness of ingredients like celery and eggplant, bell peppers and cucumbers. Try roasting your vegetables before putting them in the soup if you want something different.

Go easy on the salt!

This is less a secret ingredient and more a rule of thumb: Taste as you go along. There’s not a whole lot that can save an oversalted soup, save adding more liquid and more vegetables and super-sizing it. 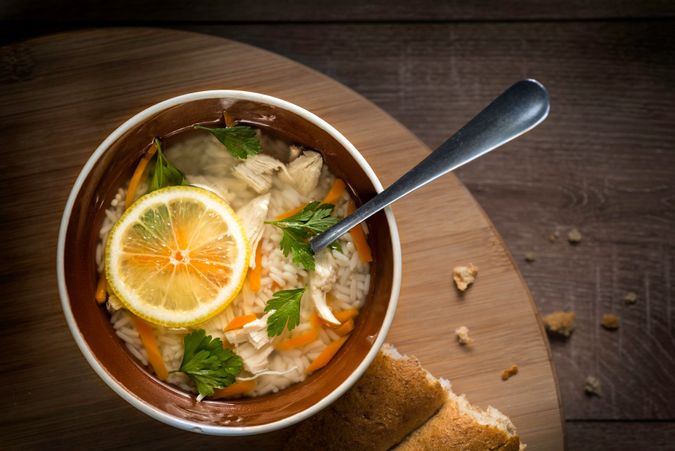 Put a lemon in it 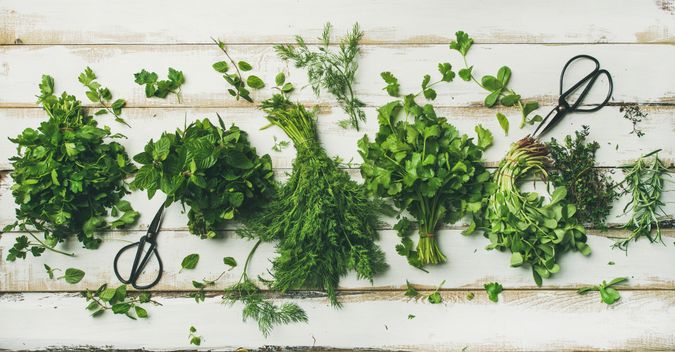 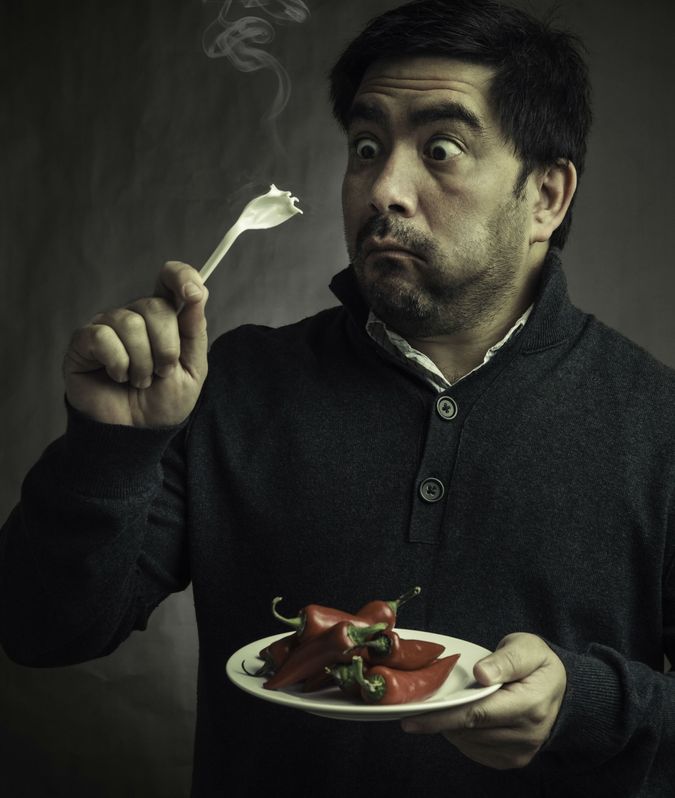 Jazz it up with some wild spices

Give your chicken soup some kick with onion powder, cumin, garlic powder, white pepper or black pepper. For the more adventurous eaters looking for a challenge, a few spoons of cayenne pepper, paprika or red pepper will give it some kick.

Add a starch and/or a liquid

From matzo balls to egg noodles, the options for fattening up your soup are endless. Croutons! Pesto. Sesame oil. Wine. Beer. Some whole eggs. These are just a few of the things people have used to jazz up a soup. 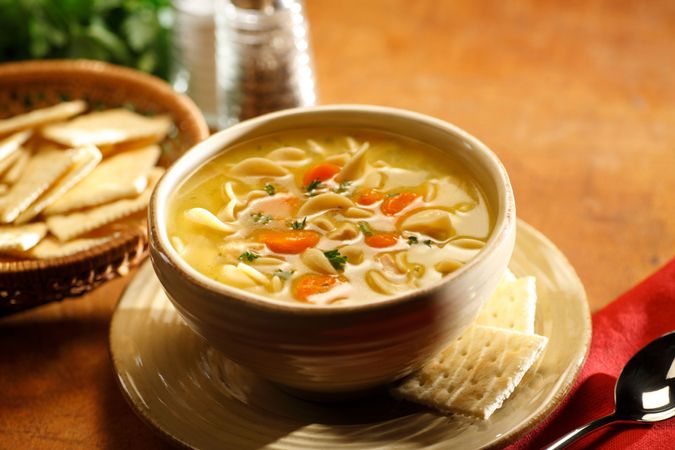 Brown the chicken before putting it in the pot. Throw in a splash of apple juice for a subtly pleasant flavor. Use chicken feet to give your broth body. Use whole cloves of garlic. Throw in spinach for added nutrition. Add turmeric, but not too much. Curry powder and star anise are some other unusual go tos. Smoked salt for an added tinge, or buillon cubes for a quick hit of extreme flavor.

Any secret ingredients you use that you don’t see here? Message me at feder@forward.com