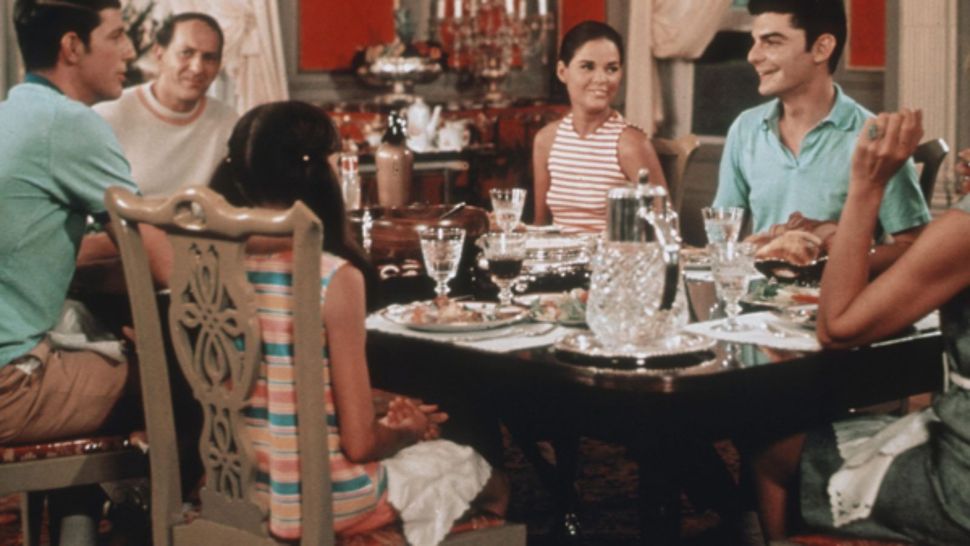 Chopped liver and onions was my grandfather’s favorite dish. He would sit down at the kitchen table, loosen his belt, and prepare to dig into a heaping platter of the stuff while me and all my siblings turned up our noses. The mound of gray sludge interspersed with sauteed onions looked far from appetizing to us. But to my grandfather, it was a symbol of economic success, and a way of remembering his Eastern European heritage. It’s a humble dish but it is entwined with East Coast deli culture, with Ashkenazi Jewry, and with economic stability.

From the chopped liver wedding table sculptures in “Goodbye Columbus” to “Funny Girl’s” main character Fanny Brice noting that the high-class pate she sees on a luxury cruise ship is just chopped liver — this food is synonymous with a Hollywood conception of Jewry. Before paté managed its way onscreen, there was chopped liver.

In Woody Allen’s mid-career two act comedy “Don’t Drink The Water,” by the close of the play, one of the main characters Axel is last seen working for his father creating a wedding statue of a bride and groom out of chopped liver, a perfect symbol of embarrassing, humorous Jewish excess.

In Neil Simon’s “Brighton Beach Memoirs,” a scene in which a Jewish mother serves mashed potatoes, liver and cabbage for dinner while living in 1937-era Brooklyn is described as a “form of Jewish medieval torture.”

The movie “My Favorite Year,” from 1982, a pean to the long-gone days of live variety television, has a scene in which Jewish character Benjy’s mother fawns over Hollywood movie idol Alan Swann by offering him chopped liver, which he politely but firmly declines.

The phrase ‘what am I, chopped liver?’ is deeply embedded in American cultures, showing up in movies and TV shows as disparate as The Jetsons, The Dick Van Dyke Show, Gilmore Girls, The Mighty Ducks, Spongebob Squarepants and Stuck On You.

Where did this phrase originate from? Some say this expression of social misanthropy stems from the idea that chopped liver was always a side dish and never a main, and is meant to express the frustration of being overlooked.

Some understand it as a culinary metaphor. Pate de foie gras is made from livers of specially fattened animals and is considered an expensive delicacy, while chopped liver is considered peasant food, despite being composed of similar ingredients. “What am I, chopped liver?” can mean why I am being treated differently, when me and my competitor have equal accomplishments?

Whatever its origin — on screen, the presence of chopped liver became a way to quickly signify Jewishness and the phrase ‘what am I, chopped liver?’ became an inherently Jewish complaint, a cry of unfairness, of rage against the machine, and an acknowledgement of justice gone unserved (or un-chopped, if you’ll forgive the pun).

Shira Feder is a writer at [email protected] and @shirafeder