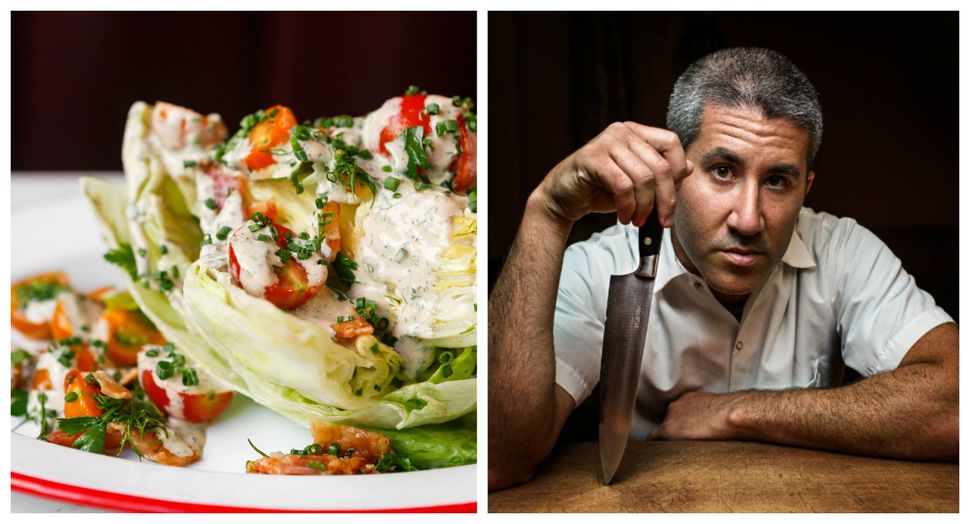 The bad news: Steve Cook and Michael Solomonov have closed one of their restaurants.

The good news: The Philadelphia super-restaurateurs have already reopened it – as their first Jewish deli.

The best news: The Rooster deli will have the same mission as the restaurant it replaced, with all proceeds benefiting a local non-profit.

“The Rooster is a chance to share what we love about Jewish food, with everything meticulously prepped and treated, like really great smoked meat on terrific rye bread,” Solomonov told the Forward. “Plus, there isn’t a Jewish deli in Center City.”

The Rooster replaces Rooster Soup, which Cook and Solomonov opened as an experiment in “radical hospitality” last year. The eatery made delicious soups using unwanted chicken parts from Federal Doughnuts, another restaurant in the duo’s Cook ‘n’ Solo empire.

But after a year, “we had to be honest with ourselves” about how the place was doing, Cook told the Forward. “When it was cold out, the restaurant was humming and we even made a little money,” the pair said in an Instagram post. “We managed to donate $16,000 to Broad Street during our first year, enough to cover the cost of about 7,000 meals. When it was warm out, the picture wasn’t as rosy.”

So Solomonov and Cook decided to reboot. As of this week, The Rooster is serving trad-with-a-twist gems, like hot corned beef sandwiches, Yemenite matzo-ball soup, and wedge salad with tehina ranch dressing.

“The Rooster is the CookNSolo take on deli,” Cook said. It’s an edited menu for the size kichen we have. We’re not trying to be a full-service Jewish deli, where you can get pot roast or giant slices of cake or whatever. It’s about serving the things we love.” Cook himself grew up in Miami Beach and Detroit; he and his family frequented legendary South Florida delis like Wolfie’s and Rascal House. “No specific menu items come from there,” he said. “But that’s where I learned how great deli is.”

The deli will keep the soup spot’s motto: “Eat Well. Do Right.”