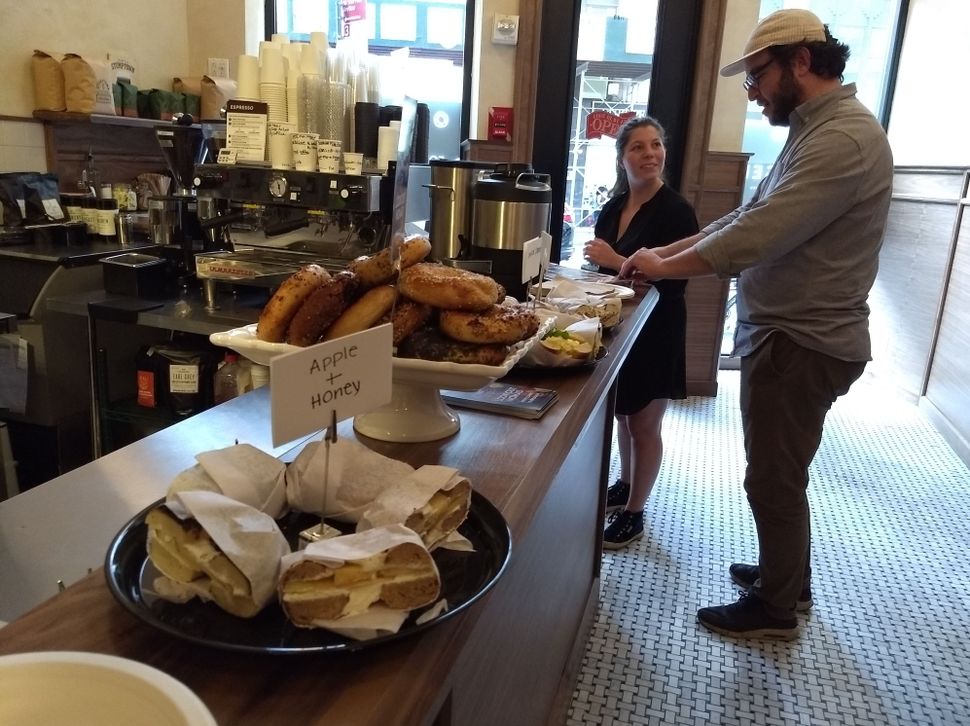 If you’d found yourself above 8th Street in Manhattan, and craved one of Black Seed’s near-perfect bagels, you were out of luck – until this week.

It’s alsoa the first step in a “northward expansion and a bigger footprint” for Black Seed, Bernamoff told the Forward at a press preview. “We’re looking at neighborhoods that are ‘bagel deserts’, where you don’t find other dedicated bagel stores or bakeries,” Bernamoff said. “There’s nothing from here pretty much all the way down to Murray’s in the West Village.” 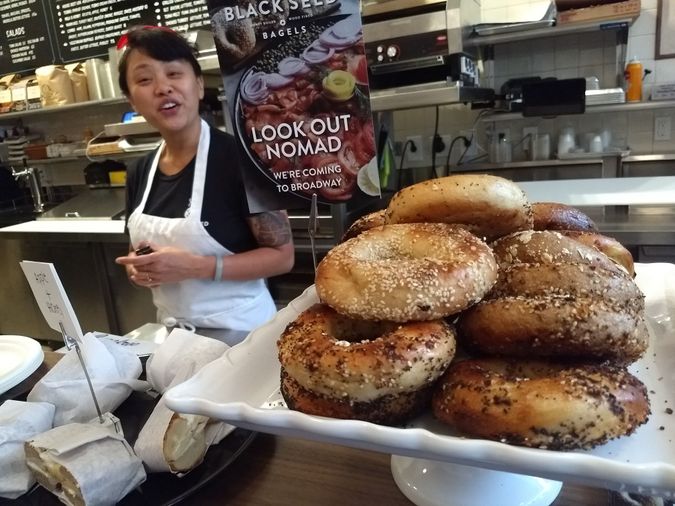 Diana Daoheung at the new location

Black Seed’s earned a cult-following – lines around the block — for hand-rolled, wood-fired Montreal/New York hybrids with just-right crunch outside and chew inside. They work especially well as sandwiches like a classic lox and cream cheese, creamy egg salad, and “beet lox” with horseradish cream cheese. His recommendation for first-timers or tourists? “I like the classics. Any visitor should try a sesame or everything bagel with cream cheese and lox,” he said.