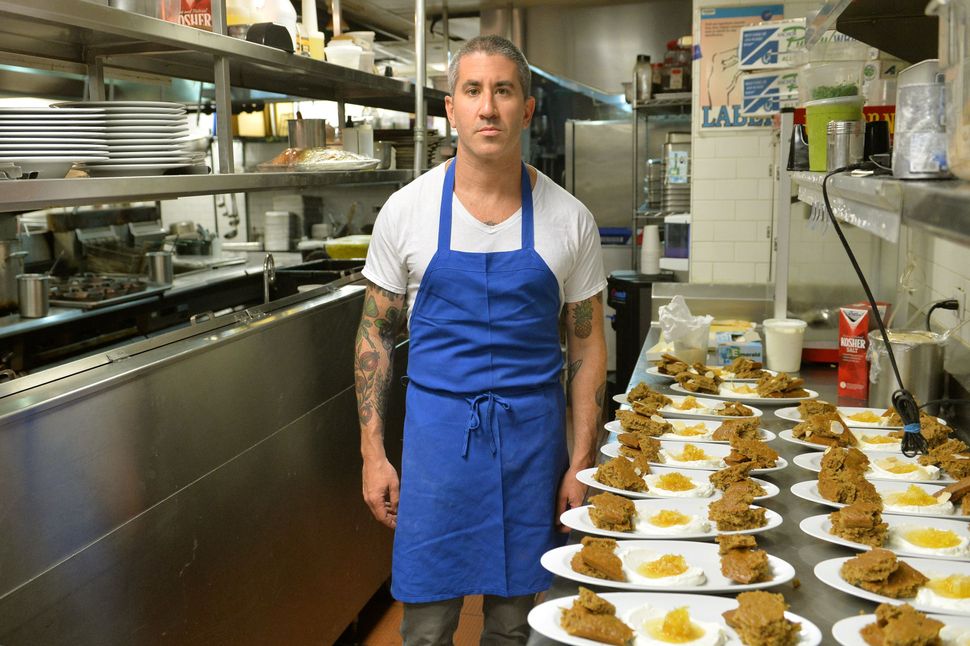 As the pair posted on Dizengoff’s Instagram feed last week, August 29 will be the counter-service eatery’s last day of business:

“For years we’d dreamed of having a New York restaurant. Mike was actually on the way to New York to find a kitchen job when he felt compelled to stop in Philly; thankfully he did because shortly thereafter, we made Zahav,” the pair’s James Beard Award-winning restaurant. “But today we’re sad to say that Dizengoff NYC’s last day of business will be August 29th. Thanks to everyone who’s supported us and come in to crush some hummus and pita.” The bright, busy spot also drew crowds for its vivid Israeli salads, shakshuka, and sweets like tahini cookies.

Dizengoff’s demise leaves Solomonov and Cook without a New York CIty presence. The duo wouldn’t comment on the closing, but Eater reports that some foodie snoops are blaming the opening of Miznon, another Israeli-helmed joint with a not-that-different menu. “That chain, too, is backed by a celebrity chef, and though it didn’t serve hummus, it had an expansive menu of eclectic pita sandwiches in a genre not too far from Dizengoff’s — as well as far more seating,” Eater said.

Solomonov and Cook’s Cook ‘n’ Solo group also shuttered Miami locations of Dizengoff and fried-chicken-and-donut mecca Federal Donuts last month, citing out-of-control costs. Solomonov and Cook have plenty more on their plates; as the Forward reported last week, their Rooster Soup was recently reborn as The Rooster, a straight-up Jewish with the same charitable mission as its predecessor.