The Kosher Dinner Club Without A Menu 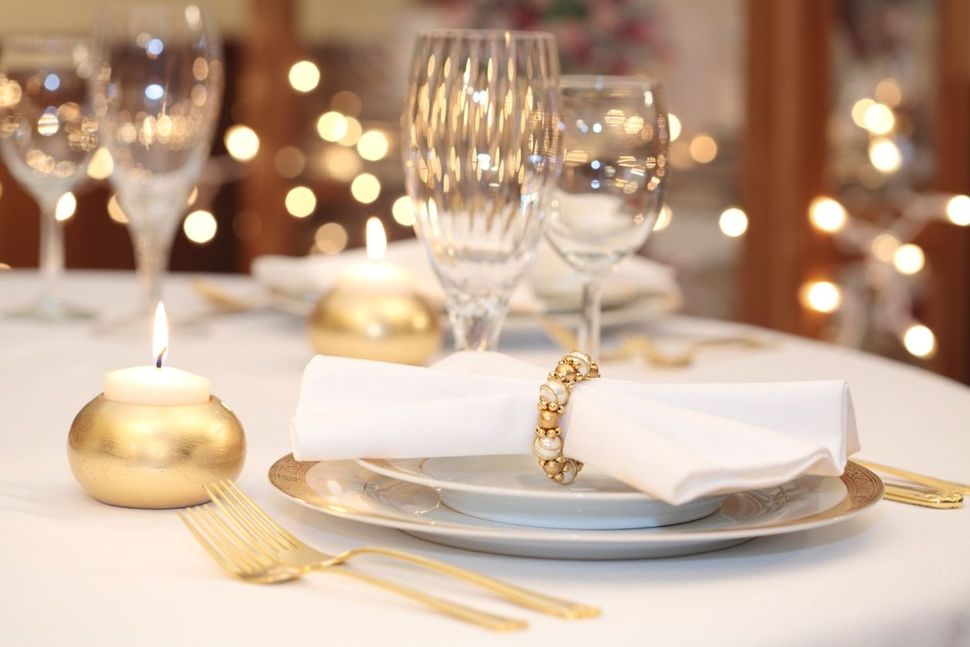 At The Musket Club, the new kosher gourmet dinner club that operates on word-of-mouth, the menu only comes at the end of the meal. The chefs want the food to be a surprise, and it often is. The food is a cornucopia of different tastes and flavors, and if you follow the three musketeers behind the gourmet dinner club on Instagram, you’ll know they spend a lot of their time journeying to exotic locales on quests to source new flavors for their elaborate seven course dinners.

Recent trips include a six hour quest to Portland, Maine to try one of the only three kosher meads available in the world (which made it to the menu of their second dinner) to more local journeys to the Union Square Greenmarket for fresh produce.

From 1920s speakeasies to A Midsummer Night’s Dream, these themed menus take at least 2-3 weeks to research and create. While the Club is still suffering through some growing pains, as the musketeers turned hostesses never sat down, perpetually rattling around the kitchen for spoons and other kitchen ephemera — the potential for something new and strange and great was certainly there.

But the most interesting part of this gourmet dinner club, where seats run $125 a person? It’s all certified kosher, by Rabbi Jon Leener of Base Brooklyn. 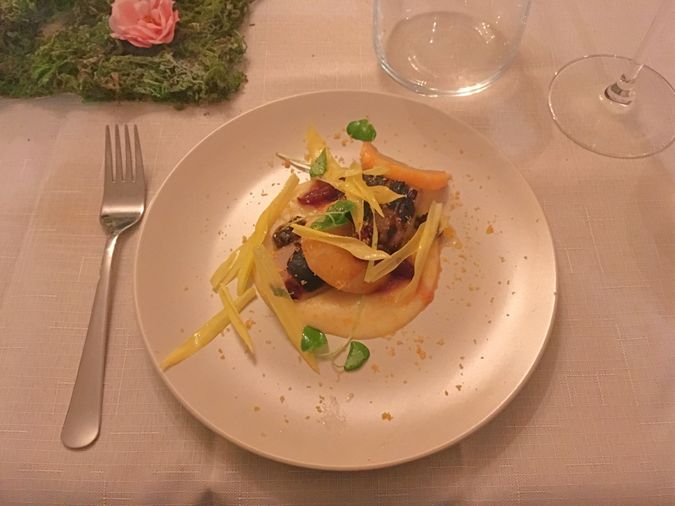 If the idea of a Greek-inspired grapevine smoked tomato heart served with saffron and lemongrass, and topped with a honeycomb seems overly fussy to you, then The Musket Club is not for you. But if the idea of elaborate, elevated eating entices you (and the price-tag doesn’t send you spiraling) then the Musket Club is always accepting reservations. 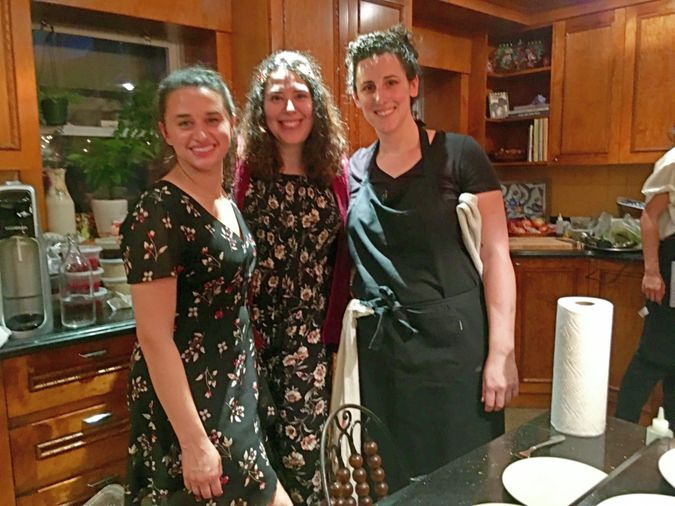 The women behind the Musket Club. Image by Shira Feder

The three musketeers behind the club include Chef Adina Halpern, who studied in the Michelin-starred Mugaritz as well as Modern, MiMi, and Le Coucou. It’s been her goal to take what she has learned at these international destinations and use that knowledge to feed kosher-observant Jews. Then there’s Rachel Margolin and Danielle Brody, who handle guest services and accounts, and marketing and event planning, respectively. Most of them have other jobs, with Margolin being a Bible and Talmud high school teacher and Halpern freelancing her chef skills. But the Musket Club is their baby.

Their last dinner was “a full house and then some,” Margolin told me. “We would always get inquiries about our food being kosher. We knew we couldn’t afford the OU or Star-K. Then Rabbi Jon Leener offered to certify us. We weren’t even asking!” 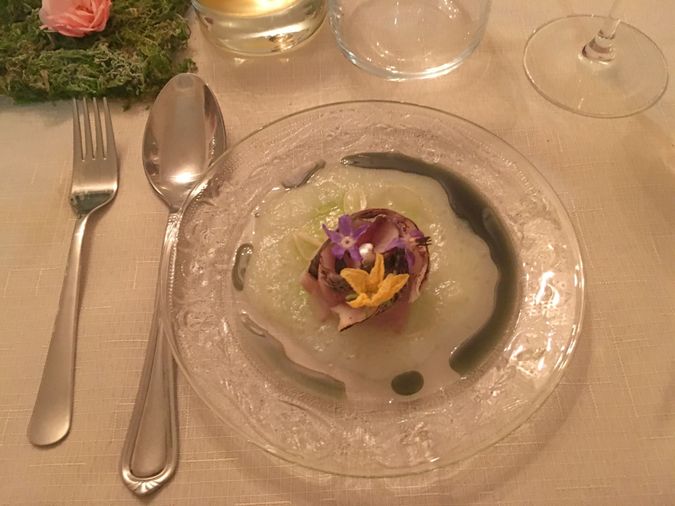 That certification opened the Musket Club up to a brave new world, allowing the musketeers to appeal to the demographic they desired, of young Jewish foodies who wouldn’t bat an eyelash at the $125 pricetag.

“Our goal is to broaden the horizons of all the people who come to our dinner,” Halpern told me. “To use ingredients they’ve never seen before….It’s sad that you can go to Peru and you can’t taste Peruvian food and Chabad is the only option.”

The musket club may well be the first of its kind. “We’re pioneers in the kosher supper club industry,” Margolin tells me. The Musket Club wants their guests to go into the meal blind, without anticipating what’s to come, knowing that people can become intimidated when looking at a menu that includes miso deviled eggs with radish crudites and salmon mousse, served alongside an infusion of gin botanicals. 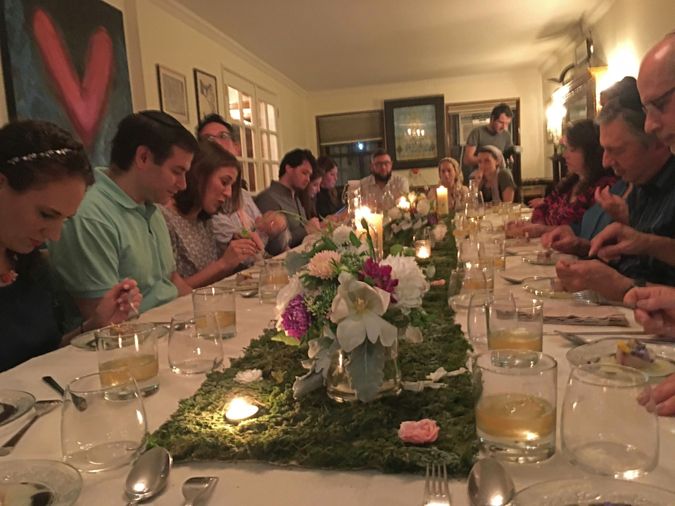 Attendees at a Musket Club dinner. Image by Shira Feder

But that’s not the only thing the musketeers want. The Musket Club dreams of having a physical, brick and mortar restaurant one day. They’re pondering a book of signature cocktails, and are fantasizing about opening a specialty store, selling items rarely seen in the kosher world, like white soy sauce, Katsuobushi or kosher vermouth. “It took us months to find a trout eggs supplier who doesn’t cure his own,” Halpern told me.

Their next dinner is happening in a month. The theme? Wilderness. The inspiration? Forty years of Jews wandering around the dessert, with nothing to eat but manna. The menu? Still in the planning stages. And you’ll only see it after you taste it.

The Kosher Dinner Club Without A Menu