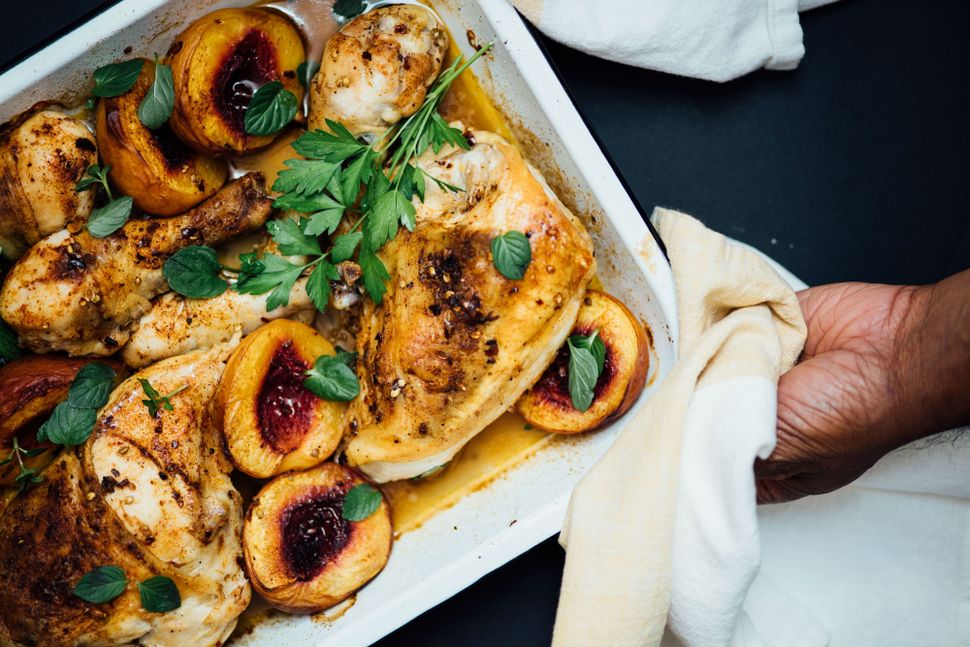 Nik Sharma, who recently made it to the upper echelons of the food world by landing a profile on the front page of the New York Times’ food section, is a man well equipped to talk about immigrant food.

When we contemplate the legacy of immigrant food, as Jews often do, we have to consider certain facts: that the way we eat now is an explosive melange of international flavors, a passport to travel, and a way to explore different cultures and traditions.

But tradition is a word Sharma, of A Brown Table, doesn’t like to mention. Whether his food hews closer to traditionally Indian food, more classic American fare or the other cultures he dips into in his new cookbook Season: Big Flavors, Beautiful Food doesn’t matter. The food is good, beautiful, and quietly subversive, and that’s all it really needs to be to represent the legacy of immigrant food, whether it acknowledges tradition or not.

(And let’s not forget that rejecting tradition is its own well-documented immigrant tradition, as some of the immigrant Jews at Ellis Island can confirm.)

You write that ‘Every tradition had to begin somewhere at some point, so go ahead and break the rules and make your own traditions!’ Do you find yourself trying to maintain a balance of tradition and innovation? 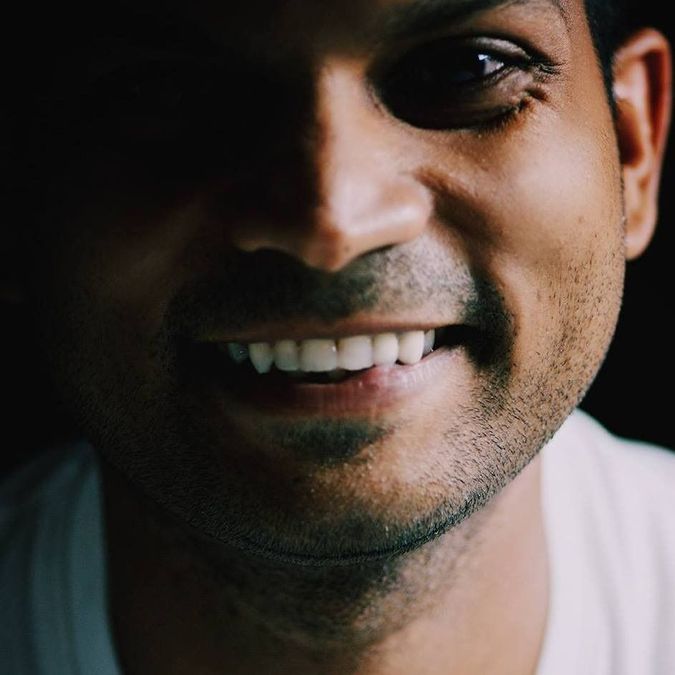 I try not to think about tradition. Tradition scares me. I hesitate and cringe when I hear the word tradition. I don’t even like to say ‘authentic’ too much because I feel it’s a cap. Why would you limit yourself when your world is so big?

My parents came from two different backgrounds, my father is Hindu, my mother’s Catholic. They had a love marriage, that their families did not accept initially. So I view tradition like that, it binds you and limits you. I don’t want to do that to myself in food.

John Birdsall called your photography ‘subversive’ in the introduction to Season, just by being different from the standard boilerplate food photography. Some people will recognize your hands from your pictures sooner than your face! Do you feel that your photography is subversive?

When I worked as a pastry cook, I realized that a lot of people who were working in the kitchen with me were from all walks of life; Asians, Mexicans, Indians, white people. I started comparing it to my experiences going to restaurants. You would never see these people in front.

It gave me some perspective on using the photos as a way to subtly tell people that there are people who don’t look like you, speak like you or sound like you who are in the kitchens cooking the food that you eat. So this was my way of making a statement, but also I really enjoy photographing so it all just fell into place for me.

What was it about food that inspired you to leave your pharmaceutical career to pursue your culinary dreams?

I came out when I was living in a new country by myself and I had a friend in New Orleans who just accepted me without asking questions. I still remember her mom’s food which was very comforting. Also to connect with what I had grew up with India, I started revisiting recipes cooked by my grandparents.

I can tell you what’s overused! Tumeric and cardamom, they’re great but we forgot there are so many other things to play with.

Some of the more subtle varieties of pepper should probably get more attention. Like the maharash and the aleppo red pepper flakes. They have such beautiful notes, even in the aroma.

‘Mine is the story of a gay immigrant, told through food,’ is how Season begins. How do you think immigrants can continue telling stories through food?

People evolve so much. Even your ingredients change from one country to another. When I moved to Cincinnati I learned there are way too many options for something like onions. When I was trying to replicate something I learned in India, it wasn’t coming out the same and I couldn’t figure out why. It turned out the water concentration in onions varies a lot. So I started looking for onions similar to the ones in India. It’s really subtle things that really change across geography.

I couldn’t afford to travel a lot as a student, but one thing I could afford was going to restaurants. Greek, Italian, Moroccan, Ethiopian…these places opened up avenues where I could taste food unfamiliar to me and bring elements back home.