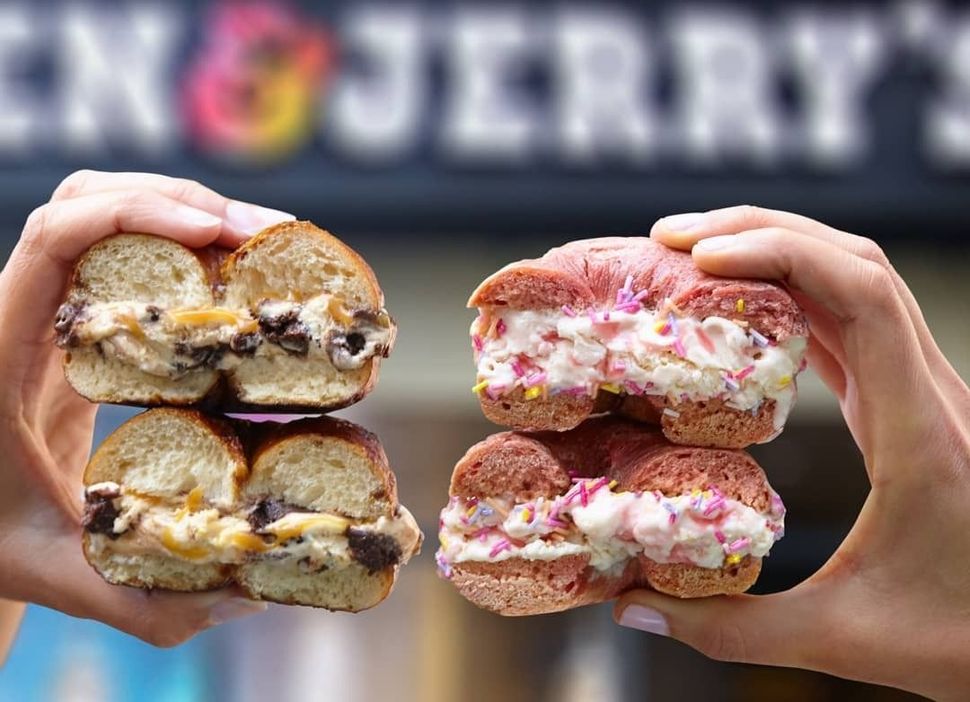 Image by Ben and Jerry’s

It’s only available in London, but Ice Ice Bagel is already making headlines. The new cross-breed of carbs and dairy is available at Ben & Jerry’s in Soho, London.

When Ben Cohen and Jerry Greenfield first decided they wanted to go into business together, they had their hearts set on infiltrating the bagel business. Though that never became a reality, as their first ice cream store opened its doors in 1978, now, 40 years later, “we are raising a spoon to what might have been,” the company wrote on its site.

Introducing our FIRST EVER Ice-Ice Bagel! Click the link in bio for ice cream bagel EUPHORIA!