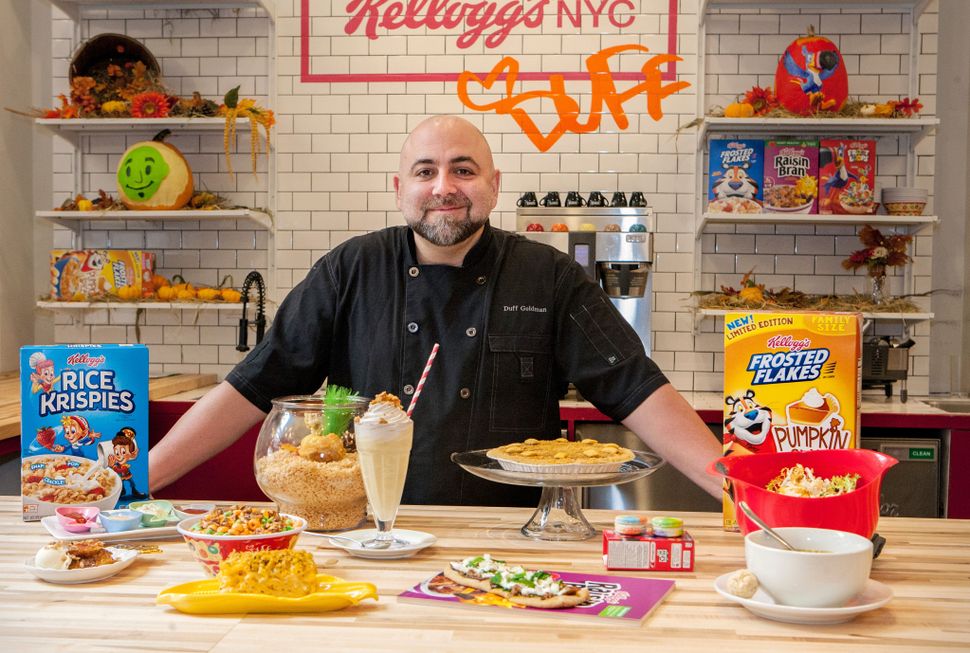 Do gourmet chefs use cereal in their cooking? Well, Food Network star Duff Goldman certainly does. He’s partnered with the Kellogg’s Café in New York for the cafe’s first ever chef-residency, with all proceeds benefiting No Kid Hungry, a non-profit dedicated to ending child hunger in America.

All of his dishes incorporate cereal, including a Chicken Soup with Rice Krispies Matzo Balls.

Goldman was kind enough to share his secret recipe with me, included below. From Corn Flakes Mac N Cheese to a Pumpkin Spice Frosted Flakes Rompope Milkshake, if you’re looking for a twist on the usual high holiday eats, Goldman’s created it. 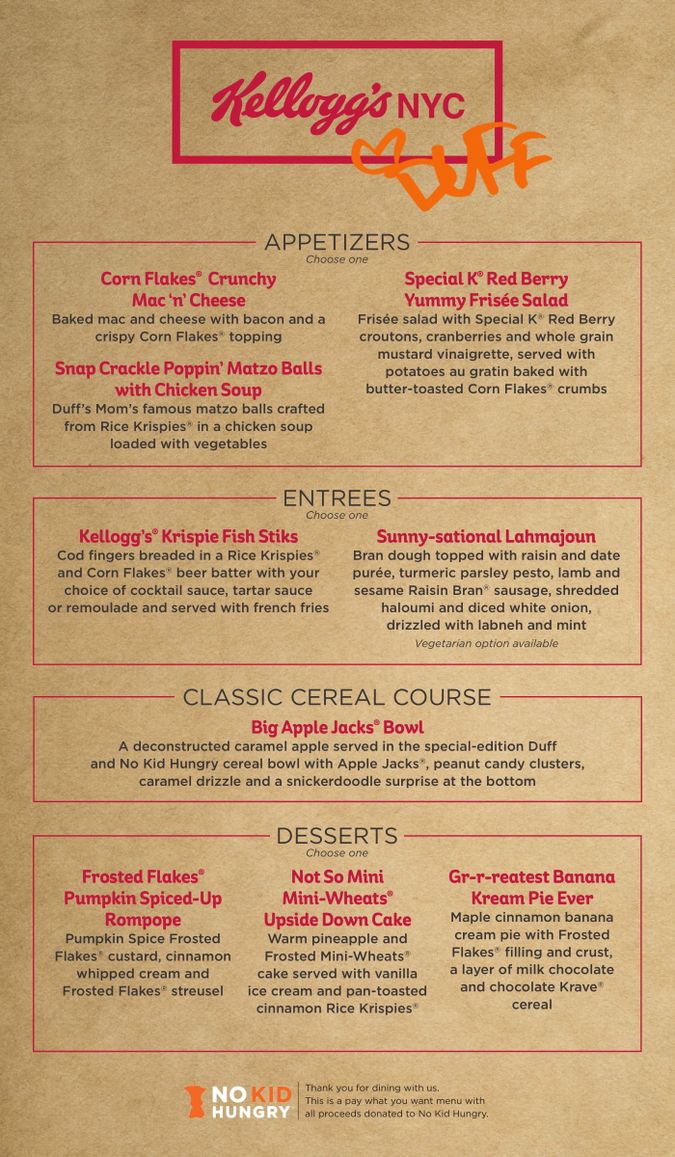 “They wanted someone who was really creative to try and show the versatility of cereal,” Goldman told me. “To do some cool stuff with cereal that’s not just crust over fish.”

Goldman got four cases of cereal and in three weeks, created a menu of gourmet creations, all involving cereals. Goldman is very passionate about cereal being gourmet. “I mean, I created a lahmajoun with it,” he told me.

But the recipe that’s inspired a bit of an argument in the Goldman family is the Matzoball Soup one. Goldman’s mother came up with the matzoballs and Goldman came up with the soup. Both Goldmans believe they make the most superior chicken soup. Which Goldman’s chicken soup recipe remains to be seen, but if you want to try your hand at something different this holiday season, the recipe is below. 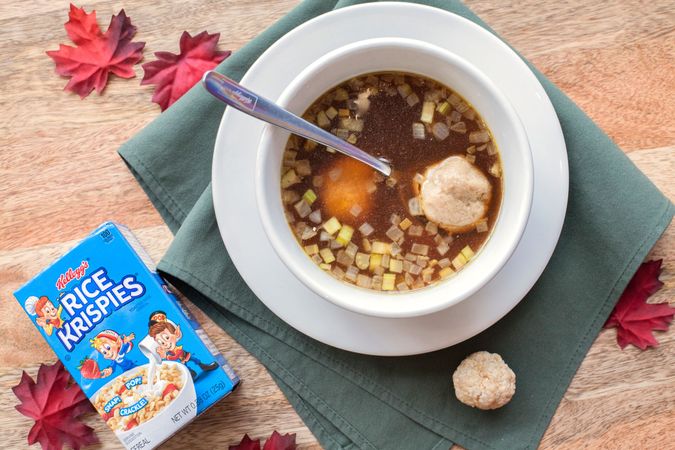 For the matzo balls:

In a food processor, grind the Rice Krispies to a fine dust.

In a large bowl, whisk the eggs with the water until just combined.

Bring a pot of salted water to a boil.

Remove the batter from the refrigerator. Coat your hands with oil then roll the batter into compact balls, about the size of a golf ball.

Gently release the balls into the water. At first, they will sink and stick just like real matzo balls. After about 15 seconds they will rise to the top. After they are all in the water, cover (allowing a bit of steam to escape) and reduce the heat to a simmer. Cook for 25 minutes.

•To make your own schmaltz, render plenty of chicken fat together with a diced yellow onion in a frying pan over low heat.

Stir occasionally, adjusting the heat to brown the onions. When the pan begins to look dry, add about ¼ cup of water, stir, and quickly cover so that the steam helps the onions plump and sweeten instead of burn. Do this a few times, as necessary, to brown the onions. Strain, cool, cover, and chill.

For the chicken soup:

Preheat the oven to 400F. Spread the chicken wings out onto roasting pans and roast in the oven until they are dark and the skin looks crunchy, about 40 minutes. Halfway through, add the onion, carrots, and celery and continue to roast. (If the vegetables begin to burn, remove those from the roasting pans and continue to roast the wings until they are deeply browned.) Remove from the oven and transfer the wings and vegetables to an 8-quart stock pot. Deglaze the baking sheets with a bit of water to ensure that all of that roasted flavor is in the soup. Add that deglazing liquid to the stock pot.

Add the remaining ingredients to the stock pot and simmer for 3 hours.

Strain. Remove the chicken meat from the bones and add it back to the soup. Depending on your taste, you can also serve the soup with the carrots. Serve in a bowl with 2 of the matzo balls.