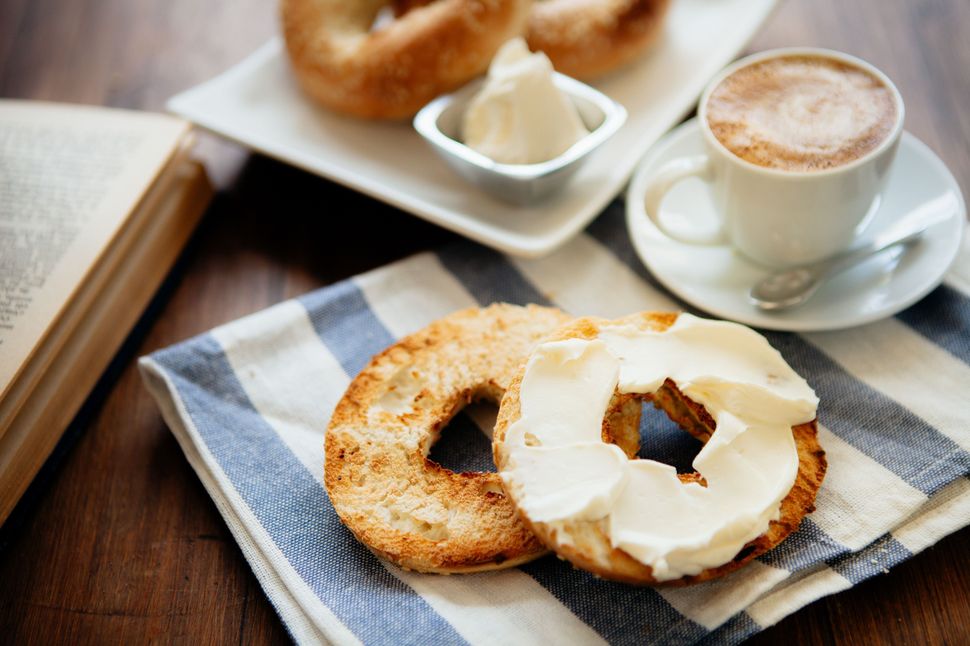 Mimi Sheraton thinks so. And a tweet to that effect sparked a tsunami online this week, with affronted lovers of the iconic baked goods circling the wagons around the esteemed food critic.

Responding online to Adam Gopnik’s New Yorker column about Cynthia Nixon’s bagelgate – Nixon orders cinnamon-raisin with lox, a shande on its own – Sheraton let loose. “Sorry Adam Gopnik,” she wrote. “Your native Canadian Montreal bagels are not bagels any more than Cynthia’s cinnamon-raisin choice… Too thin, sweet not salty, so many seeds atop it’s like chewing broken glass.” Gopnik had claimed Montreal boasts the world’s only real bagels.

It didn’t take long for the Twittersphere to explode.

In her own Tweet, Chesterman demanded an apology – not just on behalf of the baked goods, but the people who make them. “This is not only ridiculous but offensive to the people who make our great Montreal bagels to compare them to broken glass,” Chesterman fumed online. “Lost all respect for you Ms Sheraton tonight. You should know better. AND you should apologize.”

Nearly every Twitter response assailed Sheraton for the jab. “This is not food critiquing. It’s just mean,” one Tweeter carped. “Someone needs a tastebuds reboot,” kvetched another.

“Sheraton crossed a line,” Chesterman said. “There are people working hard, 24/7, to make those bagels. A lot of them are immigrants. This wasn’t a Trump tweet, but still. She didn’t actually find a piece of broken glass.”

The New York food doyenne, however, refused to back down. “Walk it back? No way,” she told the Forward. “Our critical judgments are based on different benchmarks.” Sheraton said the vitriol directed her way “amazed” her. “It must be coordinated, that kind of hate,” she said. “The only thing I’ve ever Tweeted that got the same kind of response was when I said Monica Lewinsky wasn’t a victim. People stopped talking to me.”

As Sheraton pointed out, the Tweet wasn’t the first time she’s used the “broken glass” analogy. In fact, in her 2015 tome 1,000 Foods to Eat Before You Die, Sheraton made the same comparison. And in a 2012 interview with me, she said the same thing, though the comments never appeared in print.

For the record, Sheraton thinks the best bagels at Brooklyn’s Bagel Hole, a Park Slope mainstay.

And Chesterman, the Montreal critic, thinks the best Montreal bagel — between longtime rivals Fairmount and St-Viateur — is “the one where I can get a parking spot.”