2018 In Food, According To Ruth Reichl 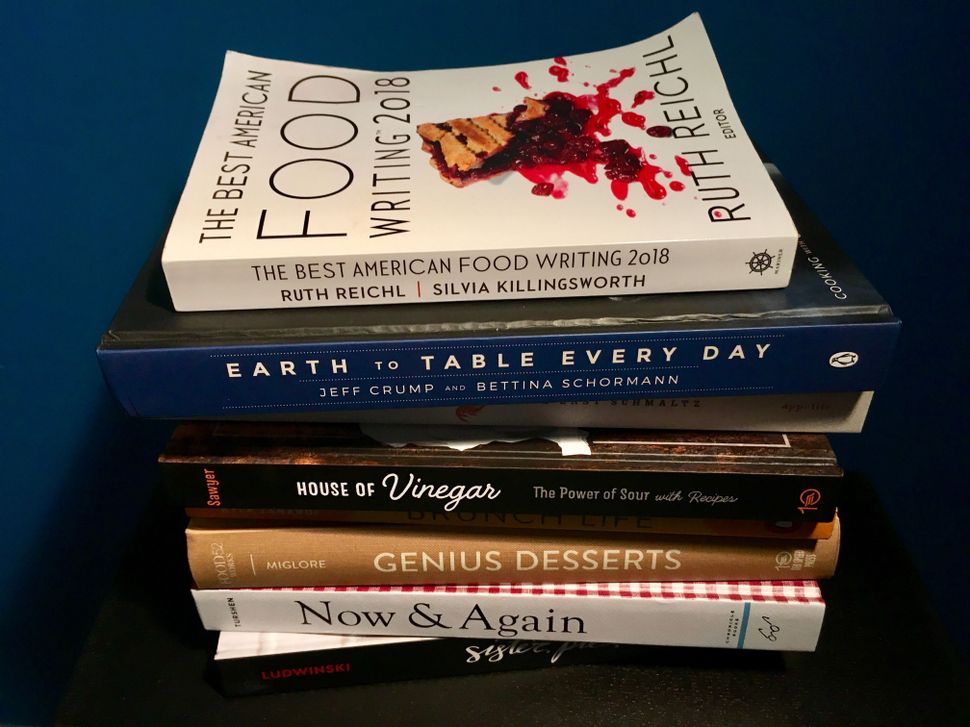 At Manhattan’s Rizzoli Bookstore, a heated conversation about food was happening, presided over by the elder statesman of food writing, Ruth Reichl.

Their mission? To talk tachlis on the food world — all the way down to the kosher meat of the matter — calling on decades of combined professional experience.

Their excuse? The release of the Best American Food Writing 2018, edited by Reichl.

The lure? Free wine and a chance to hear some of the prominent voices in the food world hold forth on the changing times.

“Everyone has a story about food,” said Silvia Killingsworth, who also edited the collection. “Have we over-intellectualized food to the point of absurdity? Definitely. Here’s this foam that tastes like cement. Do you want to try it? It’s one of 38 courses. But everyone has a food story. Even people who only eat eggs with ketchup. That’s a story.”

The audience, composed of mostly rabid Reichl-loving women, listened intently while writers expounded on the state of the food union. The greatest focus of the conversation was diversity in the food world — in a community that’s often accused of sheltering the white, male status quo, even as women continue to labor, unpaid, in their home kitchens. 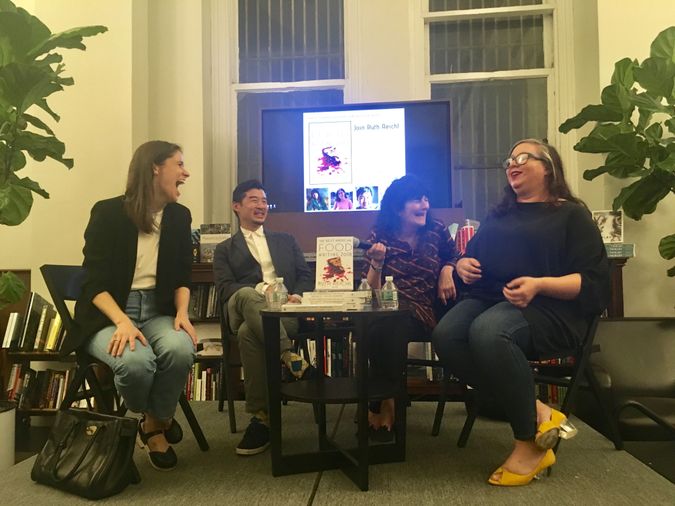 “I came for Ruth Reichl,” interior designer Christine Willenbrock confessed. Fellow attendee Susan Herman remembered making one of Reichl’s recipes for pomegranate gravy. “My kids didn’t like it,” she said. “They wanted the regular sauce!” But Herman liked it. Catherine Stone lives in Florida, but upon receiving an alert about the event from her brother-in-law, “I came,” she said. “I was coming anyways, but still!”

Houghton Mifflin Harcourt has been playing gatekeeper of American culture for years, with their Best Of Americana series, which spans poetry, fiction, essays and travel writing. But this is the first year they’ve taken a bite out of the world of food writing. Reichl, of all people, knows the struggle food has had with being taken seriously as a writing topic. “I’m a writer, not a food writer,” she would insist in her early career. It’s a mark of Reichl’s success that there is enough food writing that it is considered worthy of its own Best Of tomb.

The notion of the Best American Food Writing (or the best American anything,) raises the question of gatekeeping. Why this story and not that? Why stories from these publications and not those? Do we trust Ruth Reichl to adequately sum up 2018 in food for us?

Well, she certainly tries. #MeToo hangs over the book as women in the notoriously sexist industry attempt to grapple with the fall of giants like Mario Batali. “Batali has always in a sense been selling sex,” Helen Rosner of The New Yorker writes. Amanda Cohen is righteously enraged in her “I Worked In Food For 20 Years. Now You Finally Care About Female Chefs?” In Mary H.K. Choi’s exhaustive profile of Christina Tosi, special care is taken to extricate Tosi from the shadow of David Chang, who looms large over New York food. 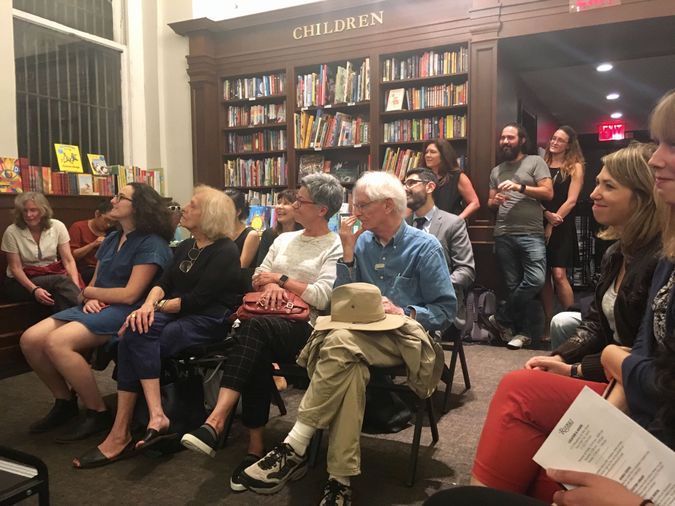 Reichl stressed that “food is a way of looking at virtually everything, from history, race, science.” To that end, the book covers classism through food, in Marissa Higgins’ excellent “The Struggles Of ‘Eating Well’ When You’re Poor,” gentrification through food, in Lauren Michelle Jackson’s “The White Lies Of Craft Culture,” and racism through food, in Ligaya Mishan’s “Born In The USA.”

Eating is one of the increasingly rare non-virtual experiences a person can have. “Even the most avid technocrat must occasionally escape from virtual space, and what better place to do it than in the kitchen, with all its dangerous knives and delicious aromas?” Reichl argues in her splendid introduction to the series.

At Rizzoli, crowds of not-so-avid technocrats remained to chat until the lights were turned off.

2018 In Food, According To Ruth Reichl