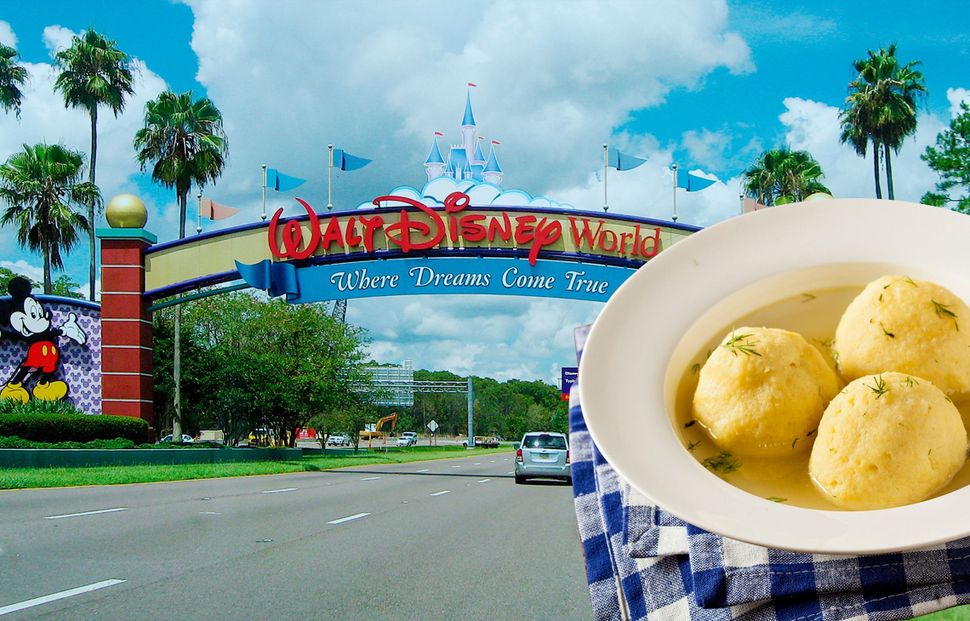 Well, well, well. If the rumors are true, then the anti-Semitic man who gave his name to the Disney company wouldn’t be too pleased to hear that the folks at Epcot, after years of delay, have finally offered up some Jewish food in the form of a “L’Chaim! Holiday Kitchen booth” for the 2018 Epcot Holiday Festival.

Eats will include pastrami on rye with mustard, potato knishes, black and white cookies and egg creams. The booth will be located somewhat incongruously between the France and Morocco pavilion, notoriously Sephardic areas of Jewry, while serving all the greatest hits of Ashkenazic cuisine. And considering that this is the Holiday Festival, and this booth is supposedly a commemoration of Hanukkah, why the assortment of random delicatessen items and not some Hanukkah-themed doughnuts or latkes?

Between November 18 to December 30, 2018, tourists can look forward to paying Disney’s shocking prices for sandwiches and cookies while nobly sticking it to Walt Disney’s legacy. Is it shocking that the festival received a kwanzaa booth before Hanukkah ever made its debut? Is it shocking that little-to-research was done on Jewish food culture before pumping out a menu and calling it a day? Is it shocking that I’m still bitter about the fact there has never been a Jewish Disney princess, even when there are so, so many options? Well, it’s not exactly shocking, but it ain’t exactly great.

It might be a few decades overdue, but Disney’s super-late acknowledgement of Jewish cuisine is a decent start.