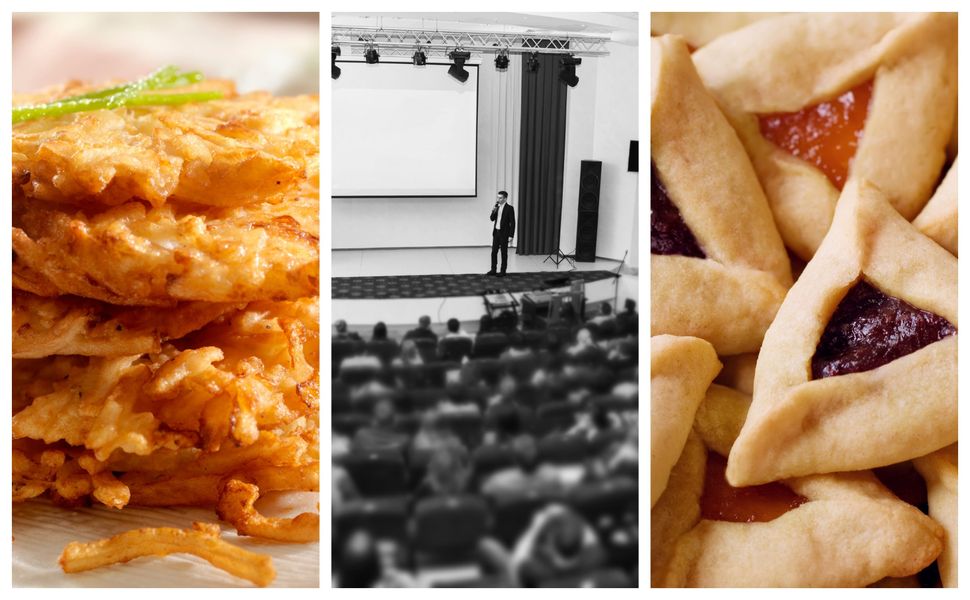 For 72 years running, some of the country’s foremost scholars have gathered in one of the University of Chicago’s most Gothic halls to debate one of the most challenging questions of our time: what is superior, latkes, the Hanukkah fried potato special, or hamentashen, the triangular Purim pastries?

To paraphrase 2018 debate moderator Joshua Feigelson, who serves as Dean of the Divinity School when he isn’t attempting to moderate the bloodiest of debates, the night is about the ‘latte-sipping, Subaru-driving, avocado toast-eating hamantashen partisan’ on the one side versus the ‘pickup driver who gets coffee at the local Denny’s and loves his latkes’ on the other – and the concerning polarization of the two. 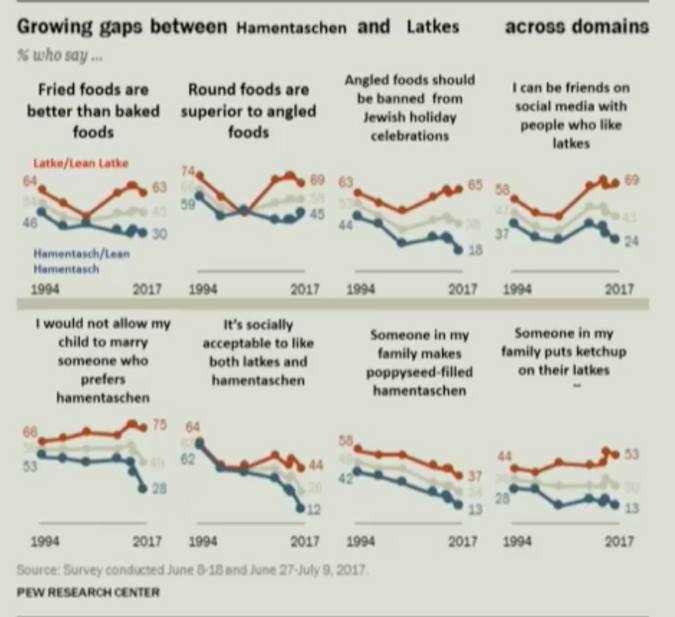 Since 1946, this competition has been strictly governed. All participants must hold a Ph.D or equivalent high degree, there must be a woman amongst the speakers, and all arguments must “be framed according to the theoretical position and jargon of the participant’s academic discipline; and each symposium must include someone who is not Jewish—to lend a note of ‘gentility,’” as reported by Ruth Fredman Cernea, of the “Great Latke Hamentash Debate.”

Prior attendees included philosopher Allan Bloom (a choice quote from his presentation: “What is bad is not that the economists say that man can live on latkes or hamentashen alone, but that they are vulgar materialists, not understanding the unique Jewish blending of matter and spirit in them which defies economists’ categories”), Professor Wendy Doniger, who argued that hamentaschen are a womb equivalent in “The Archetypal Hamentasch: A Feminist Mythology,” as well as astrophysicist Edward Kolb, who nobly argued for more scientific attention to be paid to the quark structure of latkes versus hamantashen, “at the modest cost of 8.264 billion dollars.” 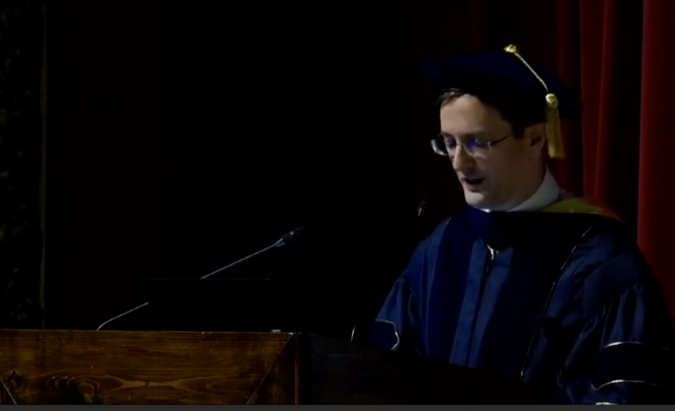 The idea was born in 1946, when Rabbi Maurice Pekarsky, director of the U of C Hillel, along with historian Louis Gottschalk and anthropologist Sol Tax, decided to do something as a morale-booster for Jewish students, who were uncomfortable with the onslaught of Christmas celebrations on campus, and concerned about where the intersection between Jewish tradition and secular academia lay. And so the great latke-hamentash debate was born, and hundreds of people still attend yearly.

This year, the room collectively booed at the mention of putting ketchup on latkes. This year philosopher Ben Callard did his best to debate the metaphysics of latkes versus hamantashen, wondering “Are hats bags for your head? Are hamantashen bags? Are they simulations of holes?” You get the idea. Dr. Leslie Kay presented ‘Latkes Versus Hamantashen: An Evidence Based Approach.’ And fiscal policy expert Paula Worthington gave a talk too complex for our pages.

And an in accordance with the ‘two Jews, three opinions’ tradition, the final outcome left many drifting out of Mandel Hall, kvetching and hungry.